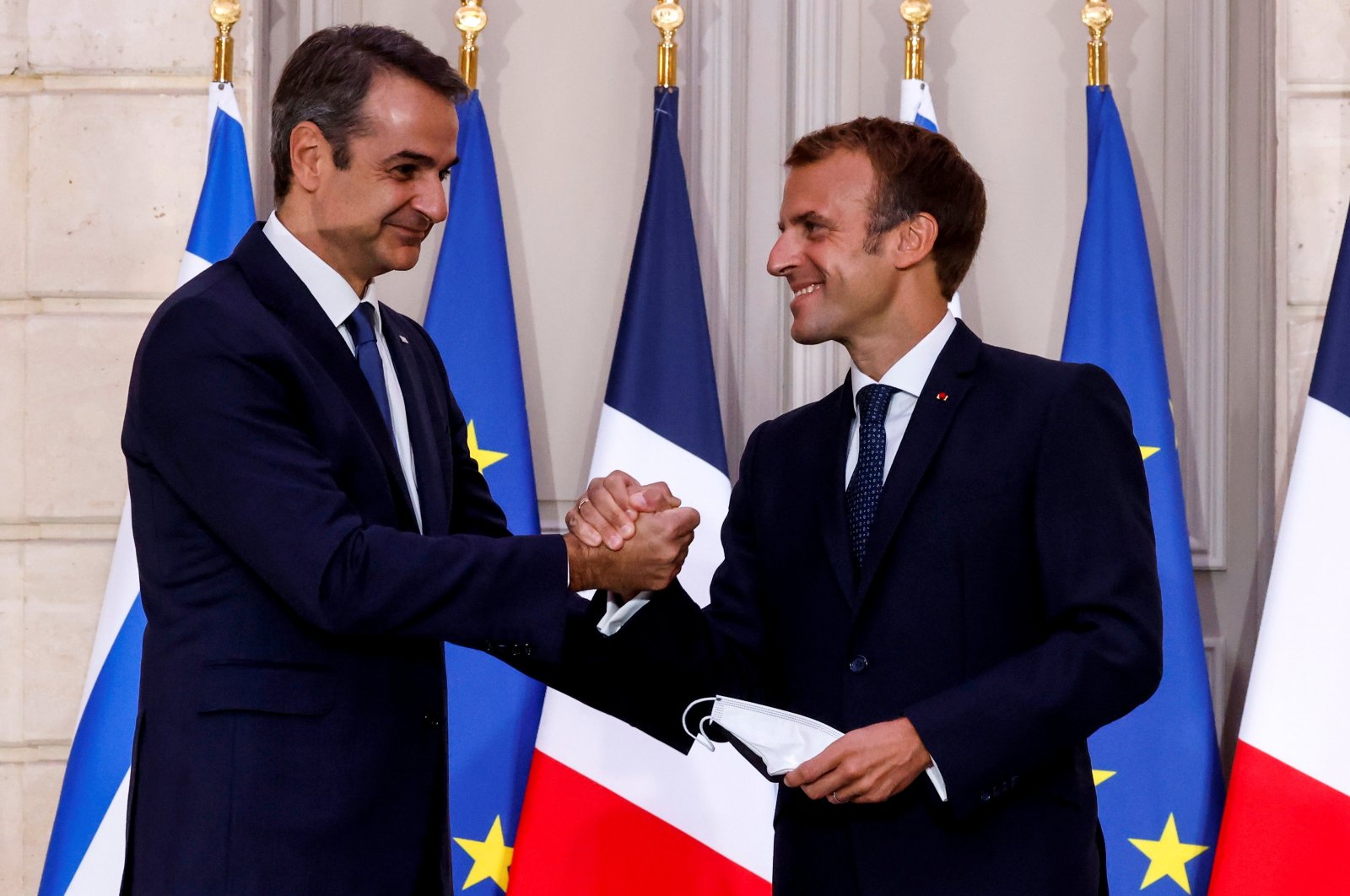 Greek Prime Minister Kyriakos Mitsotakis claimed that the new defense agreement between Greece and France will allow both sides to come to each other's rescue in event of external threats, as the country is involved in a number of disagreements with Turkey, ahead of its parliament vote Thursday.

Mitsotakis signed the deal with French President Emmanuel Macron during a Sept. 28 visit to Paris, during which Greece also announced it would be buying three French frigates for the Greek navy.

The purchase and defense deal come at a time of generally increased tensions between Greece and its fellow NATO member and neighbor Turkey over energy exploration rights in the Eastern Mediterranean.

Thursday’s parliamentary debate and vote are for the defense pact only, not the purchase of the warships. The deal is expected to be ratified as the governing conservatives have a comfortable majority in parliament.

"For the first time it is clearly stipulated that there be military assistance in the event of a third party attacking one of the two states," Mitsotakis told Greek lawmakers.

"And we all know who is threatening whom with a casus belli in the Mediterranean," he added, in a clear reference to Turkey.

Ankara and Athens have been at odds over several issues for years, from conflicting Mediterranean maritime claims to air space and migration. The allies came close to a confrontation last year, hurting ties between the European Union and Ankara.

The countries are at odds over the extent of their continental shelves and their maritime boundaries, a fact which has hindered any expansion by Athens of its territorial waters to 12 miles (19 km) in the Aegean.

Turkey, which lies to Greece's east, says such a move from Athens would be a casus belli, or cause for war. Some Greek islands lie less than 12 miles from Turkey's western coast.

All NATO allies are required to come to the aid of a member state that suffers aggression, but the decadeslong tensions between Athens and Ankara are complicated by the fact that Turkey too is a member of the Atlantic alliance.

As well as the continental shelf issue, relations between Greece and Turkey have long been strained over other territorial issues in the Eastern Mediterranean, including air space, energy, the status of some Aegean islands, and the ethnically-split island of Cyprus.

Turkey, which has the longest continental coastline in the Eastern Mediterranean, has rejected maritime boundary claims made by EU members Greece and the Greek Cypriot administration, stressing that these excessive claims violate the sovereign rights of both Turkey and the Turkish Republic of Northern Cyprus (TRNC). Both sides cite a range of decades-old treaties and international agreements to support their conflicting territorial claims.