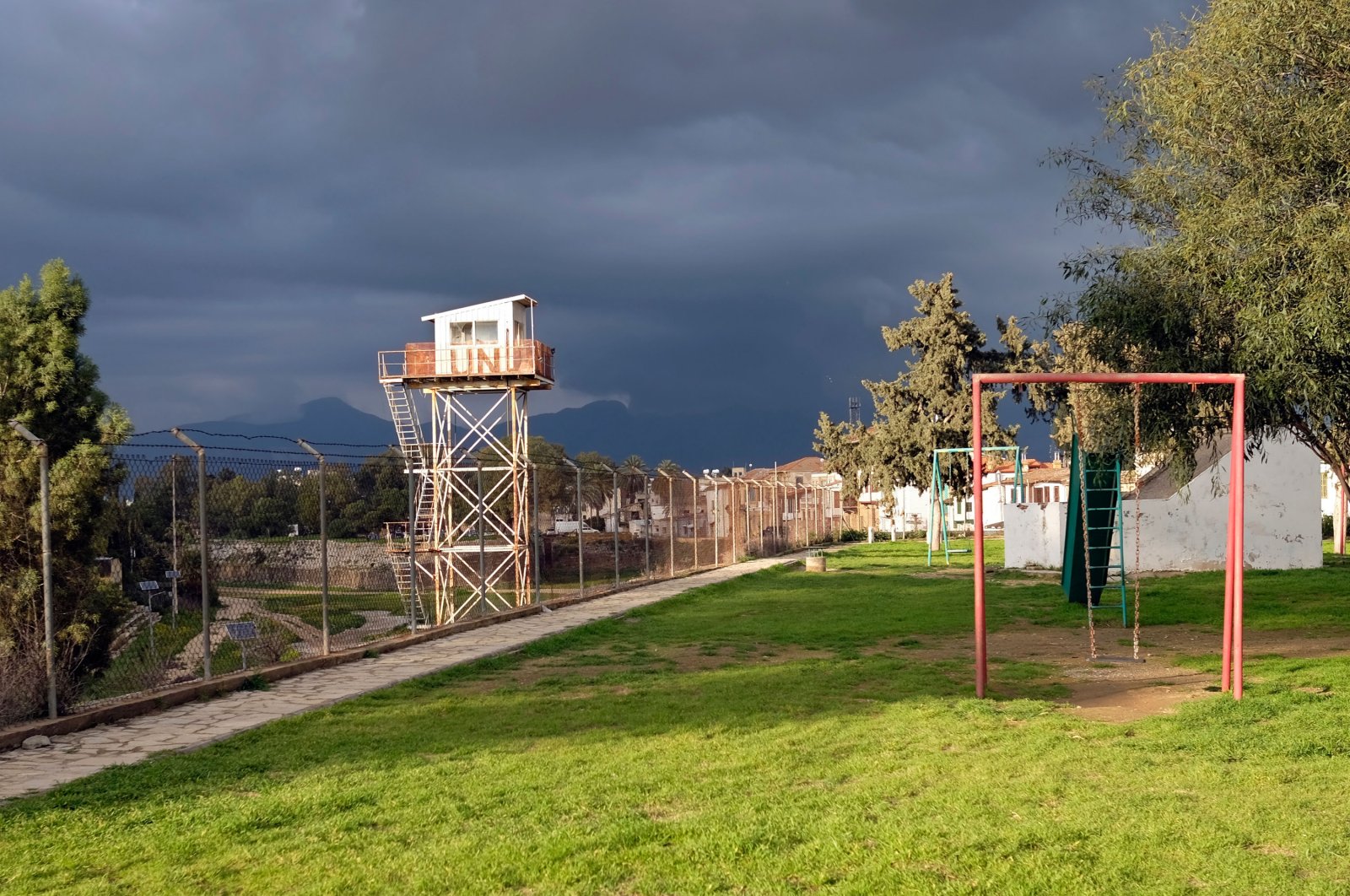 United Nations guard tower in the "Green Line" between the North and South of Nicosia, Cyprus next to a playground, Feb. 20, 2020. (Shutterstock File Photo)
by Anadolu Agency Jul 01, 2021 4:04 pm
RECOMMENDED

"Both sides noted the need to create conditions for further advancement of the negotiation process between the communities, and confirmed the key role of UNFICYP in maintaining security" on the island, a statement by the Russian foreign ministry said.

Russia will continue to contribute "in every possible way" to achieving a comprehensive, fair, and viable solution on Cyprus based on a generally recognized legal framework, suggesting the establishment of "a bi-communal bi-zonal federation" on the island with a single international legal personality, sovereignty, and citizenship, it said.

The Turkish Republic of Northern Cyprus (TRNC) and Turkey – a guarantor country for the island – have said for the island to move forward, the fruitless push for a federation must be replaced by proposals based on equal sovereignty for both sides.

Cyprus has been mired in a decadeslong struggle between Greek and Turkish Cypriots, despite a series of diplomatic efforts by the U.N. to achieve a comprehensive settlement.

The island has been divided since 1964, when ethnic attacks forced Turkish Cypriots to withdraw into enclaves for their safety. In 1974, a Greek Cypriot coup aiming at Greece's annexation led to Turkey's military intervention as a guarantor power.

The Greek Cypriot administration, backed by Greece, became a member of the European Union in 2004, although in a referendum that year most Greek Cypriots rejected a U.N. settlement plan envisaging a reunited Cyprus joining the EU.