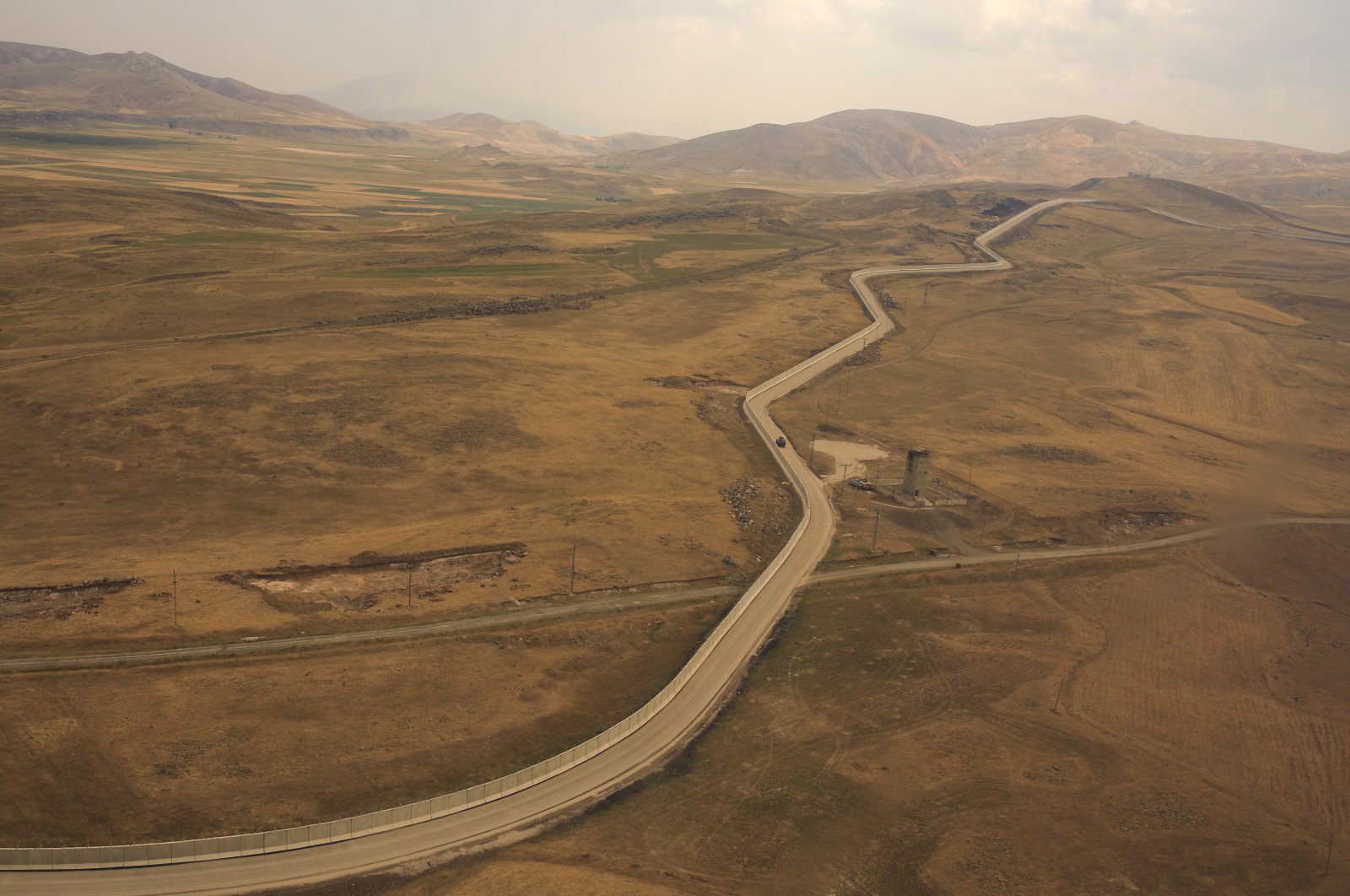 More than 80,000 land mines located on the border with Iran in eastern Turkey will be cleared as part of a joint project prepared by the European Union and the United Nations Development Programme (UNDP).

The 18.6 million euro ($21.7 million) project, funded by the EU and carried out by the UNDP and the Turkish Mine Action Center (TURMAC - MAFAM), covers the area near the Turkey-Iran border.

In addition to temporary jobs created during the demining process, the project also seeks to boost the local economy by allocating some of the cleared lands to farmers and livestock herders. Additionally, some deminers recruited in Turkey in the initial phases of the project resumed their careers abroad.

On the first day of his Iğdır visit, Head of the EU Delegation to Turkey Ambassador Nikolaus Meyer-Landrut and his delegation paid a courtesy visit to the Governor of Iğdır, Mr. Hüseyin Engin Sarıibrahim.@sariibrahim_h pic.twitter.com/DE7eQr7Z2A

“Integrated border management is an approach that the EU promotes in all its programming, including in the de-mining of state borders. It stands for a modernized, cost-efficient and – more importantly – humane way of border protection. EU’s support to the removal of land mines also helps Turkey meet its commitments under the Ottawa Convention, to which Turkey is a party since 2004, and which bans the use of anti-personnel land mines,” Meyer-Landrut said in remarks carried by the website of the EU Delegation to Turkey.

Describing land mines as the most inhumane tool for border control, UNDP Resident Representative Louisa Vinton said: “They kill indiscriminately and jeopardize rather than protect the lives of people charged with managing the border. That is why we are so proud that UNDP Turkey is currently managing the largest de-mining project underway under United Nations auspices anywhere in the world. The large scale is testament to Turkey’s strong commitment to humanitarian border management, in line with EU standards.”

Separately, a $2.5 million budget was also allocated by the government for the UNDP to support TURMAC in assessing some 3,502 minefields in the region, which would serve as the basis of future demining projects.

“We have been working successfully in this humanitarian demining operation with the EU and UNDP since 2016, to contribute to Turkey’s border surveillance and management capacity,” Eren said. “We are confident our efforts to eliminate the risk posed by landmines will ensure a safer environment for people and boost the local economy.”

Currently, 175 personnel and 16 mine detection dogs are working in four Turkish provinces for demining operations.

The project also seeks to provide further training to TURMAC personnel in various areas, while cooperating with nongovernmental organizations (NGOs) and the Turkish gendarmerie to educate locals in more than 900 villages about land mines and unexploded ordnances.

In becoming a party to the Ottawa Treaty in 2004, Turkey agreed to phase out anti-personnel land mines and establish a humanitarian border surveillance system. The UNDP’s efforts help mark measurable progress toward compliance with the Ottawa Treaty while achieving the goals set by the EU for integrated border management. Turkey is one of 30 countries where the UNDP is working to support demining and national mine action authorities.

Turkey abolished the use of anti-personnel land mines by the Turkish Armed Forces (TSK) in 2011. A mine clearance agency that is tasked with removing land mines planted in the country's border regions was established in 2015.

Turkey is one of the 10 states with massive antipersonnel mine contamination, which includes over 100 square kilometers of contamination, according to the Landmine Monitor 2020.

The country became a party to the Ottawa Treaty, a worldwide convention for the clearance and banning of anti-personnel mines in 2004, and was granted an extension to the time frame it was required to destroy all landmines in its territories in 2013 as Turkey failed to meet the first deadline in March 2014. Turkey's efforts to clear the land mines were hindered when unrest erupted in Syria in 2011, with which it shares a border of 915 kilometers (568.56 miles), heavily covered with mines. The conflict between the Syrian regime and the opposition over the border in Syria further complicated efforts for planned tenders on land mine clearance work.