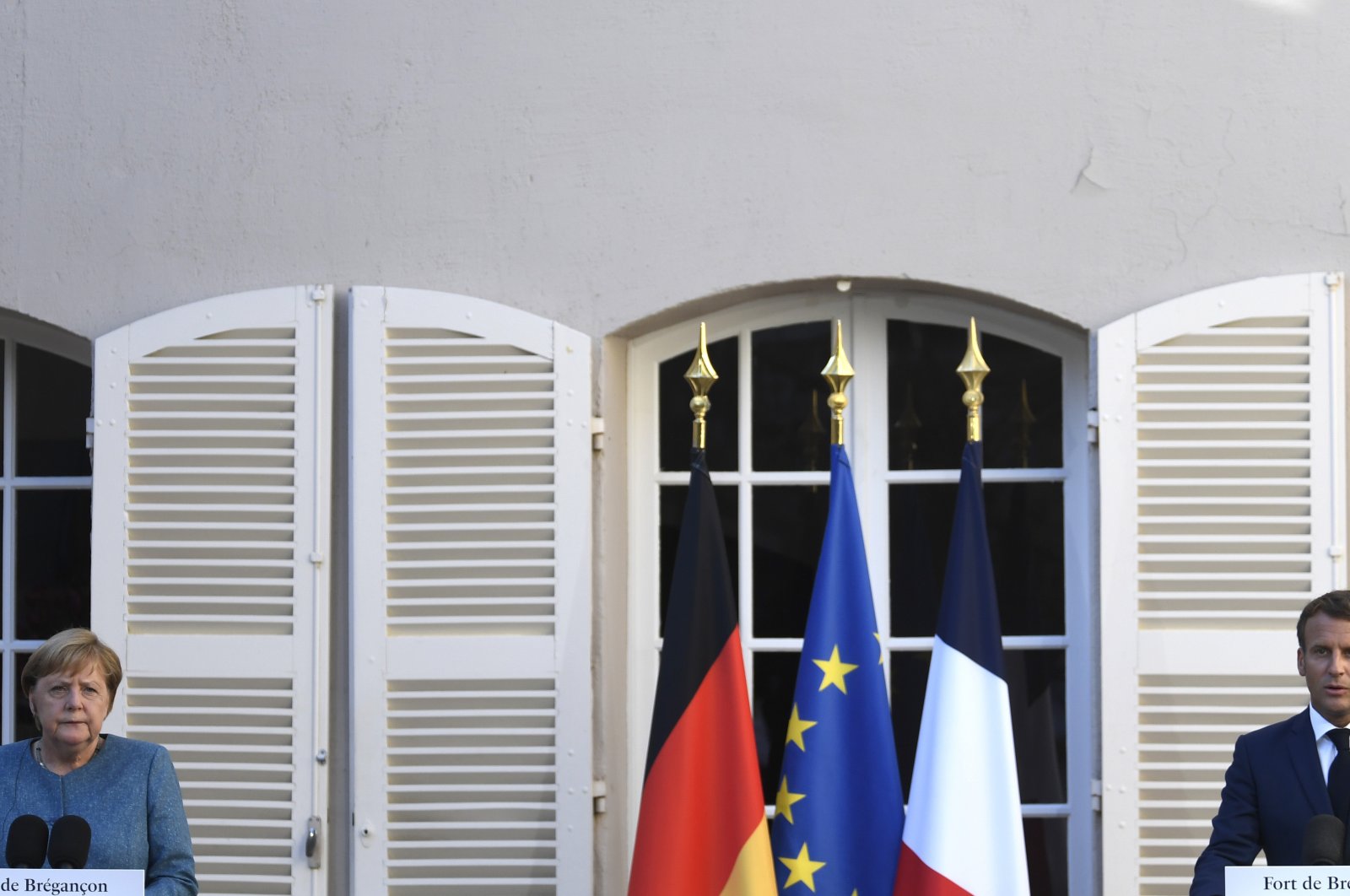 German and French leaders on Thursday called for a de-escalation of tensions in the Eastern Mediterranean and vowed to support diplomatic efforts to resolve maritime boundary disputes between Greece and Turkey.

German Chancellor Angela Merkel reiterated her call on Greece and Turkey to resume direct talks to resolve their long-standing disputes and said Berlin and Paris would enhance their cooperation to facilitate a diplomatic solution.

"We need stability in the Eastern Mediterranean, not tensions. We are aware of the critical situation there. I am confident that if Germany and France join their forces, hopefully, we can find a good solution, which can make cooperation possible," Merkel told a joint news conference with French President Emmanuel Macron, following their meeting at Macron's presidential mansion of Fort de Bregancon on the Mediterranean coast.

Merkel also underlined that it was important to maintain unity among EU member states, and demonstrate solidarity with EU members Greece and the Greek Cypriot administration.

Meanwhile, Macron renewed his criticism of Turkey, but also expressed readiness to promote a constructive dialogue among all states in the Eastern Mediterranean, including Turkey, to de-escalate tensions and resolve current disputes.

He also argued that recent diplomatic initiatives of Berlin and Paris on the Eastern Mediterranean were not contradictory but complementary, and said they were pursuing the same goals, such as supporting the sovereign rights of EU member states and protecting stability in the region.

Merkel's diplomatic efforts for mediation between Turkey and Greece was severely undermined earlier this month after Macron announced that France will send its warships to the region in support of EU member Greece.

Macron's move has further escalated tensions in the Eastern Mediterranean.

But on Thursday, during the press conference with Merkel, the French president underlined the importance of Merkel's diplomatic initiative and said Paris will support Berlin's efforts.

Greece has around 6,000 islands and smaller islets in the Aegean and Ionian Seas, more than 200 of them inhabited. On the other hand, Turkey has the longest coastline in the Mediterranean.

The search for oil and gas has long been a source of tension between NATO allies Greece and Turkey.