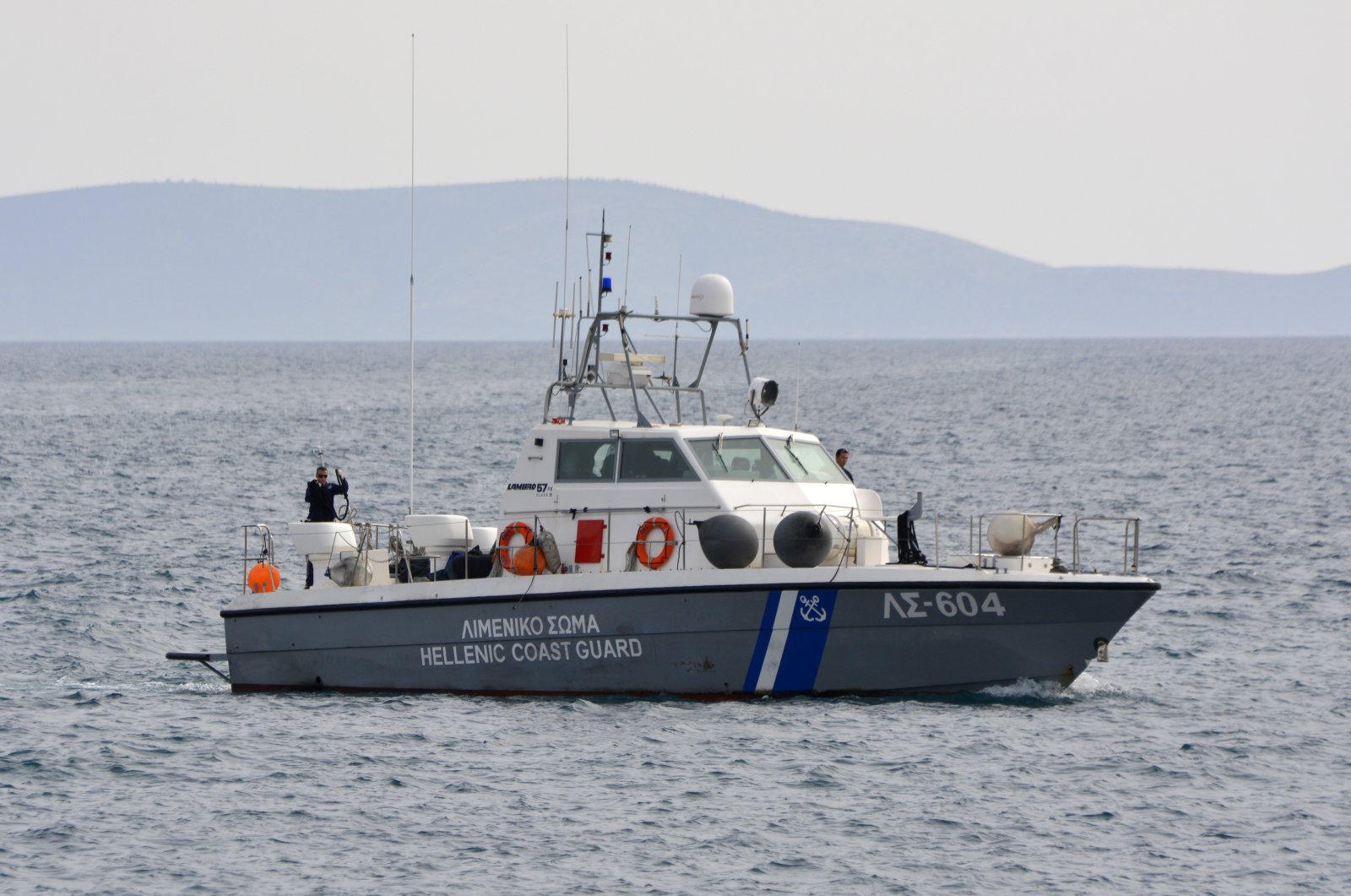 A coast guard vessel arrives with the bodies of migrants at the port of Pythagorio on the eastern Greek island of Samos, Greece, March 17, 2018. (AP File Photo)
by daily sabah Dec 07, 2021 12:18 pm
RECOMMENDED

An 18-year-old Cameroonian migrant, who claimed that he was thrown off a vessel into the Aegean Sea by the Greek coast guard units, has submitted a complaint to the European Court of Human Rights (ECtHR), reports said Tuesday.

Obbo is filing the case with the ECtHR with legal assistance from the Yaşamak social solidarity association based in Izmir.

Obbo’s lawyer Esengül Kıran told AA that his mental health was devastated when he met with the association.

She noted that the Greek coast guard had handcuffed Obbo and his two other friends and threw them in the sea without life jackets, pushing them with their weapons.

“This is a conscious action (that) intentionally targeted their lives,” the lawyer said, adding that Obbo’s ravaging experience fighting death at sea and seeing his friend’s dead body afterward have taken a serious toll on his mental health.

Kıran continued by saying that countries can deport individuals who illegally enter their land, but cannot violate the rights to live, or torture them.

Meanwhile, Mehmet Arslan, who is also Obbo’s lawyer, also said his client was traumatized when he sought their assistance.

“It was quite obvious that he had been beaten. He also had bruises on his face,” Arslan said.

Arslan noted that they chose to directly apply to the ECtHR as there are no other legal institutions to submit a complaint about Greece’s violations.

According to Turkish Coast Guard Command officials, Obbo said he managed to swim to the shore, but that the two people with him had drowned on the way.

On Sept. 14, a group of 36 people had arrived by boat on the island of Samos, where 28 people from this group were later caught by Greek security forces, after which he and seven others fled.

“They started firing left and right once they saw us. We were in two groups in the forest. After walking in the forest for an hour we were caught by the Greek police. They started punching us and they searched us. They took our phones and money, threw us into their car, telling us not to look out the window. They said they would kill anyone who lifts their head. They lifted us like animals and then threw us onto their own vessel. They kept hitting us there,” Obbo said.

He recounted that the Greek forces had taken them on a sea route they were not familiar with, stopping the engine in the middle of the water.

“They took my sibling Aliya and threw her in the sea. Later, they threw Yusuf into the sea. They also wanted to throw me over, but I resisted. That’s why they punched me in the head. They were able to throw me in, too, when I had no strength left,” he said.

After a while, he said, he saw Yusuf’s body in the sea and said he tried to drag him to the shore.

“I did CPR to see if I could resuscitate him and I also checked to see if he was alive, but he wasn’t. I saw him die and attached a stick and rag to his side. I didn’t know where I was. I didn’t know whether to walk by the sea or go to the forest. I slept in the forest. The next day, I decided to walk by the beach. While walking, I saw a house on the hill. When I got there, I realized that the house was an old police station. I checked to see if I could find food or water, but there was none and I took the road in front of it. There, the gendarmerie came and rescued me,” he said.

On Sept. 18, a lifeless body belonging to an irregular immigrant from Cameroon was found in the Kuşadası district of Aydın, in western Turkey.

On Sept. 20, the body of another Cameroonian irregular migrant was found by Turkish coast guard personnel.

The identities of both bodies were confirmed by Obbo.

Turkey has repeatedly condemned Greece’s illegal practice of pushing back asylum-seekers, saying it violates humanitarian values and international law by endangering the lives of vulnerable migrants, including women and children.