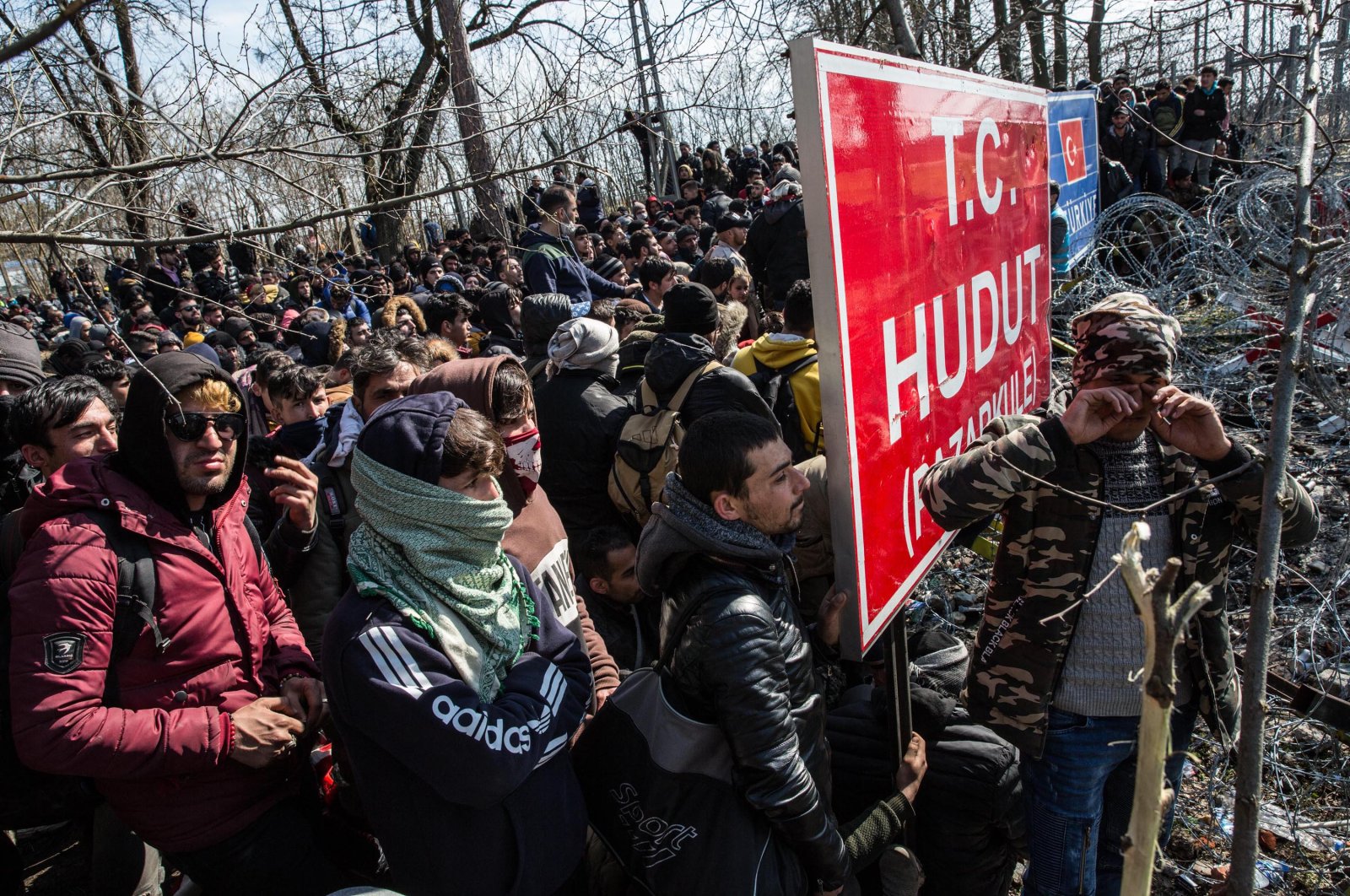 Migrants and refugees continue to wait amid bleak conditions on the Turkey-Greece border for 28 days, in the hope that Greece will open the doors to asylum in the EU. (DHA Photo)
by DAILY SABAH
Mar 26, 2020 1:14 pm

Some 150,600 migrants and refugees succeeded to enter Greece by land or sea since Feb. 28 when Turkey announced that it will not prevent migrants from trying to cross over the border to Europe anymore, Interior Minister Süleyman Soylu said on Thursday.

He also reported that nearly 4,600 migrants are still waiting near the Pazarkule border gate in Turkey’s western province Edirne.

It has been almost a month since migrants and refugees moved toward the Greek border to enter the European Union but were blocked by Greek security forces, who used tear gas, bullets and water cannons against those trying to cross.

Despite an onslaught of attacks and rough measures by Greek police and border authorities, migrants and refugees have continued to wait amid bleak conditions on the border for 28 days, in the hope that Greece will open the doors to asylum in the EU.

The latest humanitarian crisis in Idlib, caused by Assad's attacks on civilian-populated areas, has forced nearly 1 million people to move near the Turkish border for refuge. The renewed attacks risked another wave of migration to Turkey, which already hosts 3.7 million Syrian refugees and says it cannot take in any more.