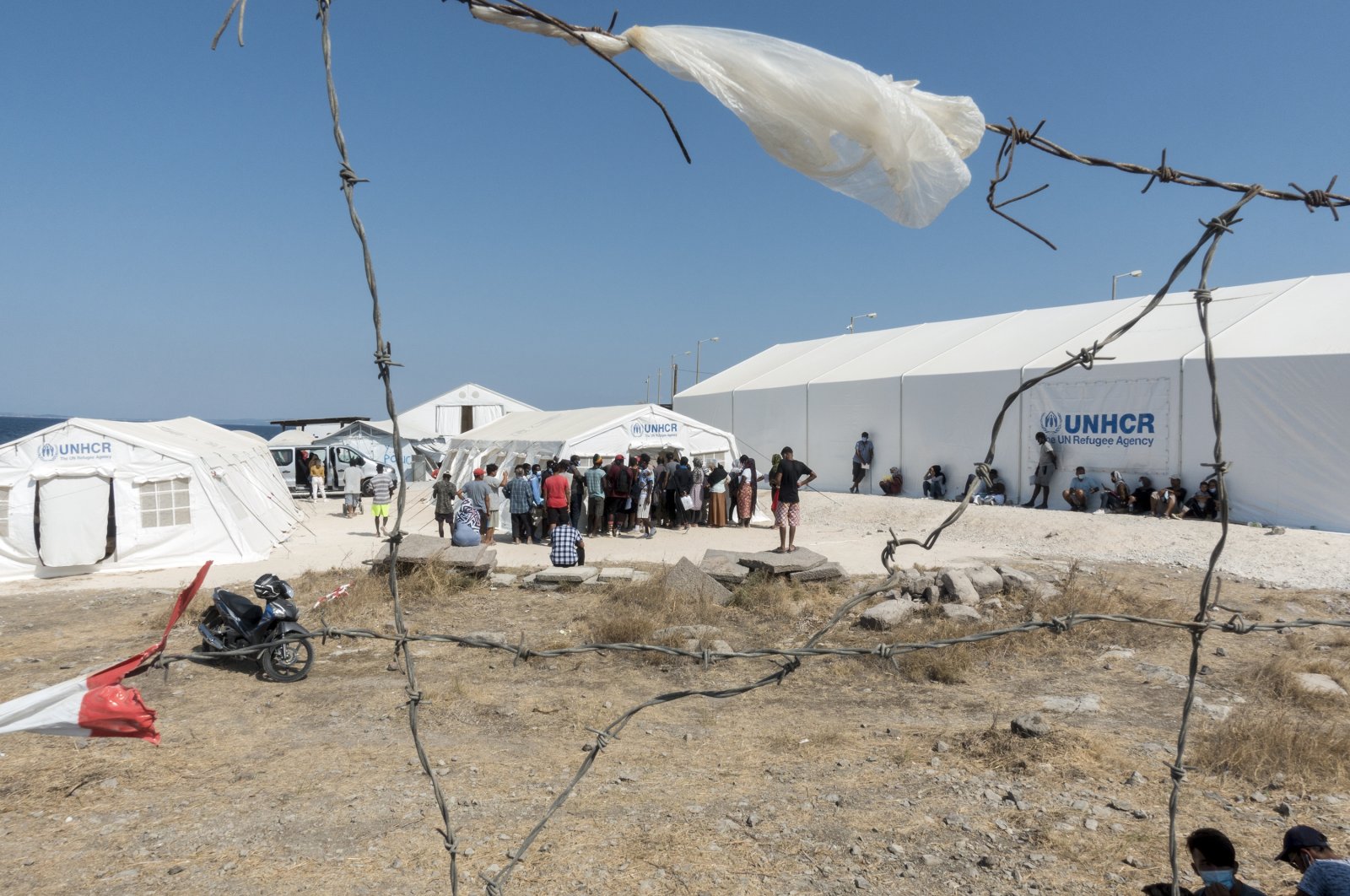 After a blaze at Greece's Moria camp displaced over 12,000 people, most of them migrants from Afghanistan, Syria and various African countries, the refugees were placed in a new camp which again dashed hopes and dreams for a better life

Refugees of Greece’s Moria camp, who fled war and conflict for the chance of a better life, now face renewed challenges after a blaze destroyed the camp.

Refugees who were moved to a new camp after the fire on Greece’s Lesbos island two weeks ago report that the conditions at the new camp are not humanitarian.

The migrants' already crowded and squalid quarters at Moria were largely destroyed in the overnight fire, forcing thousands of people out onto the streets and into nearby olive groves.

“The new camp is also in poor condition. There are no sufficient baths and toilets,” Mina, an Afghan refugee said, adding that not being able to shower for a week was hard.

“Together with Moria, the good and bad memories we had there are also lost,” the 17-year old said.

Mina remembered the night of the incident, saying: “It was a bad night. We were afraid. We slept on the streets for a week. It is hard to live here.”

After the camp housing around 12,000 migrants burned down, some 10,000 were moved to provisional tents.

The unhygienic conditions in the new camp have created a challenge for refugees who are even more vulnerable as cases of COVID-19 rise globally.

More than 240 asylum-seekers at a temporary camp on the Greek island of Lesbos have contracted the coronavirus, the public health agency said on Monday.

The National Public Health Organization (EODY) said in a statement that 243 new infections had been detected among 7,000 asylum-seekers tested at the new camp.

Another Afghan refugee, who said that he and his family were asleep when the fire hit the camp, said: “We ran out taking only some important stuff and our migration application forms.”

Explaining that many refugees experienced ill health effects due to smoke inhalation and that he and his family had to live on the streets without food and water for some time, Mohammed said: “We are tired of being dragged here and there. We want a place where we can live like humans.”

The disaster renewed criticism of EU migration policy, which has allowed huge bottlenecks of migrants to form at the bloc's external borders. The European Union announced a major overhaul of its asylum system Wednesday in hopes that more countries will finally share responsibility for people landing on Europe’s shores seeking sanctuary or better lives.

The move comes after years of chaos and dispute among the bloc's 27 nations over the handling of migrants and refugees amid a recognition that the current EU system for deciding whether they should receive protection or be sent home has failed.

EU nations have responded in various ways, from erecting razor-wire border fences to ignoring emergency calls from overcrowded smugglers' boats in the Mediterranean Sea. Some migrants have been left to languish on ships for weeks rather than being allowed into safe harbors. Aid groups and European citizens face criminal charges for their efforts to save lives.

The new plan hinges on the fast-track screening of migrants arriving at Europe’s borders without permission. The catch is that the plan involves “flexible forms of support, starting off on a voluntary basis.” So far, voluntary EU migration management schemes have tended to fail.

A group of eastern European countries on Thursday rejected the EU's new plan for handling migrants.

The leaders of Hungary, Poland and Czechia, who all have a tough anti-immigration stance, held talks with top EU officials.

Together with Slovakia, the three countries make up the Visegrad Group, which has vehemently resisted previous EU efforts to distribute refugees using a mandatory quota system.

"There is no breakthrough – there are many changes but that is not yet a breakthrough," Hungarian Prime Minister Viktor Orban told reporters after talks in Brussels, "Breakthrough would mean outside hot spots, so nobody can step on the ground of the European Union without having permission to do," Orban said, referring to the idea of screening centers located outside Europe.

His Polish counterpart Mateusz Morawiecki said the Visegrad Group would stick by its demands for "the most rigorous and effective border control policies."