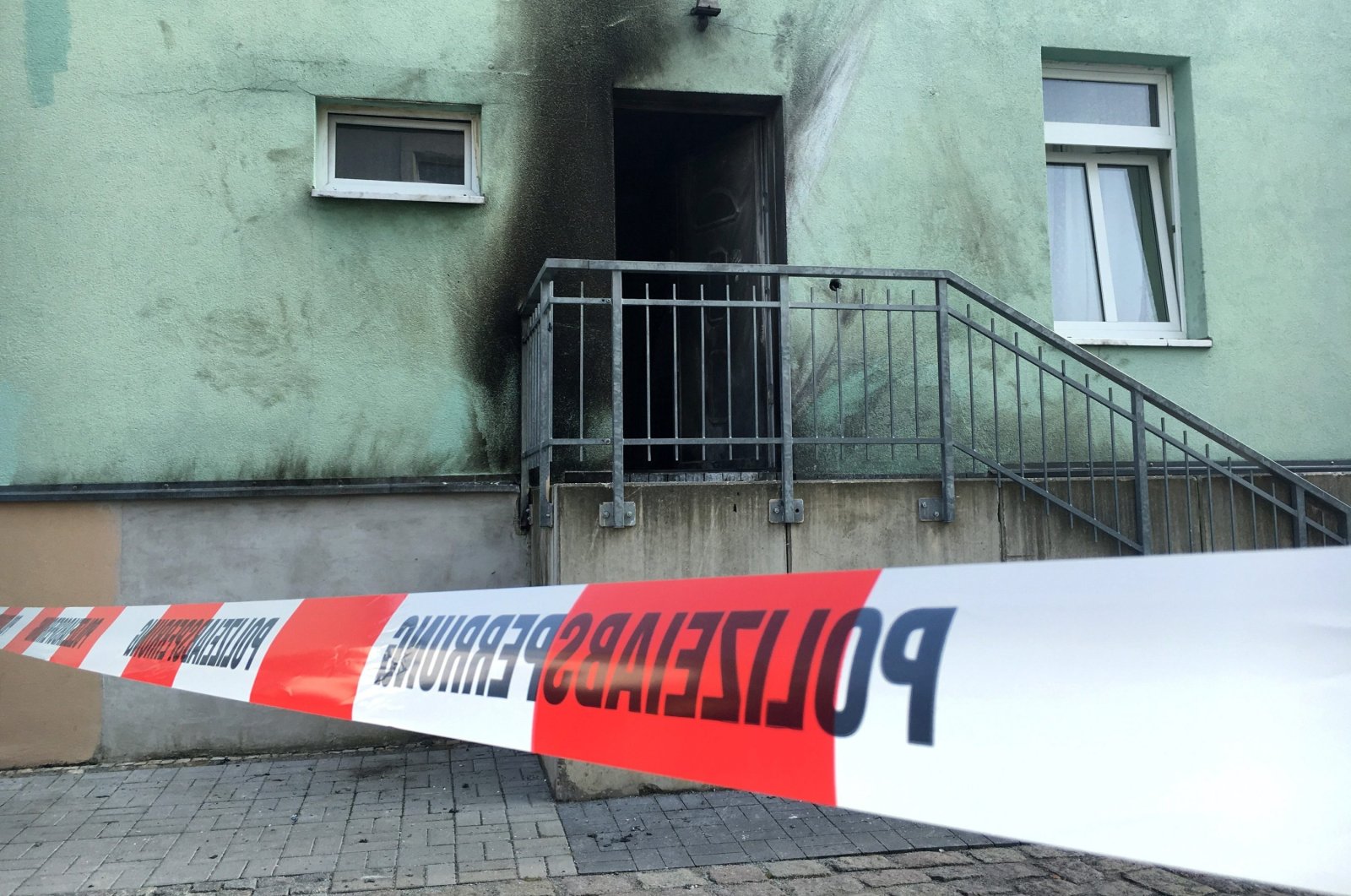 A mosque the day after an improvised bomb destroyed its entrance, in Dresden, Germany. (Reuters Photo)
by DAILY SABAH WITH AA Dec 13, 2020 5:21 pm
RECOMMENDED

The Ulu Mosque in the Netherlands’ Utrecht province, which is linked to the Diyanet Foundation of Holland (HDV), suffered an Islamophobic attack late Saturday, the mosque's board of management announced.

The statement said that in addition to Muslim insults being written on the mosque's entrance and wall, a cross was painted. The announcement responded by saying that the attack was met with sorrow and that even though words of hate spark fear and anxiety in society, the foundation will remain unified and continue its services.

The written statement pointed out that two synagogues were also attacked the same night in the same district and underlined that the foundation condemns all types of violence.

“We have to be aware that there are persons having serious hateful emotions towards Muslims and that could carry out far serious attacks. Therefore, we urge the Justice and Security Ministry to take extra security measures around mosques,” the statement continued.

According to local media outlets, police have arrested a 44-year-old man but were not sure if he conducted the three attacks on his own.

Mosques have endured dozens of defilements in recent years in the Netherlands, and the extent of the attacks vary. While some perpetrators have used Molotov cocktails or other explosives, many others have spray-painted symbols of terror or racist slurs on mosques.

As mostly far-right individuals and members of the PKK terrorist group are responsible for the violence against their communities, Muslims in the country have demanded better security measures from the government.