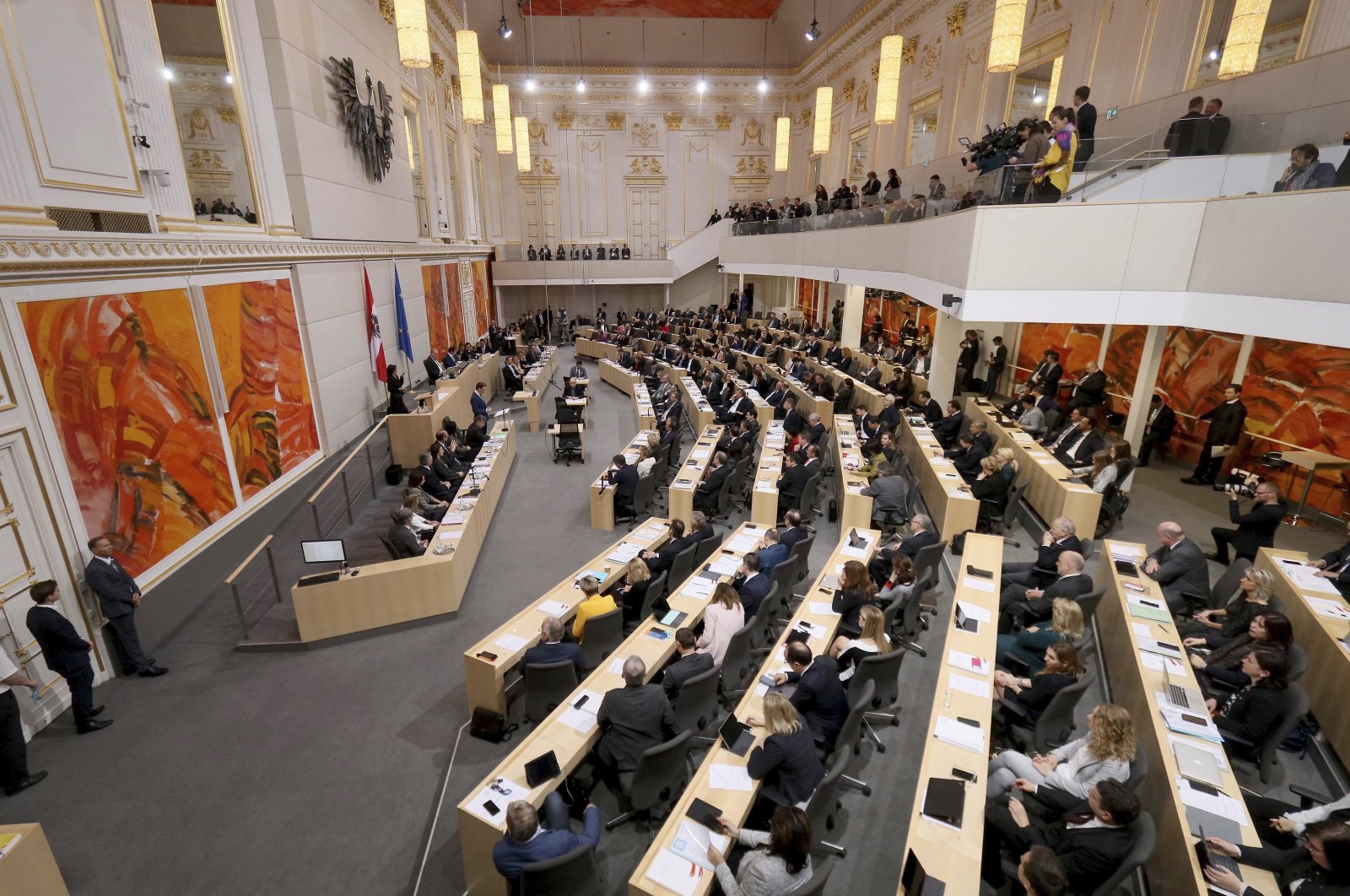 The Islamic Religious Authority of Austria (IGGÖ) slammed a heavily criticized "counterterrorism" law that allows increased surveillance targeting the country’s Muslim community. Noting that no such regulations have been made against any of the other 16 religious communities in Austria, IGGÖ Chairperson Ümit Vural said the law has institutionalized discrimination against Muslims.

Vural also said that the government has clearly shown that it does not have any intentions to display a common stance against far-right extremism.

“The government wants to make minor political gains through Austrian Muslims and cover up its own failures,” Vural said, adding that IGGÖ will continue to fight to ensure that everyone in the country has equal rights and will take legal action if necessary.

The Austrian Parliament passed the controversial legislation, eight months after four people were killed in an attack in Vienna. Under the law, “religiously motivated” crimes will constitute a separate criminal offense and offenders released on parole can also be made to wear an electronic ankle bracelet.

In general, the monitoring of terrorist offenders is to be stepped up during their imprisonment and after release on parole.

According to the new legislation, perpetrators can now be forced to distance themselves from the social environment that contributed to their radicalization – such as radical movements and religious institutions. Those who are convicted under one of the terrorist paragraphs of the Criminal Code will in the future also face the withdrawal of their citizenship if they are dual nationals. In addition, they may lose their driver’s license. Certain political symbols, including ones used within the extreme-right, were also banned under the new legislation.

Judges, rights groups and the opposition have criticized the legislation passed Wednesday for measures in which released terror offenders would be monitored with electronic ankle bracelets.

Some have also criticized a new offense of “religiously motivated” crimes.

“Highlighting ‘religious motivation’ for crimes is unnecessary at best, but also worrisome from a fundamental rights point of view,” the president of the Austrian Judges’ Association, Sabine Matejka, told Agence France-Presse (AFP) Wednesday.

“It’s alarming that other motivations aren’t highlighted as well, like racism,” Matejka said.

Although the Justice Ministry did say the criticism would be “examined,” the law passed without further revisions.

The new legislation also regulates Islamic religious activity, in particular through a mandatory register of all imams, a measure criticized by representatives of the Muslim community and by church leaders.

The small nation of fewer than 9 million is home to one of the largest per capita rates of Daesh fighters in Europe, with about 150 individuals having returned there after either joining Daesh in Syria or Iraq, or attempting to.