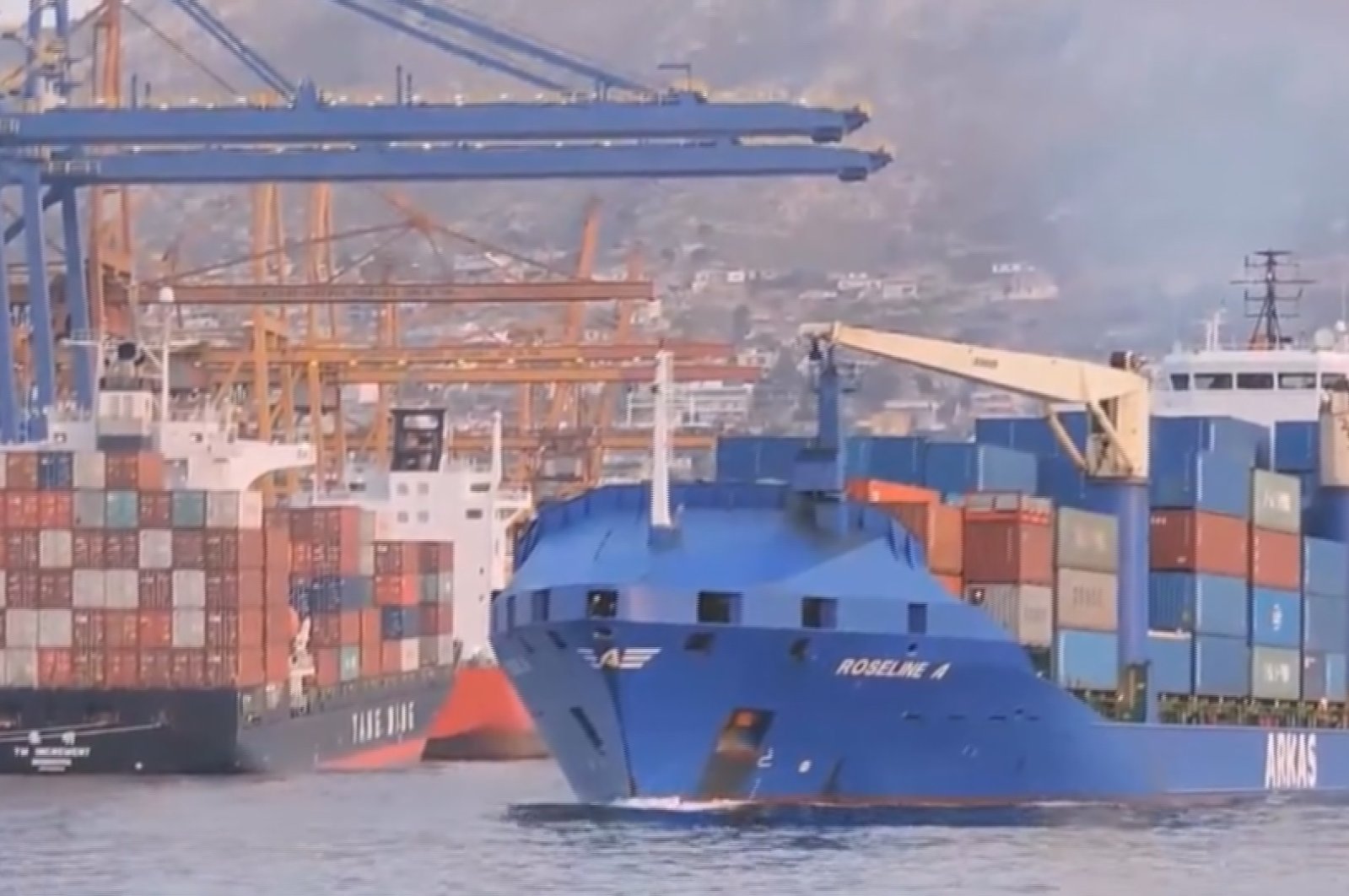 Following the controversial search of a Turkish-flagged ship carrying humanitarian aid to Libya, the EU operation that carried out the search admitted Monday that no illicit material was found and that it did not have permission from Turkey to board the ship.

"When the flag State made it clear that it denied the permission to inspect the vessel, Operation IRINI suspended the activities during which no evidence of illicit material was found on board and the vessel was cleared to pursue its route,” the EU-led Operation Irini said in a statement.

Claiming the operation had made "good faith efforts" to get consent from Turkey in accordance with U.N. Security Council resolutions, it added, "Having received no answer from the flag State, the team of the German Frigate Hamburg boarded the vessel in international waters, approximately 160 nautical miles north of the port of Benghazi."

"The Master of the ship and its crew assumed a cooperative attitude towards the boarding team."

The statement also said this was the operation's fifth boarding since it began and it was executed as part of its mandate.

Turkey said Sunday's actions were illegal, adding that the while the ship was not violating the arms embargo, the embargo has been carried out improperly favoring Libyan warlord Gen. Khalifa Haftar.

Turkey on Monday expressed strong disapproval of the boarding and search by the EU mission.

"We deeply regret that our vessel, which as became apparent has not violated the arms embargo, was withheld from her route for hours under severe weather conditions and that during the inspection the crew were treated as if they were criminals," said Foreign Ministry spokesperson Hami Aksoy.

"This intervention was conducted without the consent of either Turkey, as the flag state, or the master of the vessel," said Aksoy, adding that it only came to an end upon persistent objections by Turkey.

Aksoy said that the impartiality of Operation Irini is dubious as it was initiated without negotiations with the legitimate Libyan government, Turkey or NATO, calling out the double standard and unlawful approach towards ships going from Turkey to Libya unacceptable.

The ministry also summoned the ambassadors of the EU and Italy and the German charge d'affaires to protest the incident.

Libya has been ravaged by a civil war since the ouster of Moammar Gadhafi in 2011.

A new government was founded in 2015 under an U.N.-led agreement, but efforts for a long-term political settlement have failed in the face of attacks by the warlord Haftar.

Turkey supports the country's legitimate government based in the capital Tripoli.