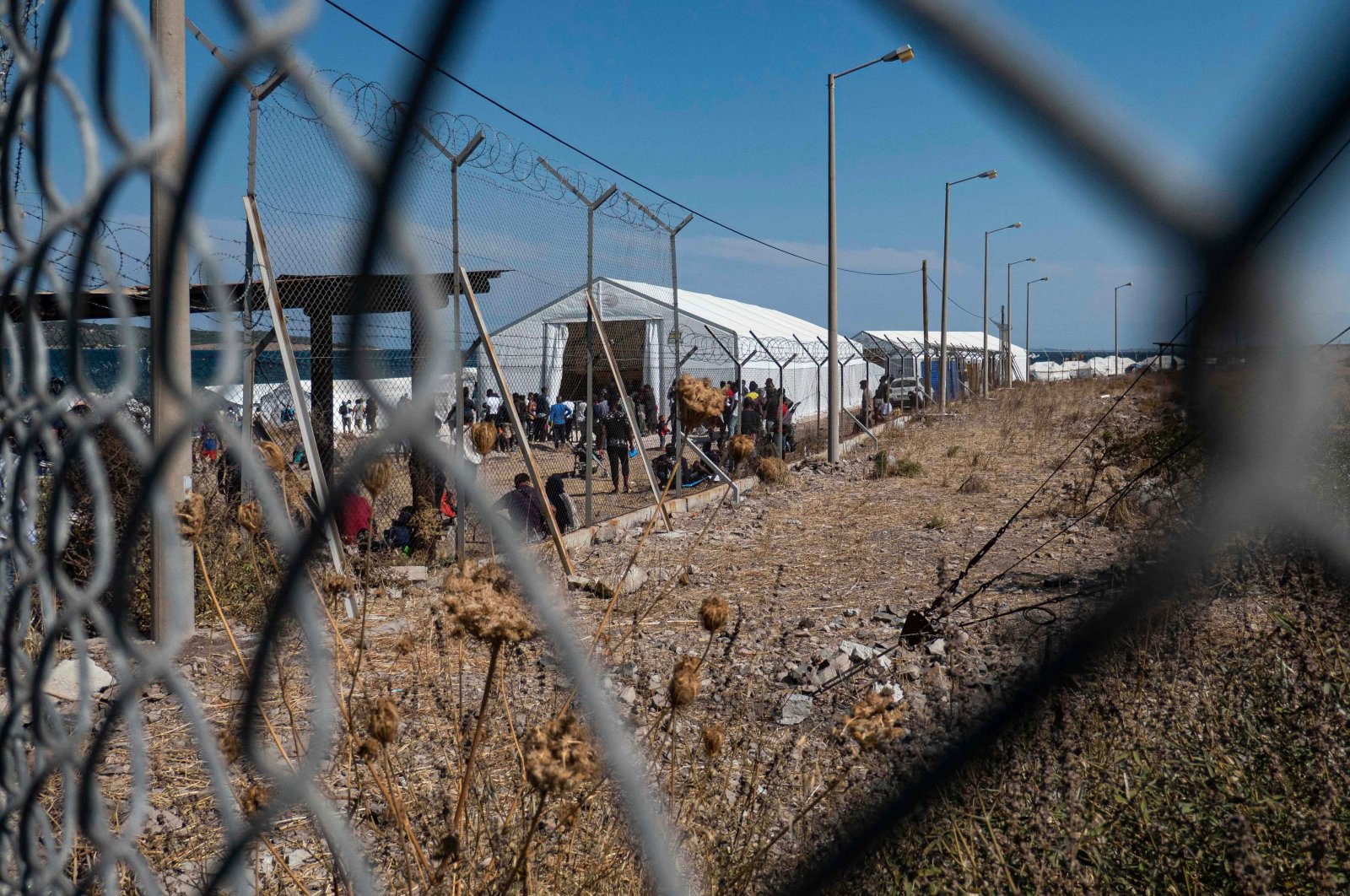 As March marks both the 10th anniversary of the Syrian conflict and the signing of the EU-Turkey migration deal to tackle the problem of refugees, experts and officials voice the need for reconfiguration

There is not enough commitment nor enough political will from the European Union side to tackle the ongoing issue of migration, Presidential Spokesperson Ibrahim Kalın said Tuesday, marking the fifth anniversary of the migration pact Turkey and the bloc signed in 2016.

“The deal failed to produce expected results,” Kalın said, speaking at the web panel of the Foundation for Political, Economic and Social Research (SETA) titled “EU-Turkey Statement: Reassessment of the Migration Agreement.”

“No single country can shoulder this huge responsibility alone,” he stated, adding that until today the EU acted as if the migration issue is not its problem unless it is at the bloc’s door.

Kalın underlined that the conditions have changed substantially in the past five years as the deal was mostly concerned with infrastructural support for refugees.

“Needs are different today – educational and health needs have become more prominent while infrastructure problems have been addressed in Turkey,” he pointed out.

“On the Syrian side, more (internally displaced people) IDPs have moved toward the Turkish-Syrian border. They do not feel safe either under Assad regime-controlled areas or under areas controlled by the PYD/YPG,” Kalın said referring to the PKK-led terror groups in Syria.

Kalın further mentioned that around 480,000 refugees have returned to Syria from Turkey to areas under Turkey’s control – from Afrin to Jarablus, Tal Abyad and other places – “but not to areas controlled by the Assad regime, under Russian-Iranian control or PYD/YPG control.”

“We cannot expect refugees to be refugees for the rest of their lives. We need to create conditions to allow them to go back to their own country, but this requires collective work.”

“The EU and its Member States will work with Turkey in any joint endeavor to improve humanitarian conditions inside Syria, in particular in certain areas near the Turkish border which would allow for the local population and refugees to live in areas which will be safer,” read the March 18 statement, however, Ankara did not receive the support it expected in this manner and conducted military operations into Syria's north to clear the region of terrorist elements.

“We need a revision of statement,” said Gerald Knaus of the European Stability Initiative (ESI).

Saying that Turkey and the EU should again reengage, Knaus stated: “The EU must remember that Turkey still carries a huge burden, a responsibility for the biggest number of refugees in the world. It should put on the table another substantial sum of money to fund education, healthcare and social support for refugees in Turkey.”

“It should engage in a more intense dialogue with Turkey and bring in the U.N. and others on what to do about the ongoing catastrophe of internally displaced Syrians in the northwest of Syria, which is not only a problem of Turkey which is at the border, but should be a humanitarian priority to address by the whole civilized world,” he added.

In September 2015, the image of Syrian toddler Alan Kurdi's lifeless body that washed ashore in Turkey sent shock waves across the world.

Six months later, Turkish and EU leaders inked a migration pact under which Ankara was to receive political and financial benefits in return for tackling migration.

By March 2021, only 2,140 migrants have been sent back to Turkey under the pact, also due to the overwhelmed asylum system in Greece that drags procedures on for years.

Speaking on the March 18 statement, the EU’s foreign policy chief Josep Borrell on Monday during a press conference said that the “statement remains valid.”

“This is an engagement of mutual trust and delivery that requires continuous efforts from all sides. It has been very much criticized, but I think that this statement has produced tangible results. It has led to a significant decrease of loss of human lives, a reduction in irregular crossings, and improved the situation of refugees and migrants in Turkey,” he said.

Borrell highlighted that the bloc will “try to look for a renewal of this common engagement.”

He said that “preventing irregular departures, avoiding losses of lives and helping Turkey to support the burden that it represents to have such a big amount of people on their territory is part of our common interest.”

Borrell added that the statement will be taken into consideration for the upcoming EU leaders meeting to discuss the EU's relations with Ankara and "will be part of our future relationship with Turkey."