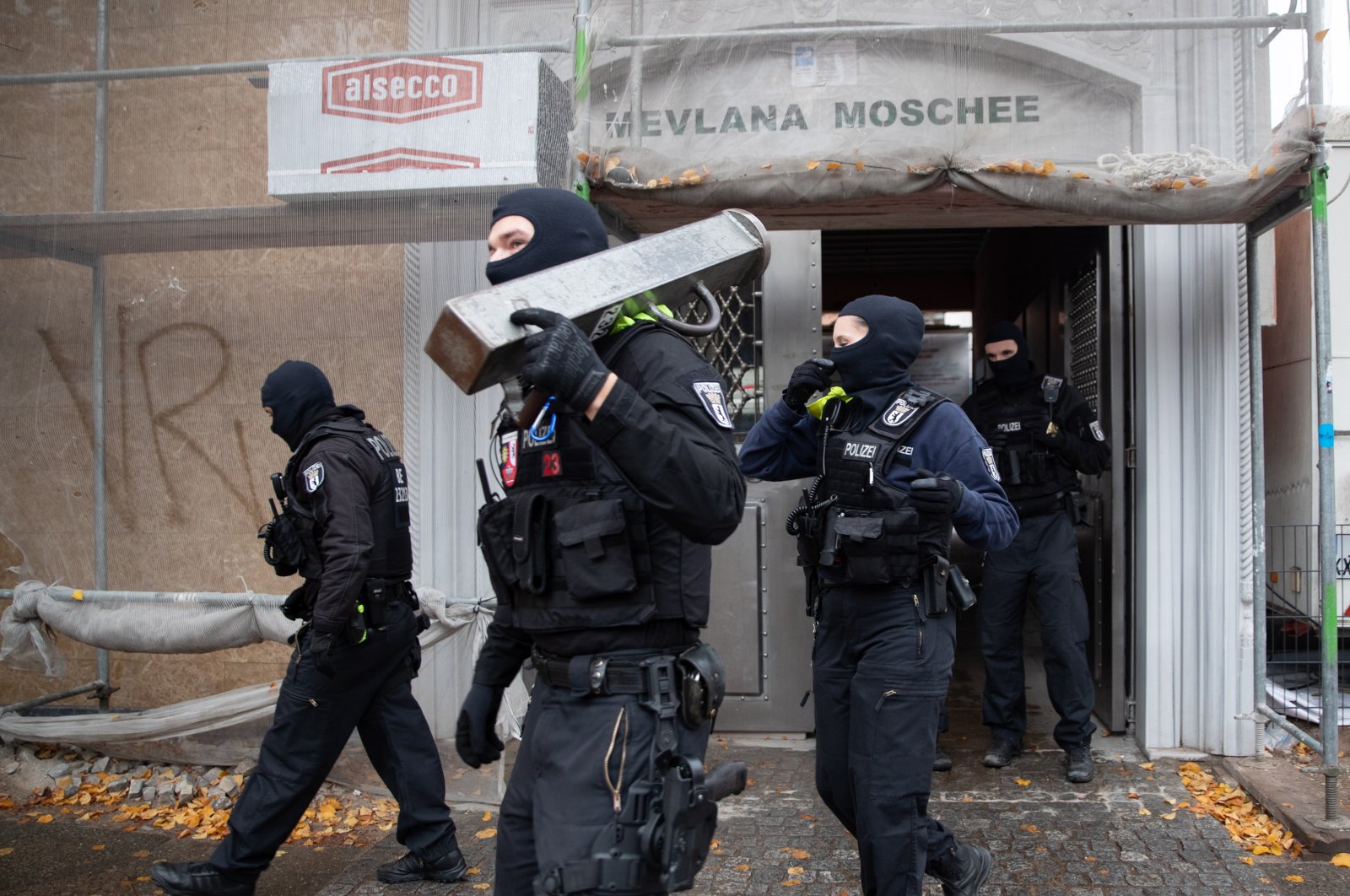 Police officers carry a metal bar to break doors in front of the entrance of Mevlana Mosque in Berlin-Kreuzberg during a police raid, in Berlin, Germany, Oct. 21, 2020. (EPA Photo)
by DAILY SABAH
Oct 23, 2020 10:15 pm

President Recep Tayyip Erdoğan on late Friday condemned the police raid on the Berlin mosque, saying it was nourished by racism and anti-Islamic sentiments.

The president shared a statement via Twitter account, saying: “I strongly condemn the police raid at the Mevlana Mosque in Berlin during the morning prayer hour, which is obviously fed by racism and anti-Islam policies, that is bringing Europe closer to the darkness of the Middle Ages, and completely ignores the freedom of belief.”

Erdoğan emphasized that “Europe, which has been referred to as the cradle of democracy, human rights and freedoms for years, has unfortunately turned into a structure that fights its differences today.”

“We believe that no justification can be the basis for the brutal violation of a holy temple,” Erdoğan said, Turkey has condemned racism, xenophobia and anti-Islam policies in every part of the world.

German police on Wednesday stormed the Mevlana Mosque and several other establishments in Berlin as part of an investigation into a coronavirus subsidy fraud, Turkey's German-language public broadcaster TRT Deutsch reported Thursday.

The mosque rejected the allegation the same day and criticized how the police conducted the search.

Around 150 officers masked in balaclavas and wearing boots stormed the carpeted building during the morning prayer.

The search was directed against three suspects, who applied for immediate coronavirus aid in an allegedly unjustified manner.

German journalist Fabian Goldmann criticized the incident on Twitter by saying there were 10 times as many officers involved in searching the mosque for 70,000 euro than the search in the 55 billion-euro CumEx tax fraud scandal where only 15 police officers were involved.

The mosque rejected the allegations of fraud, saying open questions about the application could have been quickly clarified by "simply asking." No such request, however, was put forward, the mosque’s board of directors said.