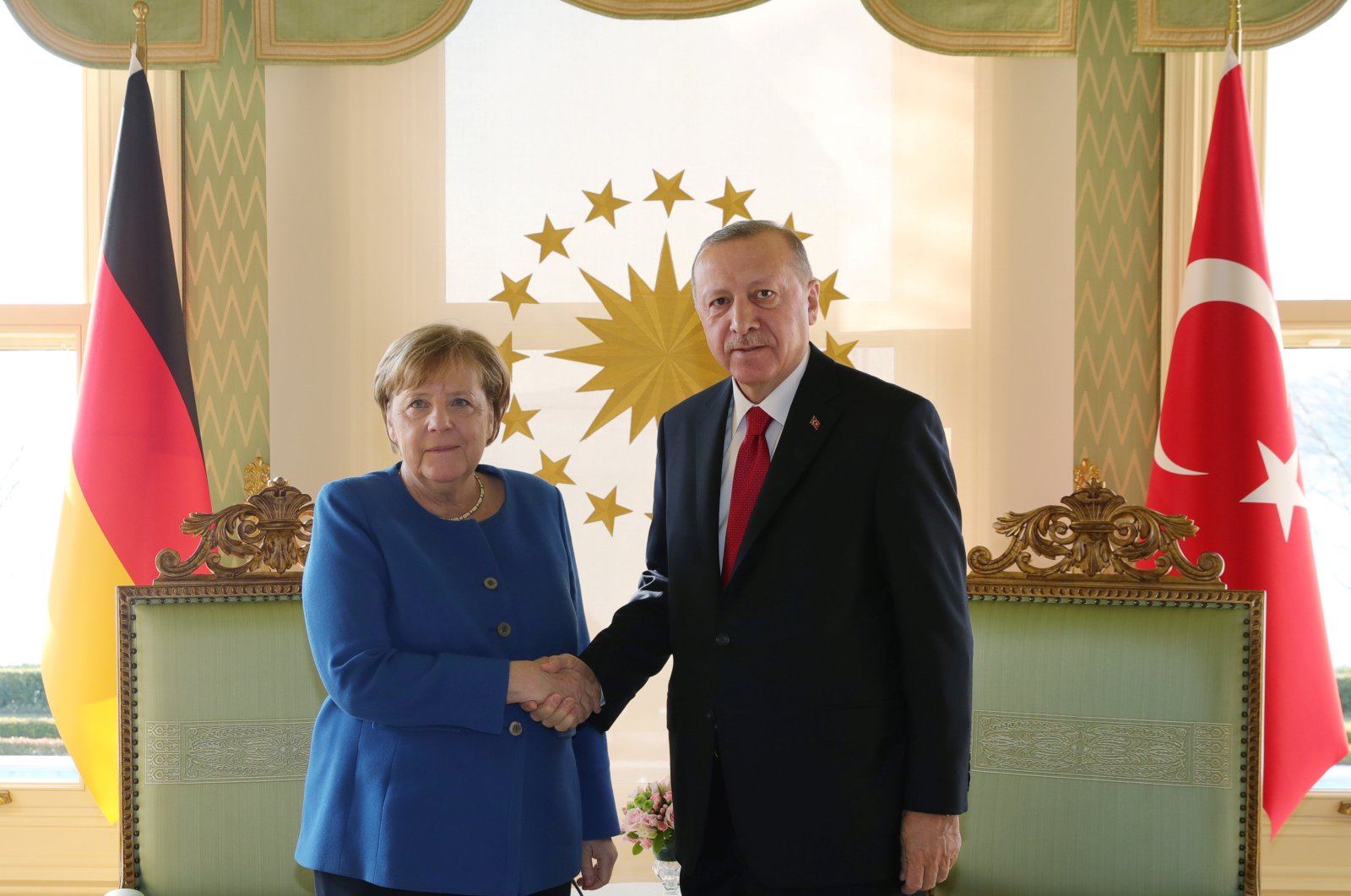 President Recep Tayyip Erdoğan spoke with German Chancellor Angela Merkel Wednesday over the phone, urging for dialogue to come up with a solution for tension in the Eastern Mediterranean.

According to a statement by the Turkish Presidency, President Erdoğan stressed that disagreements over the Eastern Mediterranean could be resolved through negotiations and settlements, provided that a constructive approach, based on fairness, prevails.

Noting that European states ought to adopt a fair and consistent position on the issue, President Erdoğan also said that he will decisively continue to pursue Turkey's rights with an active policy.

Germany has tried to mediate between Ankara and Athens in recent months, however, the attempts ended with Greece's move in August to sign a maritime delimitation agreement with Egypt, which Turkey says violates its continental shelf and maritime rights as well as Libya's, only exacerbating tensions between the two neighbors.