Racism, xenophobia can only be defeated together, FM Çavuşoğlu says 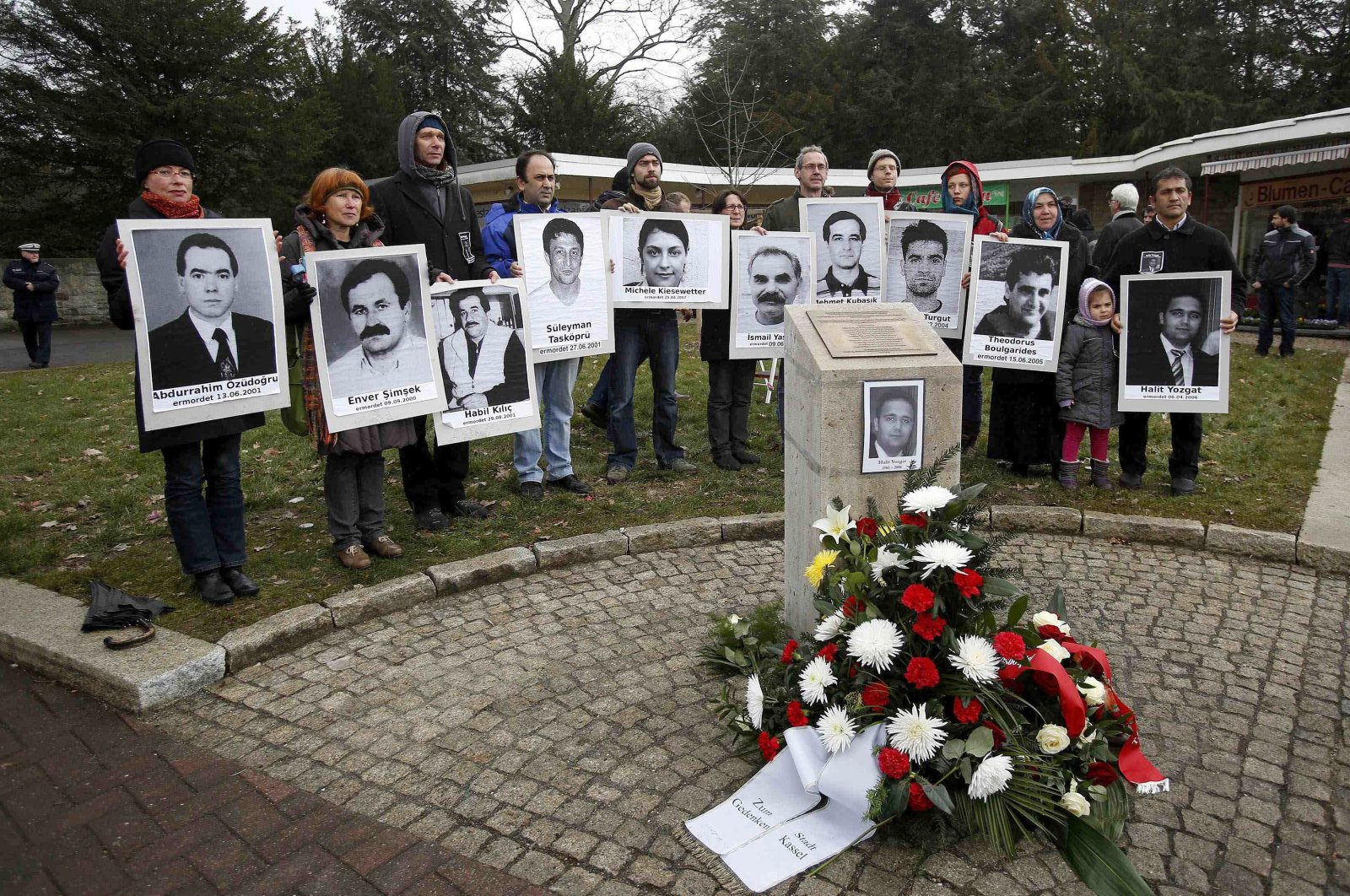 People hold up pictures of the victims of the neo-Nazi cell National Socialist Underground (NSU) before the proclamation of the sentence in the trial against Beate Zschaepe, the only surviving member of the NSU behind a string of racist murders, in Munich, Germany, July 11, 2018. (IHA Photo)
by DAILY SABAH Sep 10, 2020 10:31 am
RECOMMENDED

Turkish Foreign Minister Mevlüt Çavuşoğlu told his German counterpart Wednesday that racism and xenophobia can only be defeated together and with determination.

He was responding to a post on Twitter by German Foreign Minister Heiko Maas, who marked the anniversary of the shooting of Enver Şimşek by the German neo-Nazi extremist group the National Socialist Underground (NSU) two decades ago.

"Enver Simsek was gunned down by neo-Nazis 20 years ago and died two days later. Many called it ‘kebab murders' and him ‘the Turk.' Let's finally tell his story correctly: Enver Simsek was a family man and a florist. He was one of us,” Maas stated.

Upon this, Turkey’s top diplomat said: "Dear Heiko, thank you for your empathy. But it is a fact that we haven't come as far as we should have in the past 20 years. We can only defeat racism and xenophobia together and with determination. May God bless Mr. Şimşek."

Şimşek was shot eight times on Sept. 9, 2000, in the city of Nuremberg, where he sold flowers to support his family.

Six more men were murdered in the same way in a series of killings that continued until 2006. The crimes were referred to in the German media as the "Kebab Murders," as some of the victims worked in Turkish fast-food restaurants.

Some 300 people gathered in Nuremberg Saturday to remember the murder of Şimşek. For the memorial rally, participants marched through the southern German city toward the spot where Şimşek was killed on Liegnitzer Strasse.