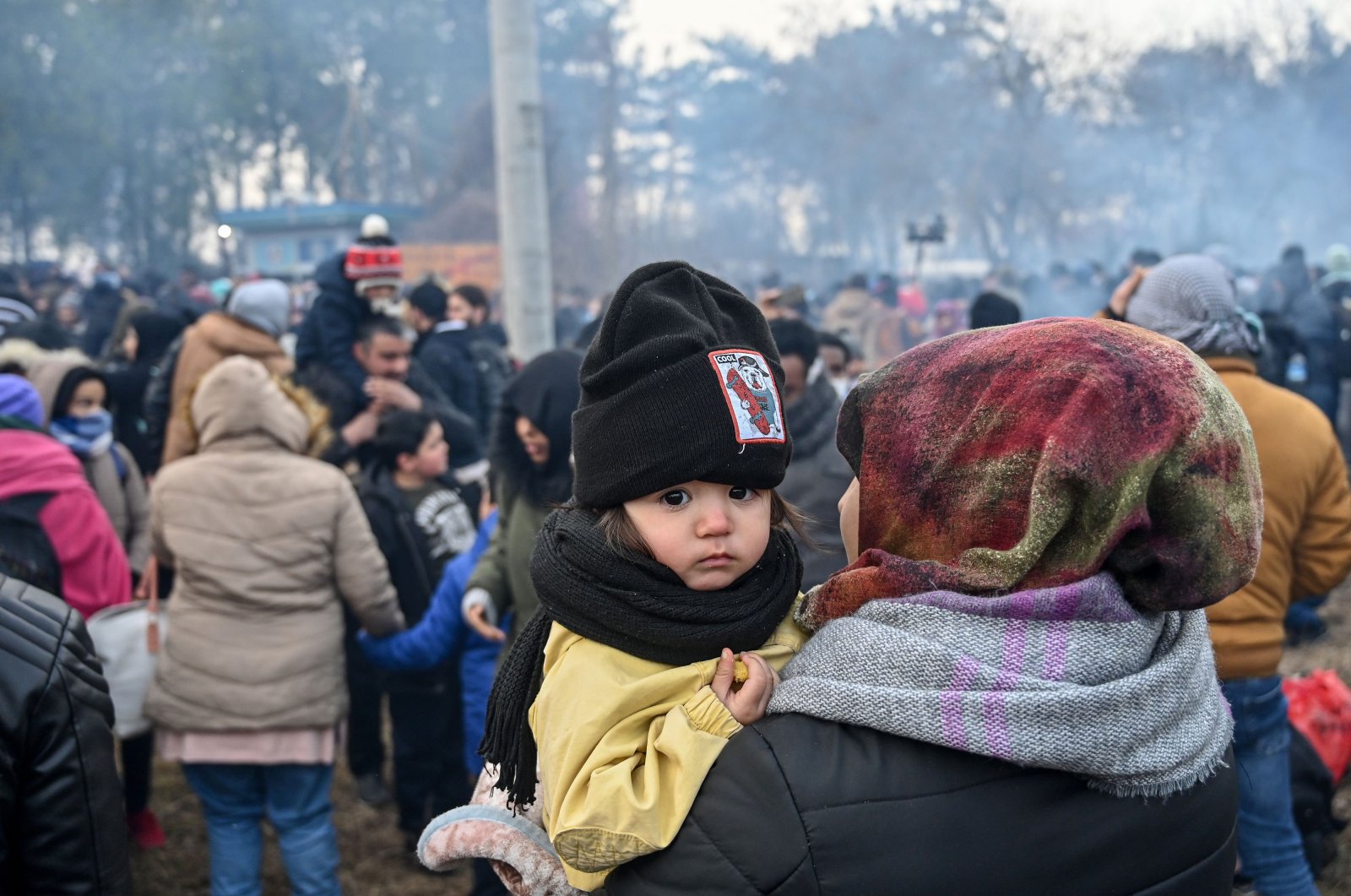 Turkey has settled a large number of refugees and migrants, previously waiting at the Greek border at repatriation centers due to concerns over the coronavirus outbreak, Interior Minister Süleyman Soylu said late Sunday.

Nearly 5,800 refugees and migrants, who were camping near the Pazarkule border gate in Turkey’s western province Edirne in hope of crossing the Greek border to reach Europe, have been sent to repatriation centers in nine different provinces to prevent a possible spread of coronavirus.

“We have taken a decision last night (Saturday) about refugees waiting on the Greek border. Last night around 10-11 p.m., we made an evaluation with our governor, the head of AFAD (the Disaster and Emergency Management Authority) and the deputy minister. We were concerned that this contagion could spread across the area. We convinced the refugees of this possibility and settled all of them in repatriation centers. We have sent almost 5,800 people to repatriation centers across nine provinces. When this outbreak ends, they can return.”

It had been almost a month since migrants and refugees moved toward the Greek border to enter the European Union but were blocked by Greek security forces, who used tear gas, bullets and water cannons against those trying to cross. Despite an onslaught of attacks and rough measures enacted by Greek police and border authorities, migrants and refugees continued to wait amid bleak conditions on the border in the hope that Greece would allow them asylum in the EU.

The latest humanitarian crisis in Idlib, caused by Assad's attacks on civilian-populated areas, has forced nearly a million people to move near the Turkish border for refuge. The renewed attacks risked another wave of migration to Turkey, which already hosts 3.7 million Syrian refugees and says it cannot take in any more.

In response to the lack of humanitarian and financial aid from the international community and the attack on Turkish soldiers, Ankara began allowing refugees to migrate toward Europe through land borders. Since then, thousands of migrants and refugees have flocked to the Turkish province of Edirne along the border with Greece and Bulgaria to make their way into Europe.

The Human Rights Watch urged Greece and the EU to respect human rights in light of Turkey's new policy of refusing to halt migrants and refugees trying to leave for Greece. The international human rights group also criticized a decision by Athens to suspend new asylum applications until April and summarily deport those arriving in last month's surge. Also, inhumane conditions in Greece’s refugee camps have been another point a heavy criticism.

The novel coronavirus was first detected in Wuhan, China, in December. There are currently more than 720,000 cases worldwide and over 33,800 reported deaths with over 149,000 recoveries, according to U.S.-based Johns Hopkins University. As of Sunday, Turkey has 9,217 confirmed cases and the death toll stands at 131.