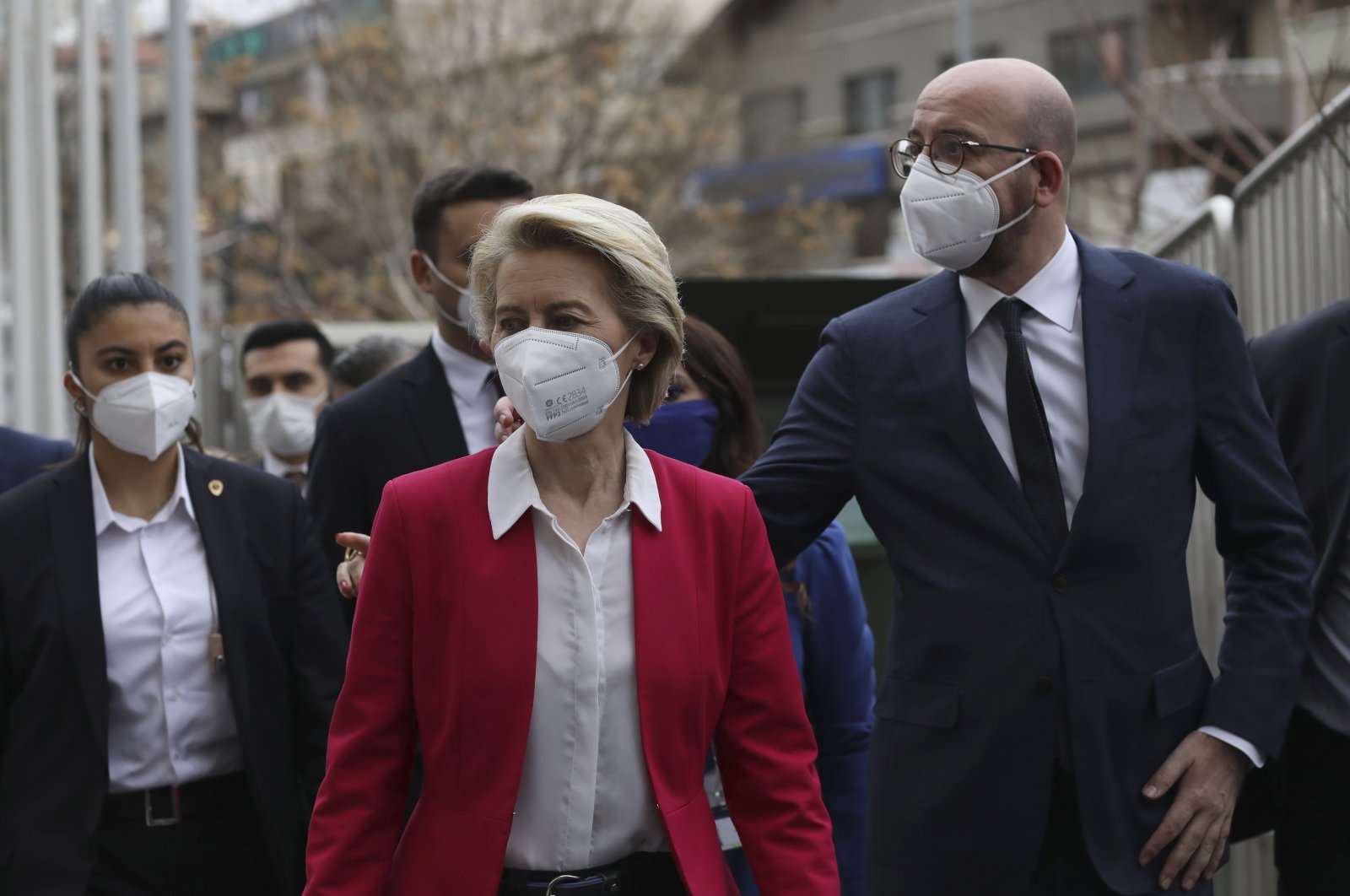 The discussion over the seating arrangement during the European Union chiefs' recent visit to Ankara is linked to intra-EU political fights and “has nothing to do with being European, a woman, the Istanbul Convention or the position of the European Commission,” the Turkish Foreign Ministry stated on Wednesday.

Underlining that there were no ill intentions, the ministry in a written statement said the issue was the result of a lack of coordination and negligence within the EU protocol itself.

The ministry also criticized other countries using the incident as material for political discussions and expressed its regret that the country is being associated with gender discrimination.

“Turkey has met the demands it received. In Turkey, in line with international protocol arrangements, no different arrangement is made for officers according to their gender,” it said.

“Turkey welcomes that the European Commission's presidency is headed by a woman for the first time, and believes that this constitutes a significant step toward empowering women and equal rights,” the statement added, saying that the incident was the result of disputes within the bloc.

It underlined that the EU heads' visit, the meeting and its results are of greater importance.

“We hope that EU institutions will come to terms and will not cause similar problems elsewhere.”

Social media users were however quick to blame Turkey after footage from their meeting on Tuesday showed the first female head of the EU executive, the only woman in the talks, gesturing in disbelief and uttering a surprised sigh as European Council President Charles Michel took one of the two center-stage seats prepared, relegating her to an adjacent sofa. Others saw the incident as a demonstration of an underlying rivalry within the EU.

The discussion flared up again when von der Leyen on Monday said her recent treatment in Turkey underscored the EU's need to tackle sexism.

In her most personal comments yet on the incident, von der Leyen told members of European Parliament: "I felt hurt and I felt alone as a woman, and as a European."