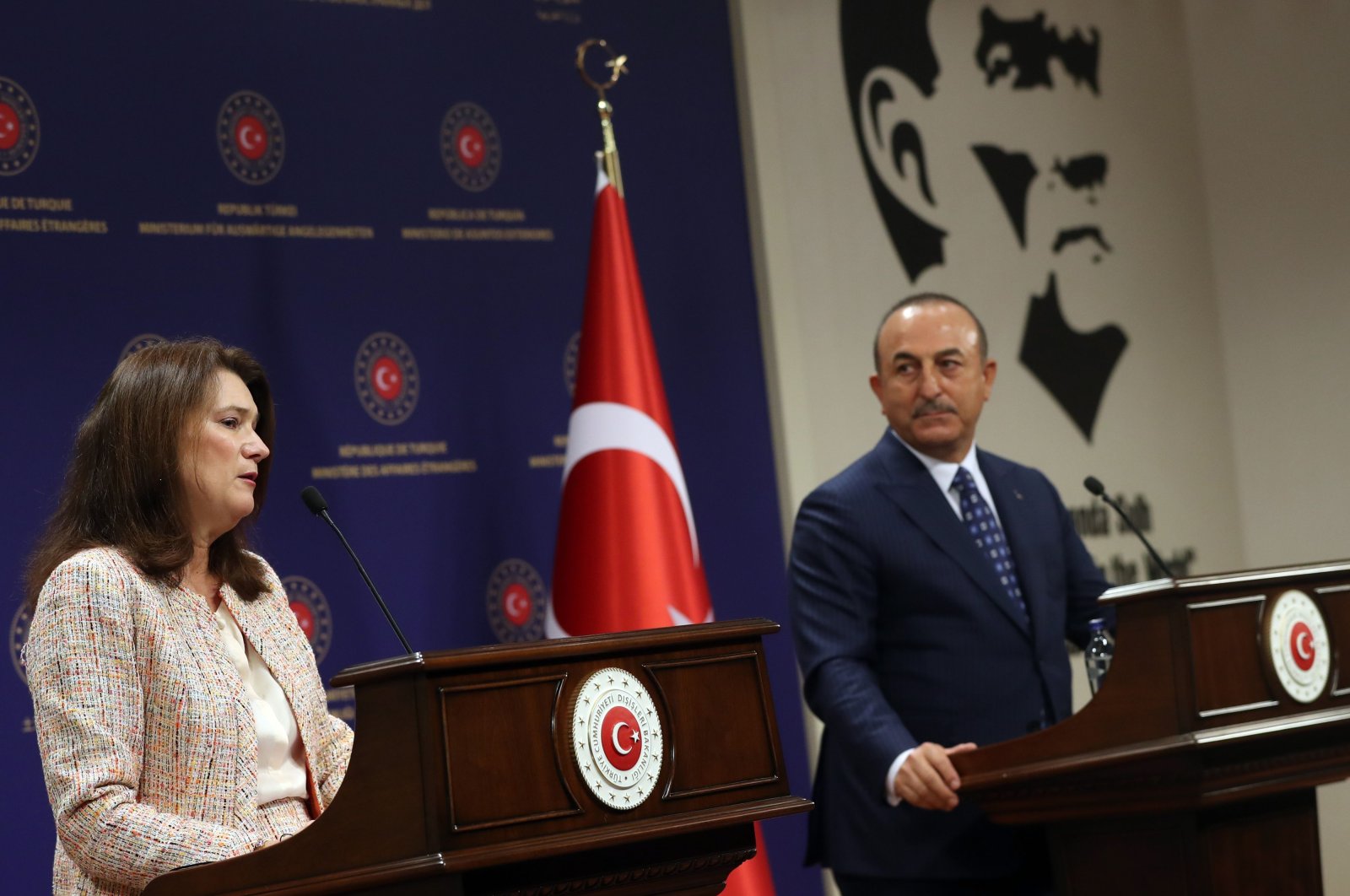 After Swedish Foreign Minister Ann Linde's recent, tense visit to Turkey, Sweden solidified its stance against the country, sending a delegation to the YPG/PKK terrorists and highlighting solidarity with the terrorist group.

Last week, a delegation headed by Sweden's Special Envoy to Syria Per Orneus went to Syria's northeastern Qamishli province upon the orders of Linde.

Other figures also included in the delegation were Thomas Marcus, head of the humanitarian aid in the Swedish Foreign Ministry, as well as Evin Çetin, a consultant of the European Institute of Peace. Çetin is known for footage where she is dancing alongside terrorists in a camp belonging to the PJAK, an offshoot of the PKK terrorist group based in Iran.

Qamishli is very close to the Turkish border. Control of the town has mainly switched to Bashar Assad forces, while the YPG/PKK is also present.

Having several meetings in the region, including one with Ferhat Abdi Şahin, codenamed Mazloum Kobani, commander of the YPG, the delegation visited the graves of killed terrorists and placed wreaths.

"I cannot describe their sacrifices with words," he continued, adding that Sweden's solidarity with the terrorist group will continue.

The families of the terrorists, on the other hand, have reportedly complained about Turkey to the Swedish delegation and demanded an international reaction to the country's cross-border counterterrorism operations.

It was further reported that the terrorists demanded to open an agency in Sweden as well as medical support from the Swedish authorities to tackle the health problems of injured terrorists. Both demands were reportedly welcomed by the Swedish delegation.

Another demand was to open the Al-Ya'rubiyah border gate between Syria and Iraq, which has strategic importance as the second most important border gate to Iraq following the Habur border gate. It also demanded the aid deliveries to the terrorist group be directly delivered to the so-called autonomous region rather than being transferred through the Syrian regime.

Linde's controversial move came a few days following her official visit to Turkey on Oct. 13, where she got into a heated debate with Turkish Foreign Minister Mevlüt Çavuşoğlu.

"Why would you (European countries) support the PKK/YPG?" Çavuşoğlu asked Linde during their joint press meeting.

“We expect more solid steps from Sweden in the fight against terrorism. PKK terrorist members engage in attacks on our citizens in the country, including on Kurdish people and carry out forcible money collection,” he added, underlining strongly that none of these activities comply with the notion of freedom of speech and that those activities, including the financing of terrorism, are activities banned by international law.

Turkey has long criticized European authorities for tolerating PKK activities on the continent and has pressured them to take stricter measures against the propaganda, recruitment and fundraising activities of the group.

“There is a range of issues not agreed on by Turkey and Sweden,” Linde said, reiterating that Sweden encourages Turkey to withdraw from northern Syria.

“With whose authority are you asking Turkey to withdraw from Syria? Has the regime in Syria given Sweden or the EU such an authority? In every meeting, in the Sochi, Astana meetings as well as in every text, we underline Syria’s territorial integrity,” Çavuşoğlu responded.

Turkey launched Operation Peace Spring, the third in a series of cross-border offensives in northern Syria targeting terrorists affiliated with Daesh and the YPG/PKK, on Oct. 9, 2019.

The operation, conducted in line with the country's right to self-defense borne out of international law and United Nations Security Council (UNSC) resolutions, aimed to establish a terrorist-free safe zone for the return of Syrians to the area east of the Euphrates river, which is controlled by the U.S.-backed SDF.

Turkey's top diplomat further suggested Sweden listen to the minorities in Syria regarding their views on the PKK: "Please listen to the Arameans, the Assyrians, the Christians and let them explain what the SDF did to them. Listen to the Kurds in Syria, to those in Turkey that cannot go back to Syria."