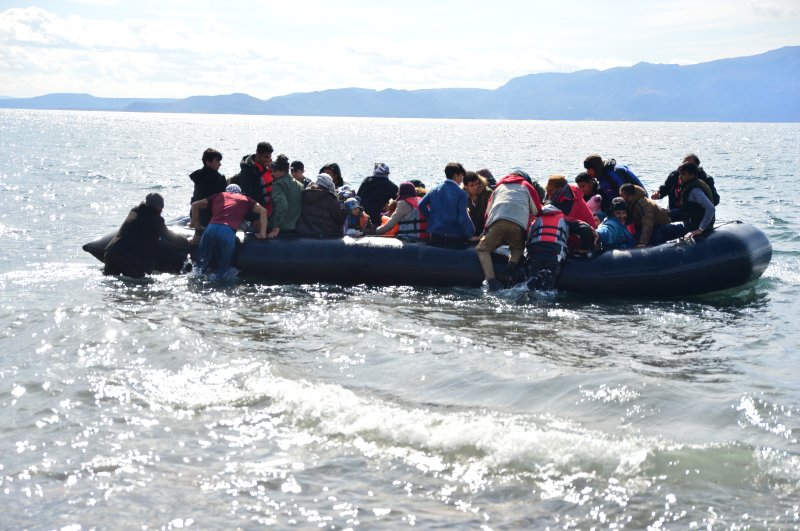 Given the green light to seek their way to Europe, hundreds of irregular migrants on Friday flocked to shores and bus stations in order to reach European countries. Istanbul's main Esenler July 15 Democracy Bus Station has been one of the major starting points for Syrian refugees aiming to head to Turkey's coastal regions and border cities on their way to Europe.

Enis, a refugee from northwestern Syria’s Idlib, was among those who were waiting for a bus to reach the western border province of Edirne. “I want to go to Europe. There are 4 million Syrians here. Why doesn’t Europe want us?” he said. Huge crowds of refugees filled the bus station, as buses going toward Edirne were completely full.

Stating that he came to Turkey four years ago, Enis said: “I have worked in various sectors in Turkey. I want to go to Greece first, then to Europe. I heard that 2 million Syrians are on the way.”

Turkish officials announced earlier that they would no longer try to stop irregular migrants from reaching Europe. Turkey already hosts some 3.6 million refugees from Syria alone – more than any other country in the world – and has complained that Europe failed to keep its promises to help the migrants, as well as to help Turkey stem further migrant waves.

Irregular migrants, including women and children, have been heading toward border villages of the country's western provinces of Edirne and Çanakkale to reach Greece. The movement started at night and grew by the morning.

Irregular immigrants also moved to the regions with a coast on the Aegean Sea to cross to the Greek islands. Groups also flocked toward the Aegean – to Çeşme, Karaburun and Seferihisar in the İzmir province, and Kuşadası and Dikili in the Aydın province.