Thousands of migrants stuck at Turkey-Greece border for 27th day 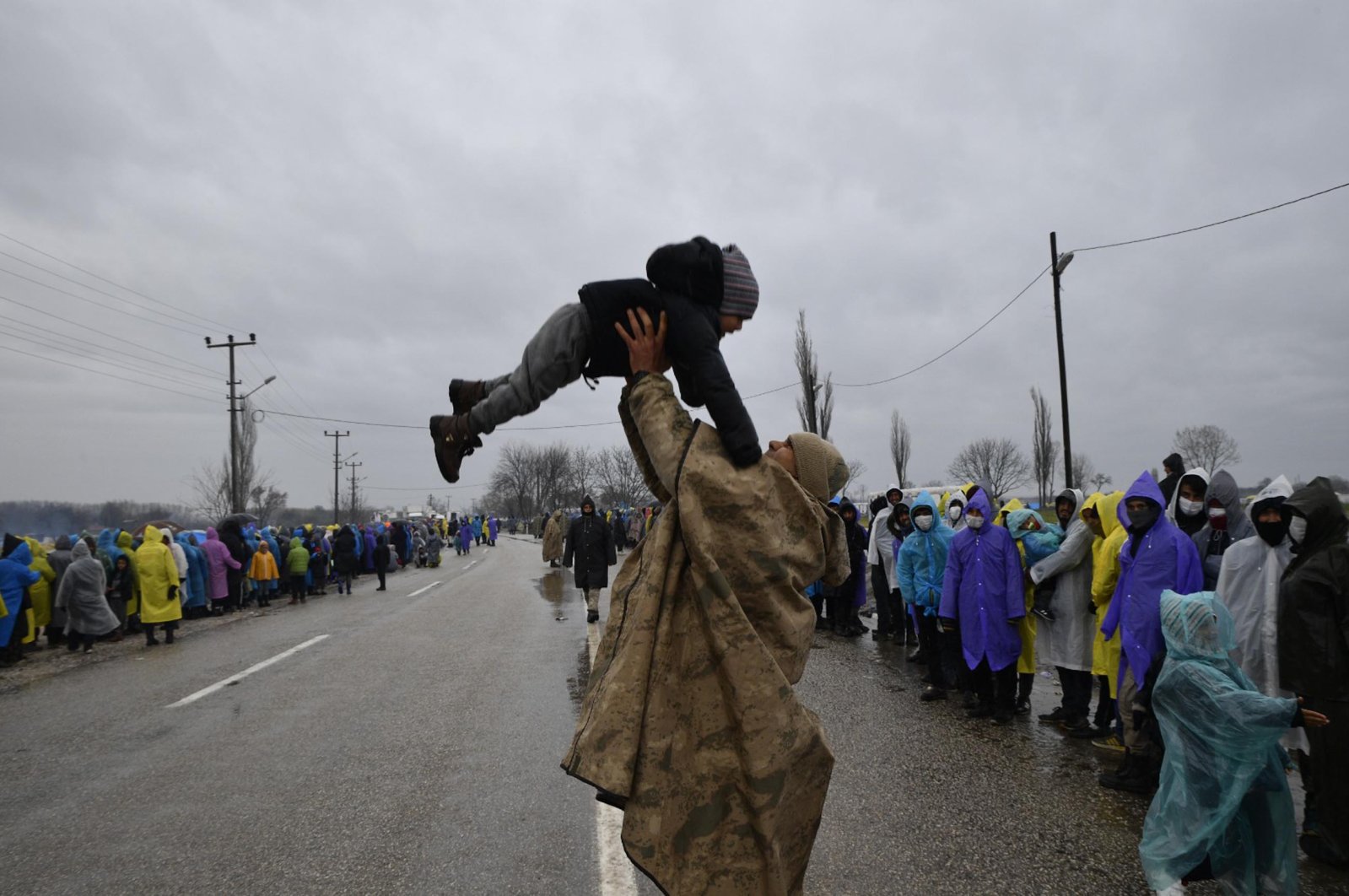 Despite an onslaught of attacks and rough measures by Greek police and border authorities, migrants and refugees have continued to wait amid bleak conditions on the border for 27 days, in the hope that Greece will open the doors to asylum in the European Union.

It has been almost a month since migrants and refugees moved toward the Greek border in order to enter the EU but were blocked by Greek security forces, who used tear gas, bullets and water cannons against those trying to cross.

Humanitarian aid on the border between Greece and Turkey has been provided by Turkish officials who are making sure that refugees have all basic essentials needed.

Under the coordination of Edirne Gov. Ekrem Canalp, refugees have received humanitarian aid 24 hours a day on the Turkish side.

Hundreds of security forces provide safety in the area while health officials, cleaning staff and institution managers coordinate the services to ensure that the refugees and migrants have their needs met.

According to the governor, over a period of just one month, 977,000 items including diapers, baby food, hygienic materials, blankets, coats and shoes were distributed to the area. Nearly 562,000 food products and 226,000 drinks have been handed out to those suffering on the border.

In addition to 150 cabins with bathrooms, sinks and toilets for both men and women were installed, as well as water tankers networked to local supplies.

The governor's office criticized those who distributed fake news and shared false information about asylum-seekers through social media, saying: “We recommend that those who lie and spread fake information about humanitarian aid for immigrants spend their energies on the Greek side, where constant use of gas, plastic, strung, nailed and real bullets are violating the rights of asylum-seekers."

Edirne Health Director Ali Cengiz Kalkan pointed out that the Greek security forces were employing brutality. Currently, there are seven people receiving medical treatment in the local hospital, with about 236 people injured after another attack by Greek soldiers. According to Kalkan, around 7,800 patients were being looked after in the field tent hospital set up along Turkey's Pazarkule border crossing with Greece's Kastanies, near Edirne.

“Immigrants cannot find their children after the Greek security forces attack them with gas. Health staff who find those children intervene and provide them with oxygen. It is a very touching scene when these children get to reunite with their parents,” Kalkan said.

According to Edirne Health Directorate officials, three migrants have been killed in the operations conducted by Greek security forces.

Immigrants are staying in tents with their families. Many of them have breathing difficulties due to systematic gas attacks.

Turkey's decision to open the border came after 34 Turkish soldiers were killed last week by forces of the Bashar Assad regime in Idlib, northwestern Syria. Turkish soldiers had been stationed in the area to protect local civilians as part of a 2018 deal with Russia forbidding acts of aggression within a certain delineation.

Greece's response to migrants and asylum-seekers trying to enter the country without prior authorization has been harsh, with at least three killed by Greek security forces and many others battered and tear-gassed.

The Human Rights Watch urged Greece and the EU to respect human rights in its response to Turkey's new policy of not stopping migrants and refugees trying to leave for Greece.