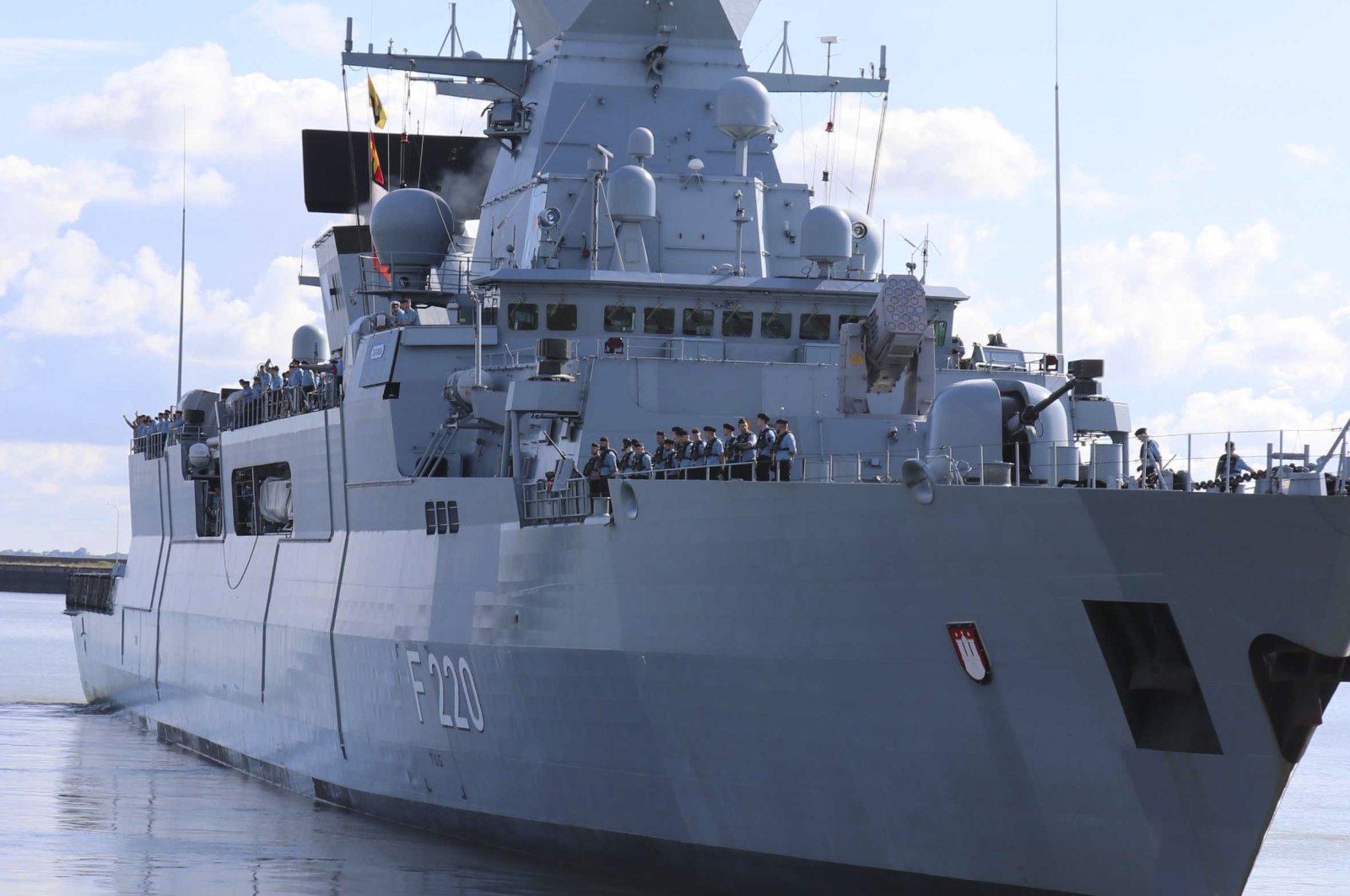 The Turkish Foreign Ministry criticized the EU-led Operation Irini for unlawfully intercepting a Turkish cargo vessel without obtaining permission from authorities and searching the vessel for hours, noting that the mission specifically targets Turkey and Libya while turning a blind eye to arms shipments to putschist Gen. Khalifa Haftar

Turkey's Foreign Ministry on Monday protested the illegal interception of a Libya-bound Turkish vessel during the European Union-led Operation Irini in the Eastern Mediterranean.

"Operation Irini is a sided operation. It is an operation that aims to punish the legitimate Libyan government and does not inspect arms supplies to the putschist Gen. Khalifa Haftar, and is involved in arbitrary practices," ministry spokesperson Hami Aksoy said Monday.

Footage obtained from the interception showed armed soldiers boarding the ship in a manner that resembled a counterterrorism operation.

Confirming a report in the news magazine Der Spiegel, a German spokesman said the Hamburg frigate had intercepted the ROSELINE A about 200 kilometers (125 miles) north of the Libyan city of Benghazi on Sunday night.

Aksoy noted that the Turkish vessel's captain cooperated with Operation Irini forces and shared extensive information about the vessel’s cargo and navigation but faced an hourslong inspection despite their cooperation.

"All the staff was detained and the captain was held at gunpoint by soldiers during the inspection," Aksoy said. He added that the search was conducted without the approval of the vessel's country of origin.

He continued by noting that the intervention only ended after Turkey's insistent objection to the unlawful search.

Aksoy strongly condemned the search of the commercial Turkish vessel and the treatment of its staff as criminals.

He highlighted that such an interception in international waters requires the approval of the flag country and that United Nations Security Council (UNSC) resolutions do not stamp out this obligation.

Aksoy also said the European mission has adopted a double standard against the legitimate government in Libya and specifically targets commercial vessels heading to Libya from Turkey.

Security sources underlined that according to international maritime law, the search should have been made after informing the flag-carrier nation's authorities, adding that all containers were searched by the frigate personnel, who boarded the vessel from a helicopter.

The soldiers left the cargo ship after finding out that it contained nothing but food and paint supplies, sources said, adding that it was heading to the Misrata Port in Libya.

Sources also noted that the frigate violated the U.N. Convention on the High Seas, which determines the countries' rights and responsibilities in terms of their use of the world's oceans.

“Greece and Germany need to apologize to Turkey,” Çelikkol said in a tweet Monday.

In a statement released Monday, the vessel’s company said such a practice has concerned the crew and the firm.

“Our crew, which has yearslong experience in the seas, has not shown any resistance against the mission and has prevented a sad incident by their cooperative and accommodating attitude,” a statement from the company said.

Operation Irini, approved by EU foreign ministers on March 31, aims to operate in the air and sea and with satellites to ensure that all countries respect a ban on providing arms to the parties involved in the Libyan conflict.

Seven countries are participating in Operation Irini, named after the Greek word for peace, including Italy, Greece, France, Germany, Poland, Malta and Luxembourg, with frigates and maritime patrol aircraft.

Although the operation aims to enforce the U.N. arms embargo on Libya's warring sides, it mainly focuses on maritime activities in the Mediterranean, while Haftar's side – the enemy of the legitimate Libyan administration – continues to receive arms and ammunition mainly by air and land, according to Libyan Prime Minister Fayez Sarraj.

The U.N. recognizes the Libyan government headed by Sarraj as the country's legitimate authority.

Russia and the United Arab Emirates (UAE) have been providing arms and military equipment to Haftar's forces.

Some 70 resupply flights have landed in eastern airports in support of Haftar's forces since July 8, Stephanie Williams, deputy head of the U.N. Support Mission in Libya (UNSMIL) for political affairs, told the U.N. Security Council (UNSC).

In June, the Greek navy tried to stop Turkish frigates and a Turkish cargo ship en route to Libya, later retreating after a warning from the Turkish ships.

The German frigate’s interception of the Turkish vessel resembled a counterterrorism operation and significantly differed from a previous incident a week earlier, according to a comparison of the two incidents in photos and video.

The same team from the EU-led Operation Irini had boarded a Panama-flagged vessel a week earlier and displayed a relatively gentle approach in comparison to the aggressive treatment of the Turkish crew.

Last Wednesday, the same mission inspected the Panama-flagged Serrano vessel, which departed from Alexandria, Egypt and was heading to Tobruk, Libya.