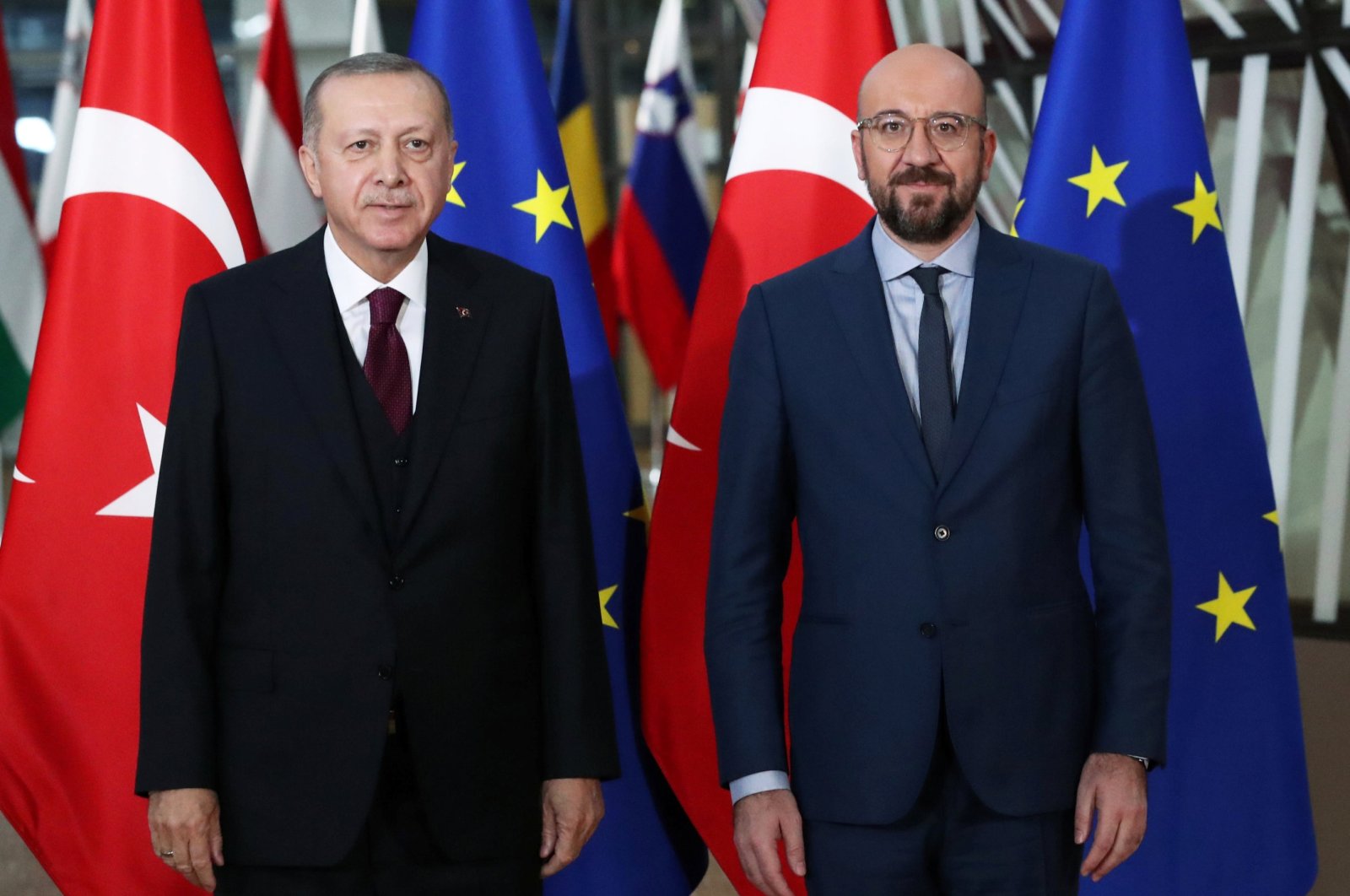 President Recep Tayyip Erdoğan highlighted that Turkey has been fulfilling its responsibilities and expects EU member-states to do the same amid the ongoing crisis in Afghanistan, as he called on the bloc to materialize all terms of the 2016 agreement and restart Turkey’s accession negotiations in a phone call with President of the European Council Charles Michel.

He also said Turkey has received requests to accept local Afghan staff working for the EU mission in Afghanistan, and that EU member-states have only opened their doors to a small fraction of the Afghan people who have served them and are now in a difficult position. The president noted that the EU cannot expect Turkey to undertake international responsibilities of other countries.

Erdoğan told Michel that Turkey expects the bloc to restart the country’s accession process, update the Customs Union deal and materialize all terms of the March 18, 2016 migrant deal.

The president noted that Turkey prioritizes its citizens’ evacuation from Afghanistan, as he said Ankara has also been responding to the requests of some European countries in this regard as the Turkish soldiers have been exerting tremendous efforts to operate Kabul airport in a proper manner. He continued by saying that Ankara hopes the transition in Afghanistan takes place in a smooth manner, as he highlighted that a new wave of migration would be inevitable if necessary precautions are not taken. Erdoğan said such a wave would pose a major challenge for all countries, and that it was necessary for international actors to provide assistance to Afghan people in Afghanistan and neighboring countries, especially in Iran.

Meanwhile, Michel also said he discussed ongoing developments in Afghanistan, which he called a "common challenge for both Turkey and the EU," with the Turkish president.

Discussed recent developments in Afghanistan with @RTErdogan
A common challenge for both Turkey and the EU.
Full understanding on need to ensure safe exit of nationals, local staff and families and to ensure support for vulnerable Afghans and host communities in the region.

Erdoğan thanked Zelenskyy for his country’s contribution to Turkey’s fight against wildfires.

He also congratulated Ukraine for celebrating the 30th anniversary of its independence, as he said Ankara will continue to maintain strategic cooperation with Kyiv in defense industry, tourism and all other fields.