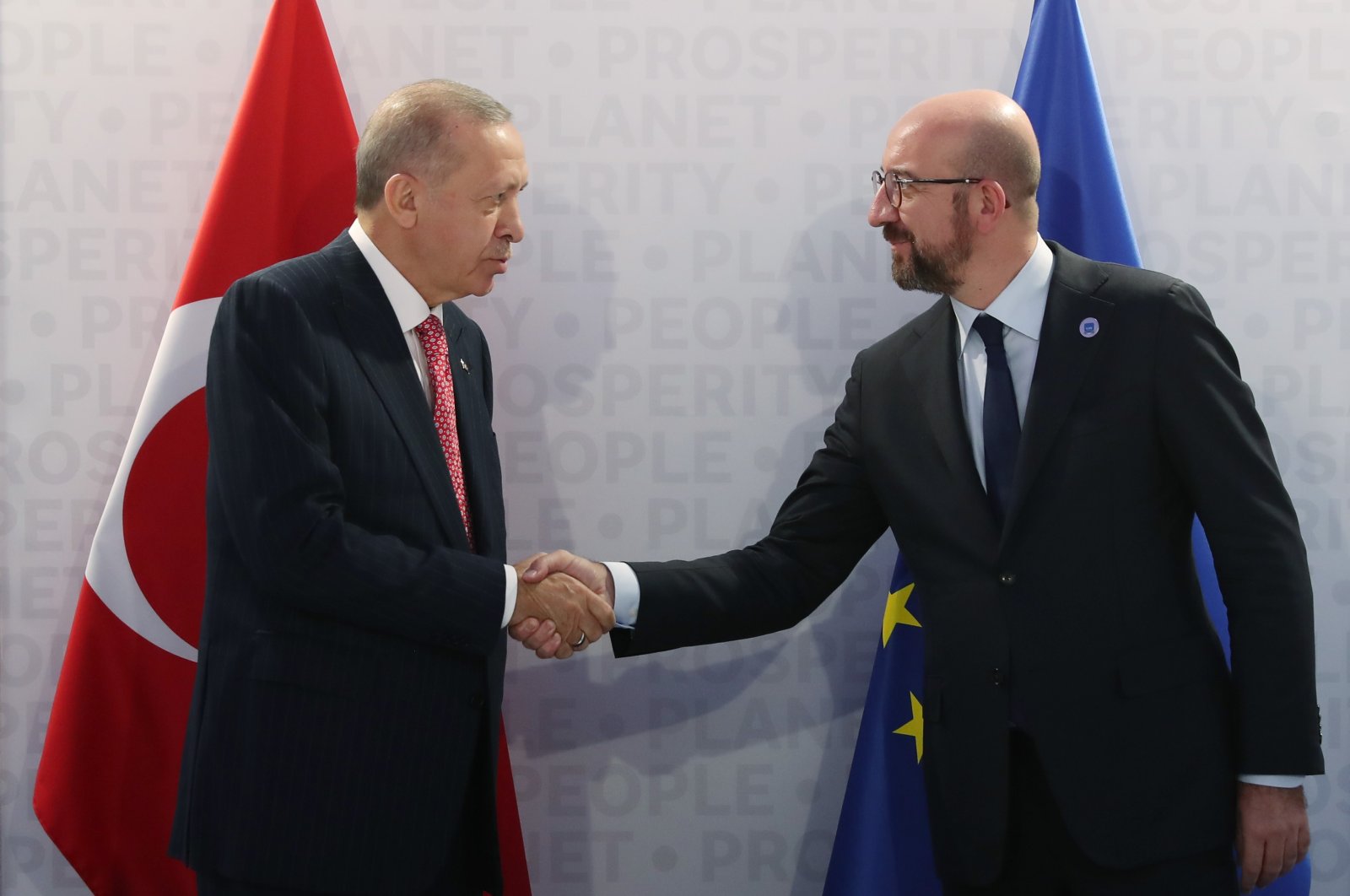 Dialogue between Turkey and the European Union is key for regional stability as well as security, European Council President Charles Michel said on Sunday.

Michel and President Recep Tayyip Erdoğan met on the sidelines of the G-20 summit in Rome and discussed bilateral relations as well as regional issues.

Turkey-EU relations are marked by disputes on several issues, including tensions in the Eastern Mediterranean, Turkey's role in Syria, the migrant crisis and the stalemate in Turkey's accession process to join the bloc.

Erdoğan Sunday met also with leaders of France and Germany on the sidelines of the G-20 Rome summit.

Erdoğan and his French counterpart Emmanuel Macron held a 50-minute closed-door meeting at the La Nuvola Convention Center, which is hosting the 2021 summit in Italy, the first in-person summit since the COVID-19 pandemic.

Meanwhile, Olaf Scholz, the likely successor of Merkel, also joined her in the meeting with Erdoğan.

The 2021 G-20 summit has convened the leaders of the world's 20 leading economies and representatives of international organizations. The two-day summit ended Sunday.