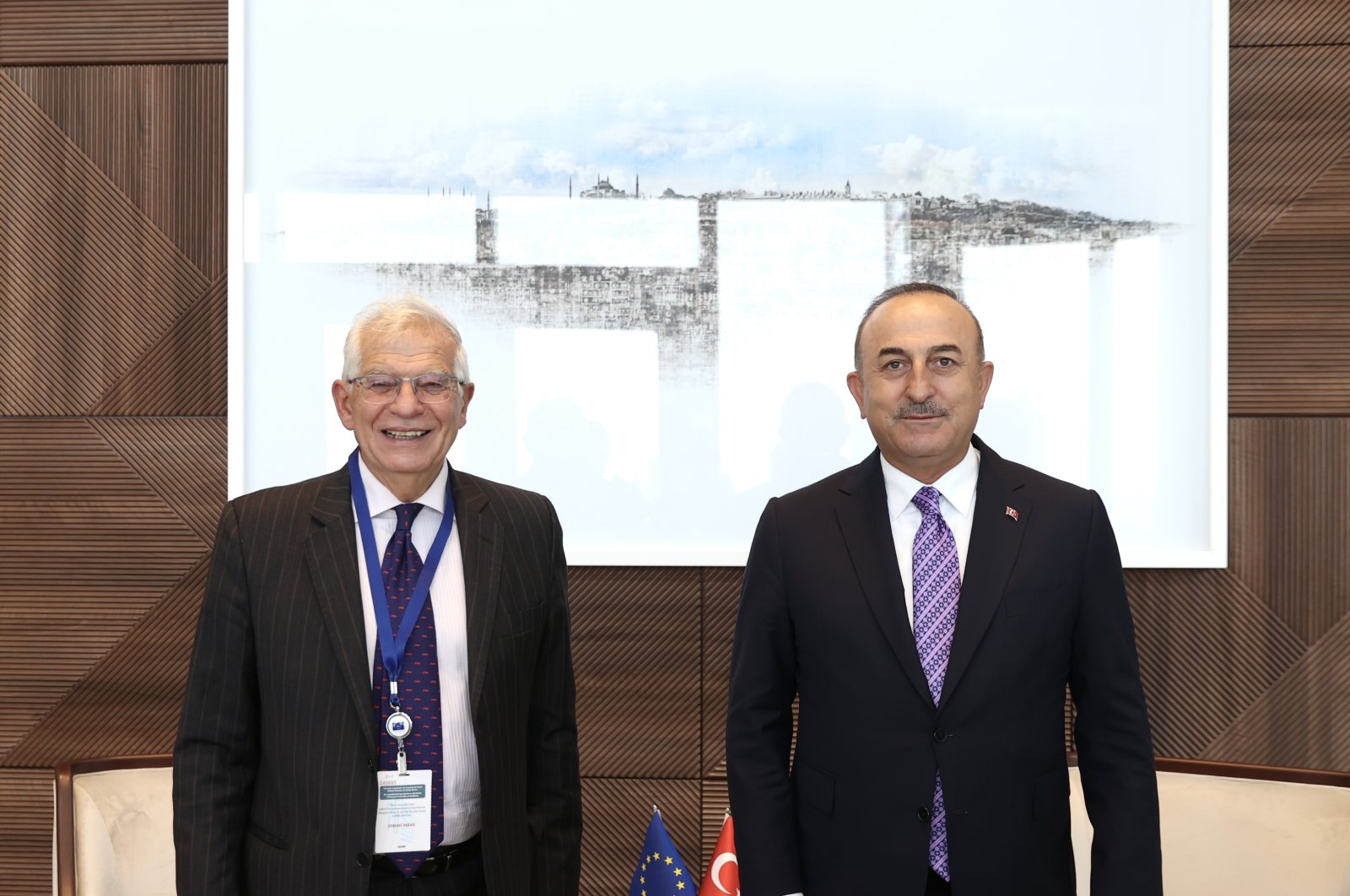 Foreign Minister Mevlüt Çavuşoğlu on Thursday met with the EU foreign affairs chief Josep Borrell on the sidelines of the 76th session of the U.N. General Assembly (UNGA) in New York and discussed a wide range of regional issues.

The European Union must work with Turkey for the stability of the region and beyond, Çavuşoğlu said in a tweet.

Borrell for his part said that they discussed EU-Turkey relations, the Cyprus issue, the situation in the Eastern Mediterranean and Afghanistan. He echoed Çavuşoğlu saying that “Close cooperation and coordination is key.”

Turkey-EU relations are marked by disputes on several issues, including tensions in the Eastern Mediterranean, Turkey's role in Syria, the migrant crisis and the stalemate in Turkey's accession process to join the bloc. During a meeting in Brussels on Dec. 10, EU leaders decided to draw up a list of Turkish targets to sanction. But since then, the rhetoric on all sides has mellowed dramatically as Turkey and the bloc voiced their intent to "turn a new page.”

Turkey recently reiterated that it is part of Europe and sees its future in the EU, adding that it will continue to work toward full membership. Turkish officials have also said that they hope for progress in 2021 and expect the bloc to take definitive action to this end.