Turkey-EU to hold talks on visa liberalization next month 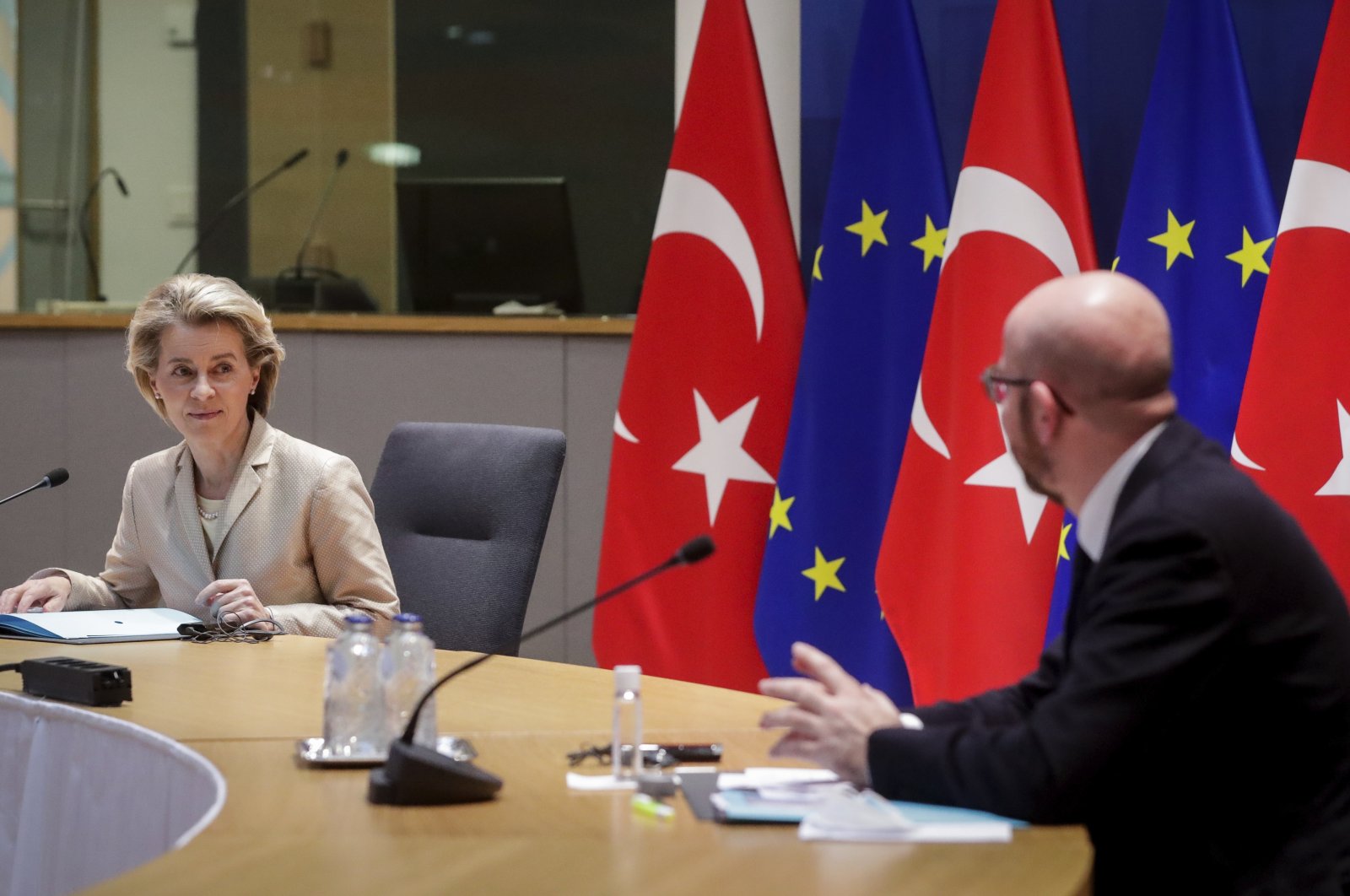 Speaking at the “Deik EU Talks” panel, Kaymakcı noted that the meeting, which is expected to be held in the next two weeks, will launch the Turkey-EU High-Level Dialogue Mechanism on visa-free travel, interior affairs, migration, counterterrorism efforts and security.

The meeting will also focus on six fundamental principles, including Turkey’s accession negotiations, the update of the customs union, and restarting high-level talks between Turkey and the bloc on a regular basis.

Kaymakcı continued by saying that Germany is in favor of updating the customs union agreement and that the newly elected government prioritizes this issue.

He also noted that visa liberalization would provide opportunities for both sides, as it would allow at least 20 million Turkish citizens to be included in the tourism, service, transportation and business sectors in European countries.

“We will also analyze if we can bring a new perspective to the Turkey-EU migration issue,” Kaymakcı said, adding that providing funds to migrants and refugees in Turkey does not solve the problem.

Turkey hosts nearly 5 million refugees – more than any country in the world. After the Syrian civil war broke out in 2011, Turkey adopted an “open-door policy” for people fleeing the conflict, granting them “temporary protection” status. Afghans are believed to be the second-largest refugee community in Turkey after Syrians.

Visa liberalization was designed so Turkish citizens with biometric passports would be able to enter the Schengen area for stays of up to 90 days within a 180-day period without any visa. With this initiative, Turkey-EU ties, which were struggling due to the union's discriminative attitude, were to have entered a new era because of the migration crisis.

The first Turkey-EU summit took place on Nov. 29, 2015, and a memorandum was released in the aftermath expressing that the membership negotiations will be revived, cooperation against terrorism will be strengthened, summits will be conducted regularly, close cooperation will be resumed through senior dialogue mechanisms at the political, economic and energy levels, the EU will provide monetary assistance to the Syrian refugees in Turkey and the customs union deal would be updated. Lastly, the union had promised to speed up the process of visa liberalization for Turkish citizens.

At a summit on March 18, 2016, the third meeting between the two, the visa issue was raised once again, and it was decided to be applied at an even earlier date, on June 2016. However, in order for the process to start on the envisaged date, the European Commission was supposed to present the third and last visa progress report and an offer of visa liberalization to the EU Council and European Parliament at the latest in May.

This meant that Turkey was supposed to fulfill its own part of the deal by the end of April. Despite the fact that Turkey completed its part successfully, no progress has been achieved regarding visa liberalization.