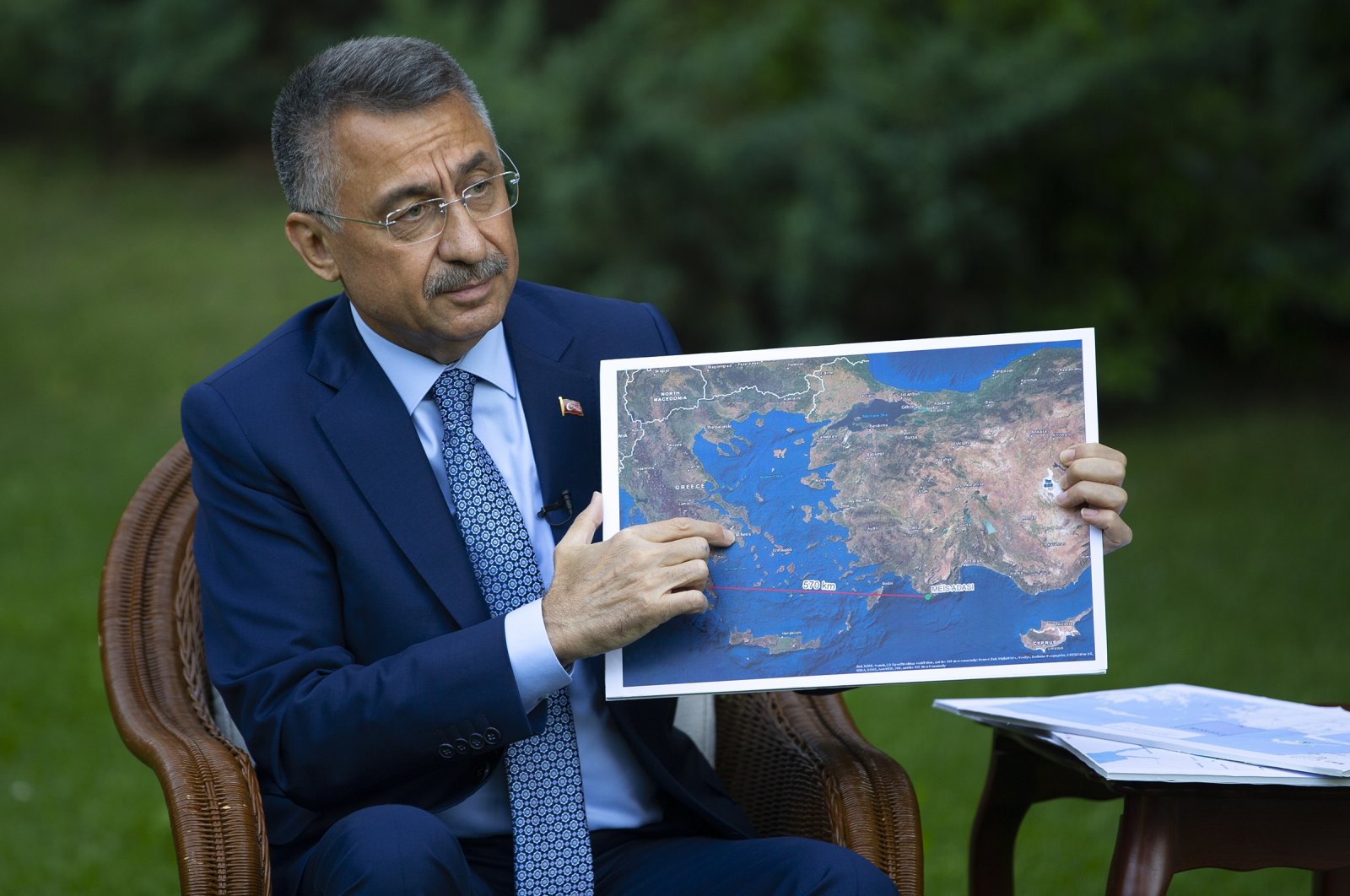 Turkey's Vice President Fuat Oktay Saturday urged the European Union to adopt a fair and just stance regarding the dispute between Turkey and Greece in the Eastern Mediterranean.

In an exclusive interview with Anadolu Agency, Oktay said: "Turkey expects the EU to deliver a just stance, no one should expect Ankara to take a step back based on its rights."

Oktay further asked: "If Greece's attempts to expand its territorial waters isn't a cause for war, then what is?" stressing that the country "will protect its rights regarding every cubic meter of the Eastern Mediterranean no matter what."

"It is insincere for the EU to call for dialogue on the one hand and make other plans on the other regarding the activities we carry out in our own continental shelf in the Eastern Mediterranean," Oktay also said on his Twitter account.

He added: "We (Turkey) are well aware of the language of peace and diplomacy, but we will not hesitate to do what is necessary when it comes to protecting the rights and interests of Turkey. France and Greece are among those who know this best."

Greece disputed Turkey's current energy exploration in the Eastern Mediterranean, trying to box in Turkish maritime territory based on small islands near the Turkish coast.

Turkey – the country with the longest coastline in the Mediterranean – has sent out drillships to explore energy reserves on its continental shelf. The country has been firm in declaring that Ankara and the Turkish Republic of Northern Cyprus (TRNC) have rights in the region.

Ankara earlier said energy resources near the island of Cyprus must be shared fairly between the TRNC – which has issued Turkish state oil company Turkish Petroleum a license – and the Greek Cypriot administration.