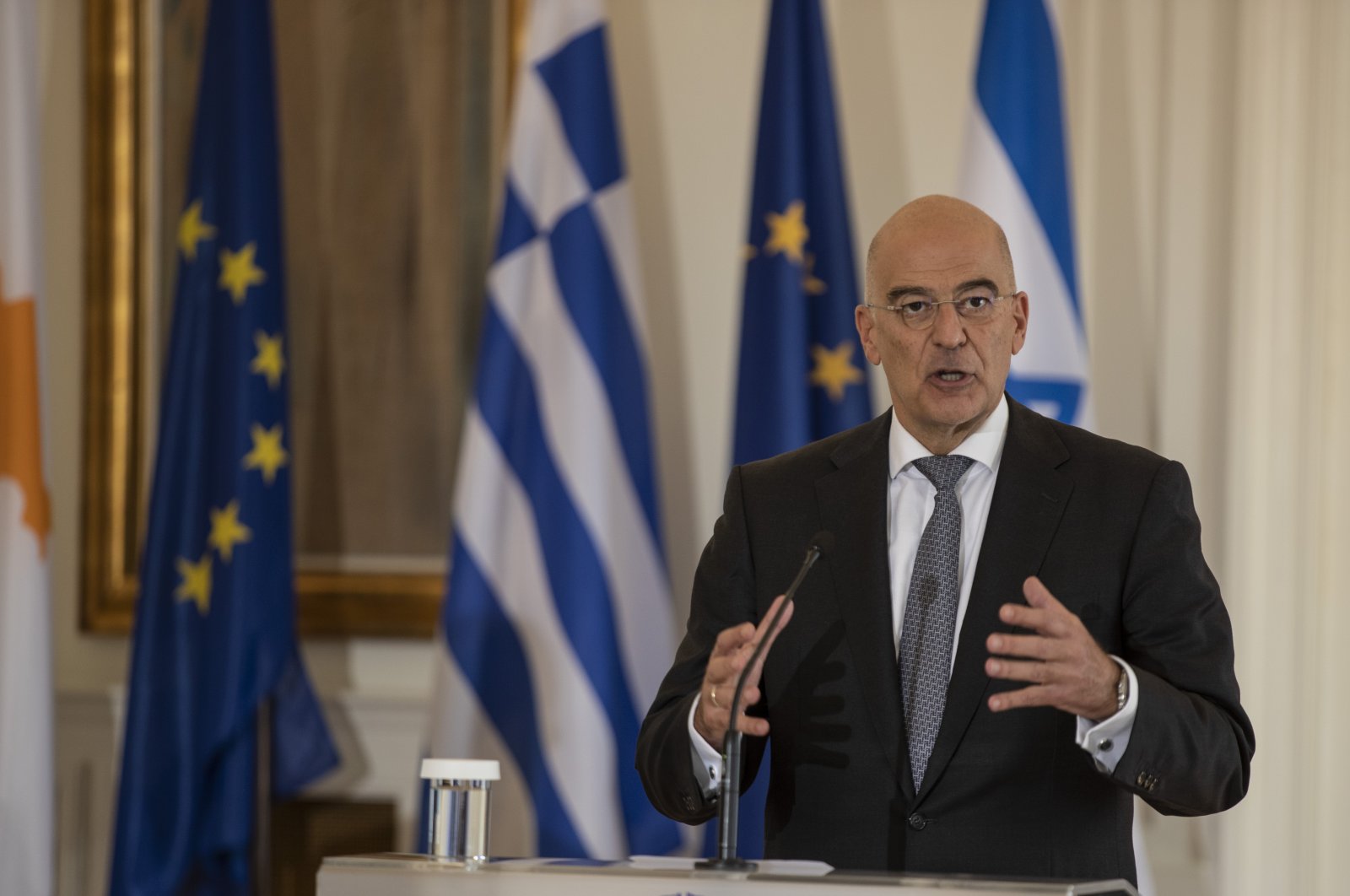 “Turkey's constructive approach and benevolent steps on the Eastern Mediterranean issue since August have unfortunately not been reciprocated,” the ministry said in a written statement.

“Moreover, Greece's characterization of Turkey's resolute activities to protect her own rights and those of the Turkish Cypriots in the face of Greek maximalist demands, as 'provocative' or even 'illegal,' are merely pretexts to avoid dialogue,” it added.

The Foreign Ministry noted that Ankara has always maintained calls for dialogue and will continue to do so, urging Greece to comprehend that the use of threats and its attempts to secure European Union backing will not yield results.

“Greece should refrain from putting forward preconditions and come to the negotiating table at once,” it said.

The Foreign Ministry’s assertion came after Dendias on Tuesday in a written statement accused Turkey of being “a revisionist, destabilizing actor that jeopardizes the security of the immediate and wider region, as well as the priorities and values expressed and promoted by the EU.”

Friction has increased between Ankara and its Eastern Mediterranean neighbors, Greece and the Greek Cypriot administration, over offshore energy exploration rights in the past few months.

Turkey, the country with the longest coastline in the Eastern Mediterranean, has sent drillships with a military escort to explore for energy on its continental shelf, saying that Turkey and the Turkish Republic of Northern Cyprus (TRNC) also have rights in the region.

Turkey says energy resources near the island of Cyprus must be shared fairly between the TRNC and the Greek Cypriot administration.