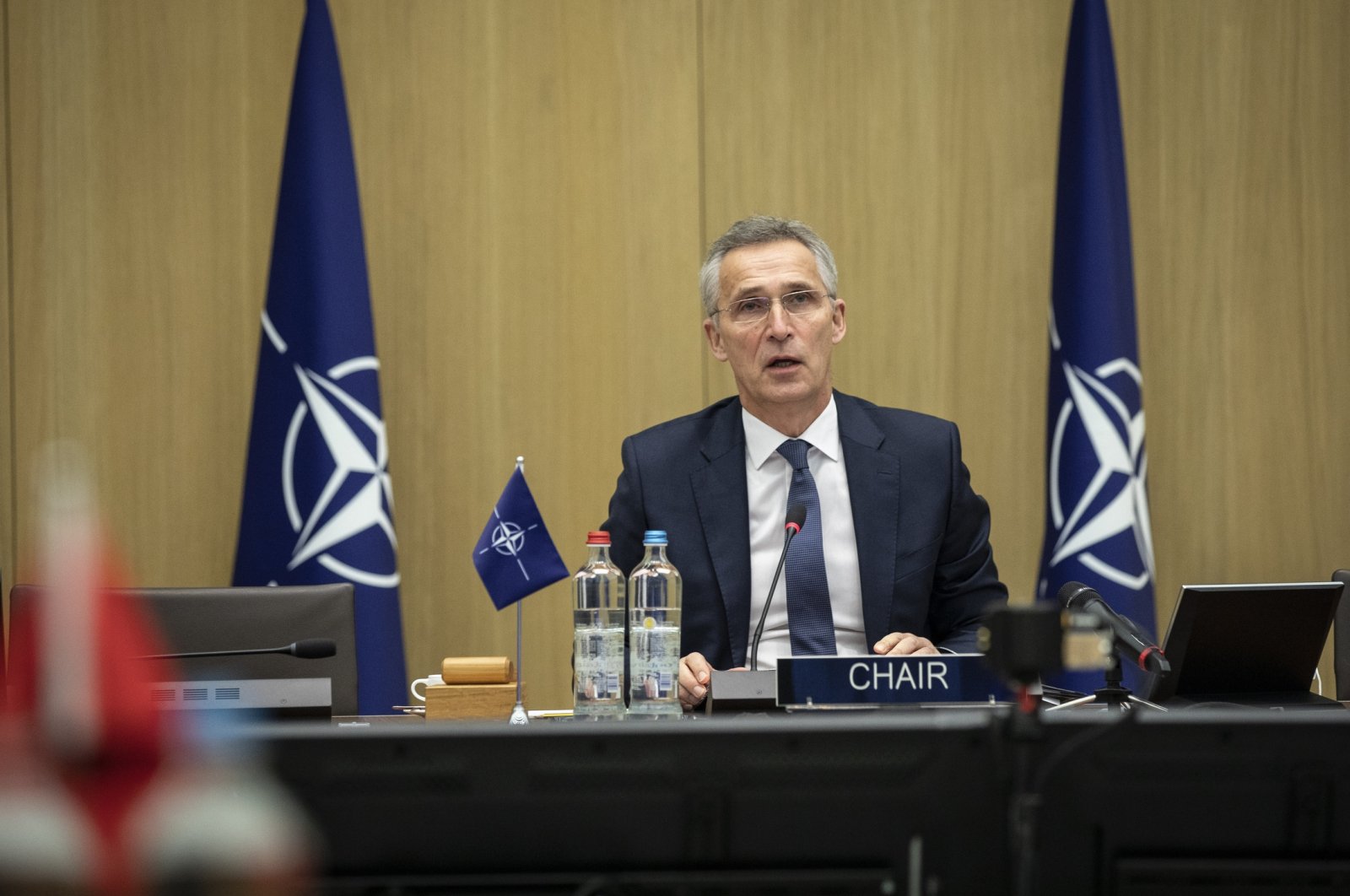 NATO Secretary-General Jens Stoltenberg on Thursday called on European leaders to be aware of the fact that Turkey is part of the family of NATO and the West despite differences and disagreements, ahead of a European Union summit that will discuss possible sanctions on Ankara.

Speaking during a joint news conference with Portuguese Prime Minister Antonio Costa, Stoltenberg recommended a positive approach during meetings on Turkey at the EU summit Thursday and Friday.

Saying that the issue is “difficult,” Stoltenberg noted that the conflict was handled last week during NATO’s foreign ministers meeting.

Stoltenberg underlined that Turkey is a significant NATO member that has borders with Iraq and Syria and that played a vital role in the fight against the Daesh terrorist organization. He added that Turkey is the country hosting the highest number of refugees and the NATO country most affected by terrorism.

The 27 EU leaders will convene for an in-person meeting to bridge disagreements on a host of issues and reinforce their cooperation in others.

After having threatened Turkey with additional sanctions over its gas explorations in the Eastern Mediterranean should no significant progress be made diplomatically, the EU leaders will likely return to the topic to explore possible further steps.

The Greek Cyprus administration and Greece, in particular, have long been calling for a stricter approach to the EU's neighbor, but other countries are reluctant to escalate the conflict.

Stoltenberg also reiterated that a deconfliction mechanism was established between Greece and Turkey to prevent unwanted incidents and accidents amid a heightened military presence in the Eastern Mediterranean.

“I try to expand and strengthen this mechanism because we have to prevent incidents and accidents between two allies,” he said.

Ankara and Athens have been holding NATO-led deconfliction talks to contribute to the solution of the conflict, but the latter has been keeping all channels of dialogue closed.

Designed to reduce the risk of incidents and accidents in the Eastern Mediterranean, the mechanism includes the creation of a hotline between Athens and Ankara to facilitate resolving conflicts at sea or in the air.