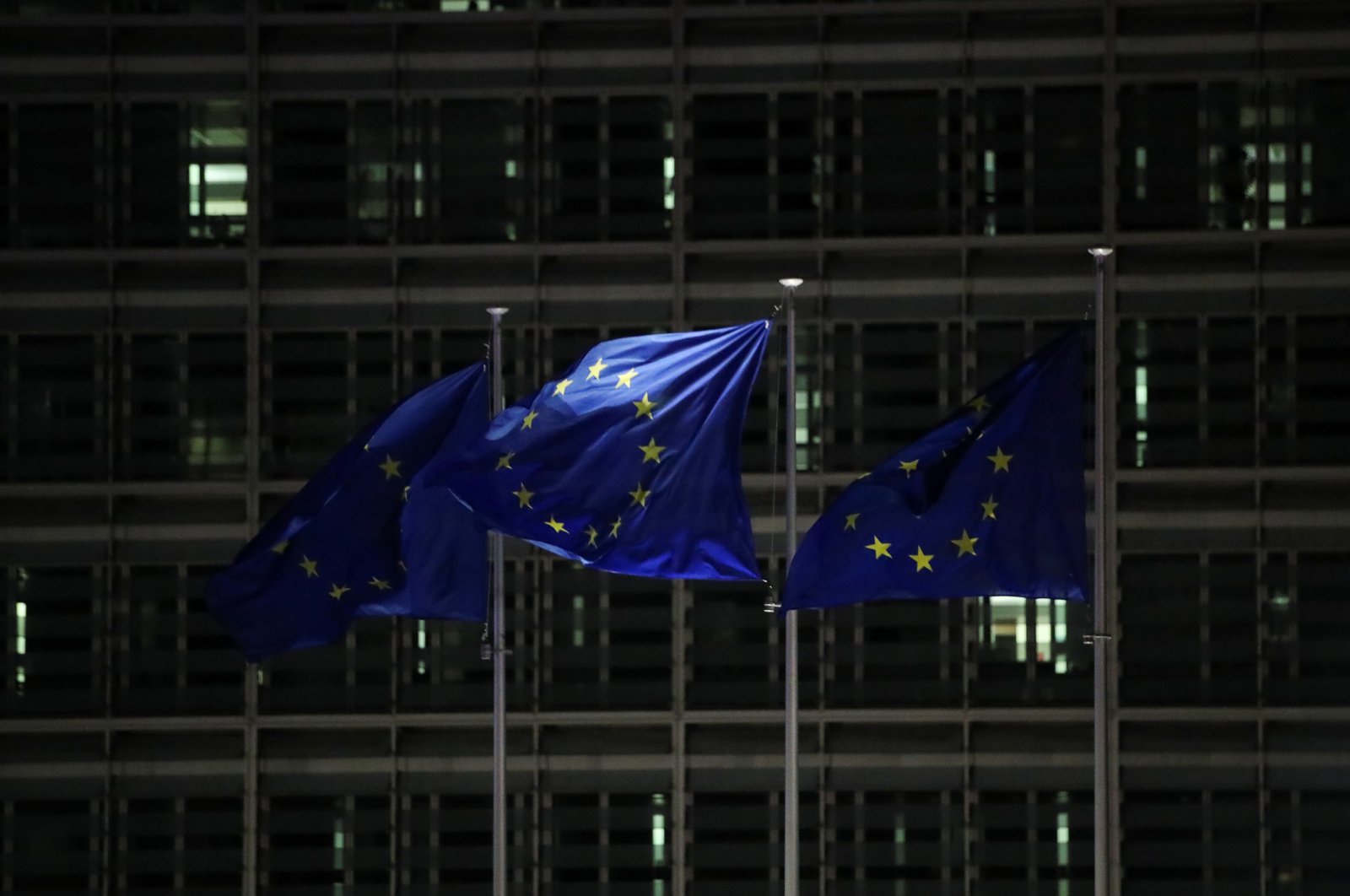 The maximalist demands and unfair stances of some European Union countries toward Turkey have forced Ankara and Brussels into a vicious cycle, harming common interests as well as regional peace, stability and security, the Turkish Foreign Ministry said in a statement Friday.

Though several EU member countries have sought dialogue and contact with Turkey since the bloc's October summit, a positive agenda in Turkey-EU relations could not be established and the EU has taken restrictive measures that will have no benefit due to the narrow political interests of a few member countries, the statement said.

"We reject the prejudiced stance in violation of the law that had to be inserted in the Dec. 10 EU summit conclusions through the pressure of solidarity and vetoes on Cyprus, the Eastern Mediterranean and the Aegean, as well as regional issues even though we know that a large part of the EU does not adopt these stances," the ministry said.

"The EU summit yesterday did not meet the expectations of some countries, because their demands were not rightful," President Recep Tayyip Erdoğan said Friday, adding that some reasonable countries of the bloc showed a positive approach at the summit and thwarted the game against Turkey.

Responding to journalists' questions in Istanbul Erdoğan said Turkey's rights have to be upheld and that EU countries must grant Ankara its promised amenities, including visa liberalization and an update of the customs union.

The steps taken at the summit did not go far enough for Greece, with envoys saying the country expressed frustration that the EU was hesitant to target Turkey's economy over the hydrocarbons dispute, as Germany, Italy and Spain pushed to give diplomacy more time.

The Turkish Foreign Ministry, on the other hand, reiterated that Turkey repeatedly voiced it was ready to launch exploratory talks with Greece for the sake of regional stability despite the latter's provocative steps.

EU leaders decided Friday to draw up a list of Turkish targets for sanctions in response to Ankara's drilling activities in the Eastern Mediterranean. The conclusions, released by a European Council spokesperson, called for a list to be drawn up of targets for "restrictive measures."

The leaders mandated chief EU diplomat Josep Borrell to prepare a report on more measures that could be taken to "expand the scope" of the action, to be submitted by next March.

Erdoğan said the EU summit in March can't yield any outcomes against Turkey.

On the eve of the EU summit, the Turkish president had dismissed the sanctions threat.

"Turkey does not care much about any sanctions decision to be made by the EU," he said, adding that the EU has never treated Turkey honestly.

Some members of the EU and NATO, the military alliance that includes both Greece and Turkey, have been more cautious in their relations with Turkey, however.

Ankara and Athens have held some NATO-led deconfliction talks aiming to reduce the risk of incidents and accidents in the Eastern Mediterranean and create a hotline to facilitate resolving conflicts at sea or air, but the latter has been keeping all channels of dialogue closed.

Turkish leaders have repeatedly stressed that Ankara is in favor of resolving all outstanding problems in the region through international law, good neighborly relations, dialogue and negotiation. Yet, Turkey has also criticized the EU's stance on the Eastern Mediterranean conflict, calling on the bloc to adopt a fair attitude regarding the dispute and give up on favoring Greece under the pretext of EU solidarity.

Turkey further urged the EU to adopt a principled and strategic stance in the common problems Ankara and Brussels encounter.

Since 2004, Turkey and the Turkish Republic of Northern Cyprus (TRNC) have been the ones that have undertaken all constructive and positive initiatives for the hydrocarbon resources in the Eastern Mediterranean to become an element of stability rather than tension, the ministry continued.

In recent months, Turkey has sent several drillships to explore for energy resources in the Eastern Mediterranean, asserting its own rights in the region, as well as those of the TRNC.

The Foreign Ministry said Friday, "Once again with this decision, the EU has ignored the will of the Turkish Cypriot people, which are the common owners of the island, and condemned itself to the impositions of the Greek Cypriot administration in the Cyprus and Varosha issue," underlining that the bloc has to give up this stance hindering a just, permanent and sustainable solution to the Cyprus issue.

The ministry urged the EU to find a solution based on the equal sharing of hydrocarbon resources and their income between Turkish and Greek Cypriots.

Turkey, as a guarantor state of the TRNC, is currently carrying out hydrocarbon exploration activities in the region as the ministry once again repeated that Ankara will continue to protect the legitimate rights of the TRNC in the region.

Regarding migration, which is another significant issue in Turkish-Greek relations, the Foreign Ministry criticized Athens' stance and mistreatment of refugees and said that the European Border and Coast Guard Agency's (Frontex) involvement in such incidents is "disgraceful."

The ministry said without ending such violations of human rights condemned by the international community, it is not possible to manage migration flows responsibly.

Turkey and Greece have been key transit points for migrants aiming to cross into Europe, fleeing war and persecution to start new lives. Turkey accuses Greece of inhumane treatment of migrants, large-scale pushbacks and summary deportations without access to asylum procedures, which is a violation of international law. It also accuses the EU of turning a blind eye to what it says is a blatant abuse of human rights.

Pushbacks are considered contrary to international refugee protection agreements, which say people shouldn't be expelled or returned to a country where their life or safety might be in danger due to their race, religion, nationality, or membership in a social or political group.

"The EU has to show its sensitivity toward migration management to Greece, which has turned its inhumane treatment of refugees into a systematic issue, and not to our country," the Foreign Ministry said.