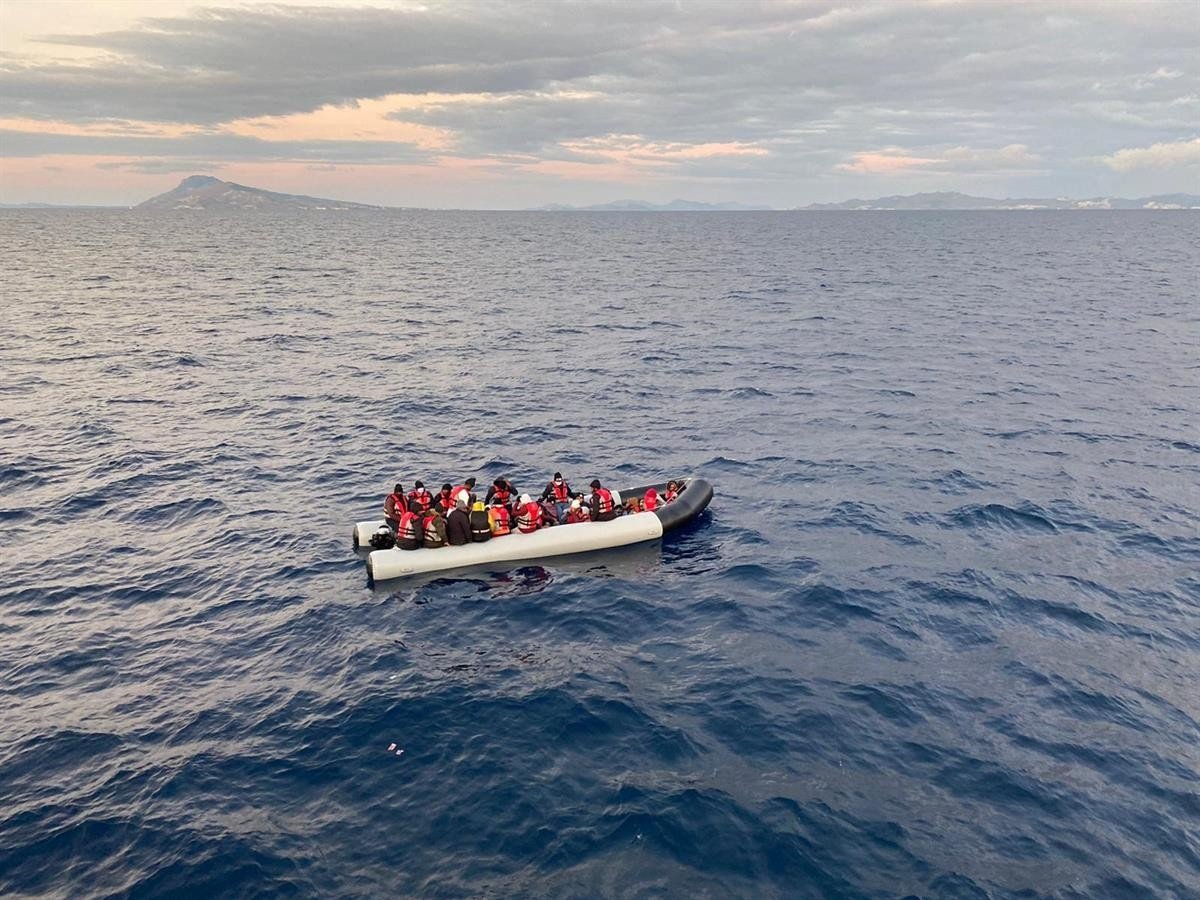 The Turkish coast guard has rescued 526 irregular migrants since Dec. 13 that were pushed back by Greece, the command said Tuesday.

From Dec. 13-25, "in a total of 52 incidents, 991 irregular migrants and 10 migrant smugglers were apprehended, and 526 irregular migrants pushed back into our territorial waters by Greek assets were rescued," it said in a statement.

The statement also highlighted Turkey's efforts to prevent irregular migration and illegal activities on a 24/7 basis and to assist anyone in need of help at sea while respecting human rights and both domestic and international law.

Greek officials' unfortunate statements blaming Turkey show how unserious they are about addressing the situation, it added.

Meanwhile, the Turkish coast guard on Tuesday rescued 88 irregular migrants, including 56 who were pushed back by Greek authorities in the Aegean Sea.

Turkey's five Aegean provinces – Çanakkale, Balıkesir, Izmir, Muğla and Aydın – are prime spots for refugees seeking to leave Turkey for the European Union, with Greek islands within sight of the Turkish coast.

Hundreds of people have died at sea as many boats carrying refugees often sink or capsize. The Turkish Coast Guard Command has rescued thousands of others.