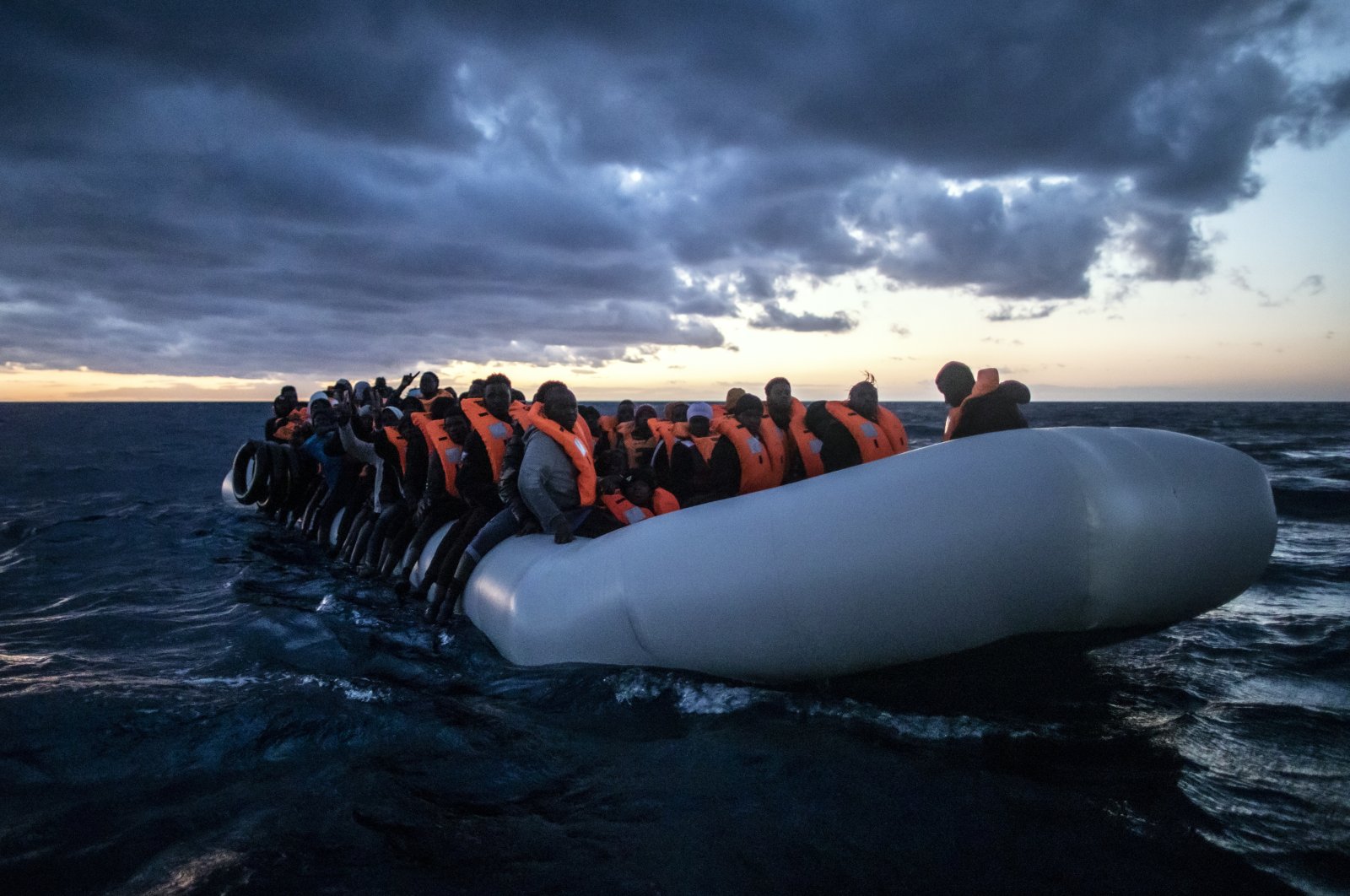 Migrants and refugees from various African nationalities wait on a rubber boat as aid workers on a rescue vessel of the Spanish NGO Open Arms approach in international waters in the Mediterranean Sea, 80 miles off the Libyan coast, Feb. 13, 2021. (AP Photo)
by Daily Sabah with AA Mar 22, 2021 11:25 am
RECOMMENDED

The Turkish coast guard on Sunday found an irregular migrant who had gone missing three days earlier when the Greek coast guard dumped him, along with several others, in the Aegean Sea.

The Turkish Coast Guard Command found a life vest during their search around the island of Boğaz, off the coast of Izmir province, where coast guard teams had rescued two migrants earlier.

He was taken to a hospital in Izmir's Çesme district and is said to be in good health.

Seyyid reportedly survived thanks to the life vest he was wearing and swam toward Boğaz Island, where he found drinkable water and ate plants to stay alive.

On Friday, at least three people were found dead and one remains missing after the Greek coast guard robbed a group of irregular migrants and dumped them in the Aegean Sea.

The Turkish Coast Guard Command managed to rescue two migrants from Boğaz Island and two more from the surrounding waters. One of the two initially saved from the sea later passed away in the hospital.

On Monday, Turkey also rescued at least 48 irregular migrants who were pushed back by the Greek coast guard into Turkish territorial waters in the Aegean Sea, according to a security source.

The migrants were rescued from a rubber boat off the coast of Ayvalık in Turkey's northwestern Balıkesir province, said the source who asked not to be named due to restrictions on speaking to the media.

Authorities brought the group to Cunda Island, where they were provided with food, clothing and medical supplies.

Turkey has been a key transit point for asylum-seekers and migrants aiming to cross into Europe to start new lives, especially those fleeing war and persecution.

Both Turkey and numerous human rights groups have repeatedly condemned Greece's illegal practice of pushing back migrants, saying it violates humanitarian values and international law by endangering the lives of vulnerable migrants, including women and children.