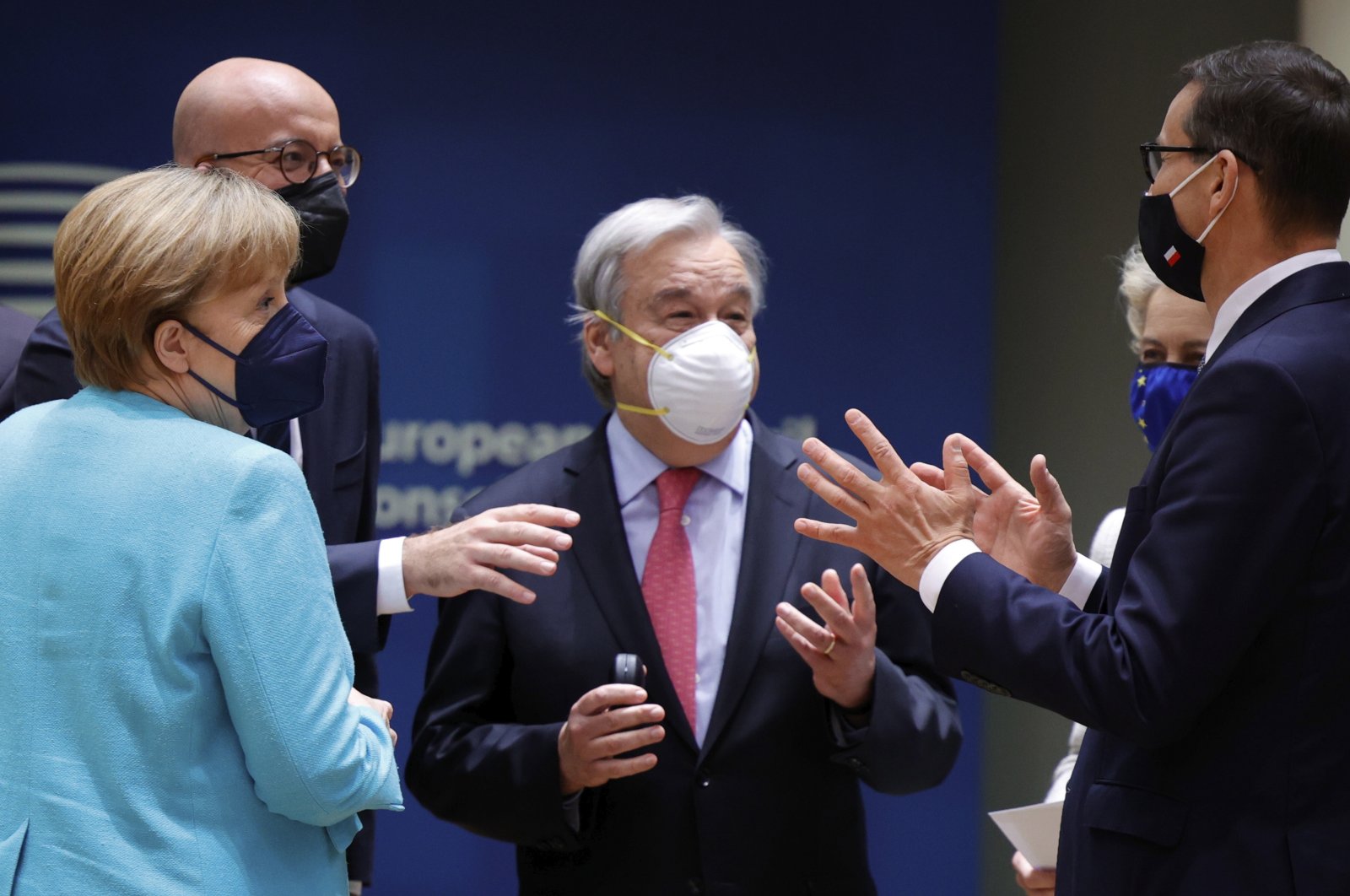 The decisions taken regarding Turkey on Thursday's European Union summit in Brussels are far from containing the expected and necessary steps, Turkey's Foreign Ministry stated Friday.

Turkey has more than fulfilled its responsibilities in terms of reducing tensions and initiating dialogue and cooperation, the statement said and added that "the EU's acknowledgment that the tension has decreased and delaying taking concrete decisions to implement the positive agenda, including updating the Customs Union, is seen as a delaying tactic, lack of will and abuse of EU membership by one or two member states. Avoiding reference to our candidacy status in the text also confirms this view."

"The proposed new financial aid package is for Syrian refugees, not Turkey, and is essentially a step to be taken to ensure EU's own peace and security. Reducing migration cooperation to just a financial dimension is a big mistake. Aiming for close cooperation in this area would be beneficial for everyone," it said.

Regarding the Cyprus issue, the ministry said that "the Cyprus-related parts of the summit resolutions are, as usual, a repetition of the views of the Greek duo. With this attitude, the EU once again ignored the Turkish Cypriots and their equal rights. As long as this attitude of the EU continues, it is not possible to make a constructive contribution to the Cyprus issue. On this occasion, we invite the EU once again to see the realities on the island, to recognize the Turkish Cypriots and their acquired equal rights, and to fulfill the promises made in 2004."

In order to maintain the positive momentum achieved and to advance Turkey-EU relations through the "positive agenda" with the perspective of accession, the EU must review the migrant deal with all its aspects and a holistic understanding and to make it operational in a way that will respond to the needs of the day and common interests, Ankara said.

Leaders at the two-day EU summit noted preparations for high-level dialogue with Turkey on migration, health, climate, counterterrorism and regional issues, in a report late Thursday.

The EU has also decided to continue working on a customs union update with Turkey, German Chancellor Angela Merkel said Thursday, adding that the bloc also agreed on additional funding of 3.5 billion euros ($4.17 billion) for migrants in Turkey.