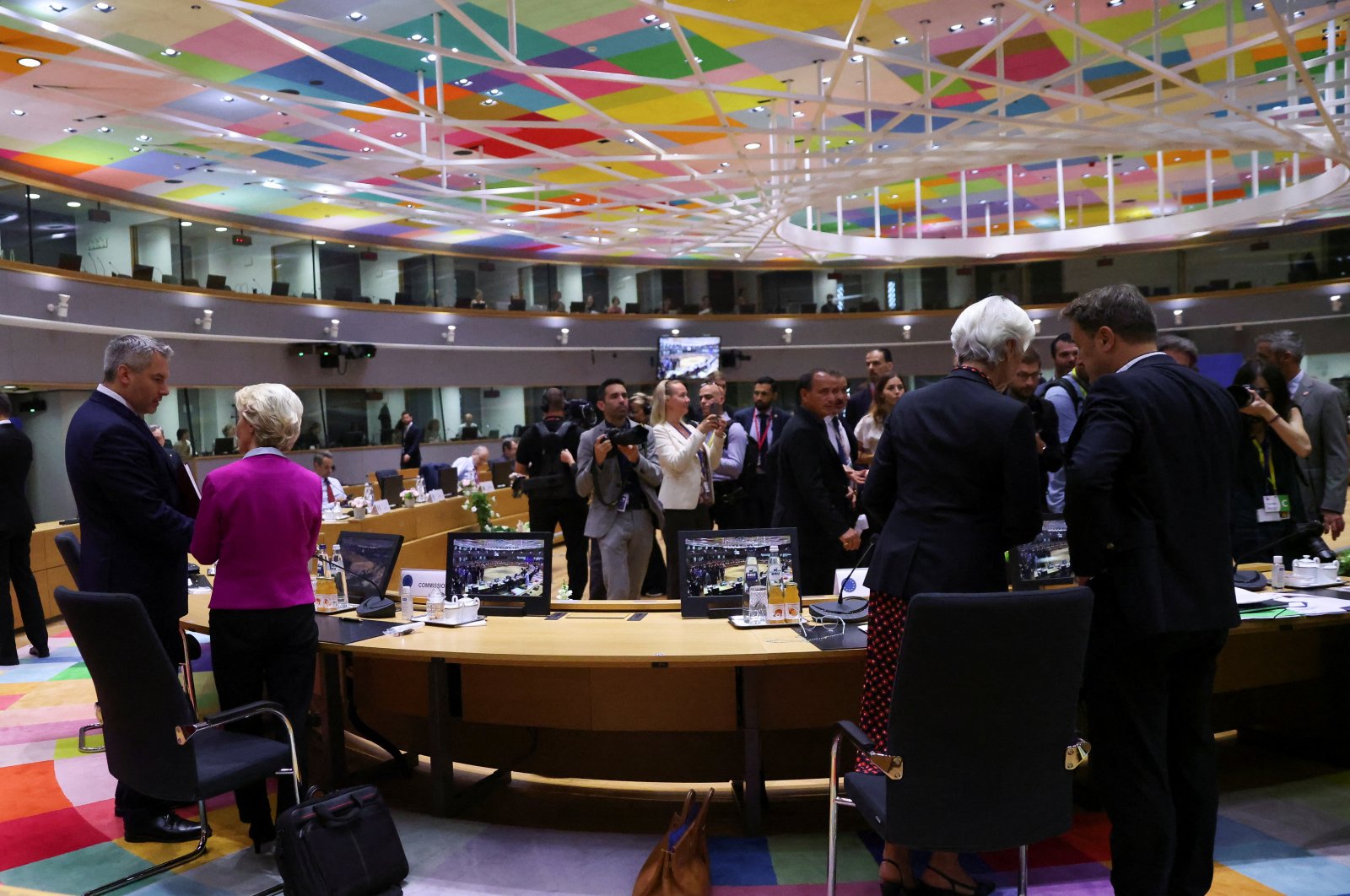 Turkey on Friday criticized a series of decisions on the Aegean and Mediterranean taken by a European Union summit.

The decisions, adopted on Friday at the end of a two-day leaders' summit in Brussels, are prejudiced, lack vision, and are disconnected from reality, the Foreign Ministry said in a statement.

Citing several Greek policy positions and actions, including its claim to 10 nautical miles (11.5 miles) of national airspace, the militarization of Aegean islands near the Turkish coast, and pushbacks of asylum seekers, it underlined that the EU's silence on these issues contributes nothing toward their resolution and harms regional stability.

It also asserted that the bloc's efforts to legitimize maximalism and unlawfulness regarding the Eastern Mediterranean and the Aegean Sea are "unacceptable."

Turkey maintains its stance in favor of international law and good neighborly relations, said the statement, adding that it showed the EU's insincerity with its deliberate tensions and escalation, and that Turkey would respond to this attitude.

The EU should stop sacrificing the benefits that the Turkish accession process and cooperation would provide instead of the narrow-minded, unlawful and maximalist claims of Greece and the Greek Cypriot administration, said the ministry, stating that this would also be in the EU's own interests.

On the other hand, the Foreign Ministry welcomed the summit's decision to name Ukraine and Moldova EU candidates for accession, as well as to recognize the European perspective of Georgia.

However, it voiced criticism over the continued failure to launch accession negotiations with Albania and North Macedonia, despite them already being candidate countries.

The statement also urged the bloc to make Bosnia-Herzegovina a candidate, as well, stating that this would be to the benefit of the wider European geography, including the Balkans.

Turkey believes the EU should engage sincerely with all candidate countries and that accession should progress on the basis of merit, it added.