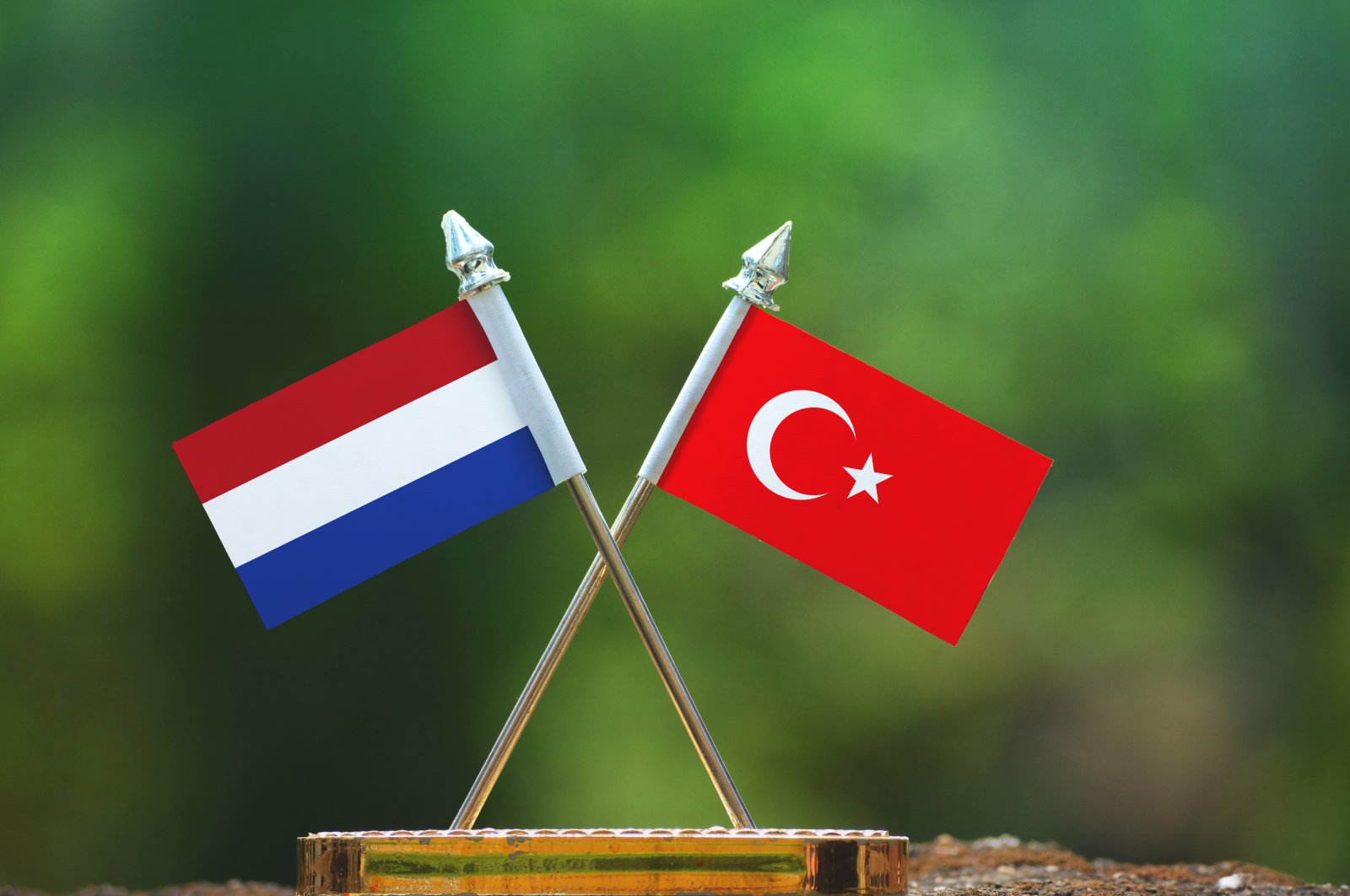 The flags of the Netherlands and Turkey are seen together in this undated file photo. (Shutterstock Photo)
by DAILY SABAH
Oct 14, 2021 12:56 pm

Turkey will host political consultation meetings with the Netherlands on Friday, the Foreign Ministry said.

The discussions are expected to focus on an extensive review of bilateral relations and exchanging views on Turkey’s European Union accession process.

Turkey has recently reiterated that it is part of the bloc and sees its future in the EU, while it will continue efforts toward full membership. Turkish officials have also said they hope for progress in 2021 and expect the bloc to take definitive action to this end.

In 2018, the Dutch Foreign Ministry said it had formally withdrawn its ambassador to Turkey, who has been physically barred from the country for almost a year, over a dispute that began in March 2017.

The incident occurred shortly before the Dutch general elections on March 15, 2017, and the Turkish constitutional reform and presidential system referendum on April 16 the same year.

Turkey withdrew its ambassador to The Hague after the incident, while Dutch Ambassador Cornelis Van Rij, who was recalled to the Netherlands for consultations after Ankara asked him not to return for a while, was not allowed back into Turkey. The Dutch Foreign Ministry finally withdrew the envoy in February.

On July 20, 2018, Turkey and the Netherlands decided to normalize bilateral relations and have restored full formal diplomatic ties.