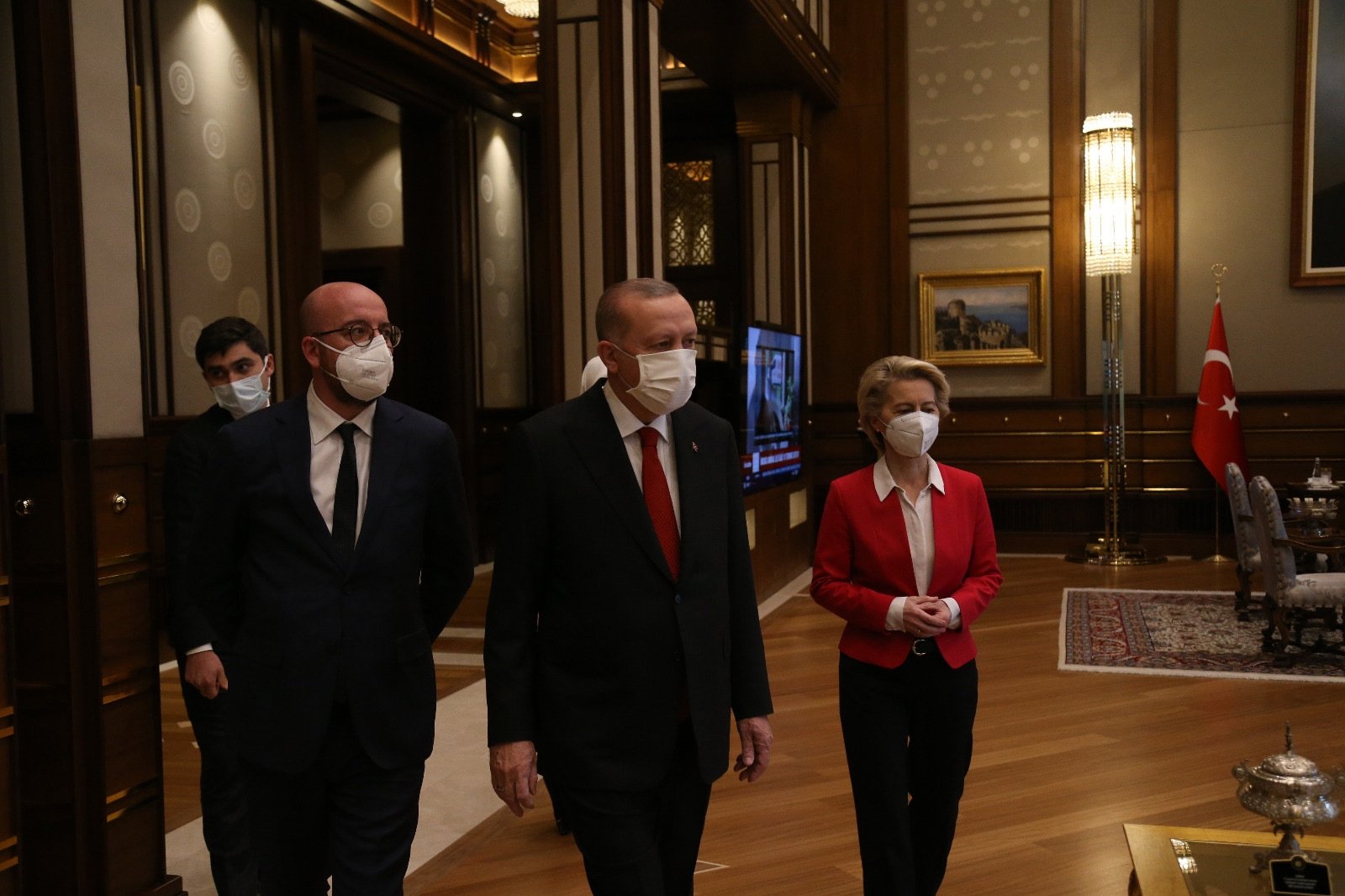 Turkey exhibited the required respect and professionalism when it comes to the issue of protocol that arose during the recent meeting between President Recep Tayyip Erdoğan and the European Union chiefs in Ankara, Thomas Sladko, ISPD managing director and former deputy head of protocol at the Austrian Federal Chancellery stated.

The former protocol head wrote an article titled “Just a sofa for Ursula von der Leyen: Turkish sofa gate or has the EU forgotten the protocol?” and expanded on the "Sofa Gate" furor that erupted when European Commission President Ursula von der Leyen was left without a chair.

“Turkey showed respect and professionalism in terms of protocol,” he stressed, pointing to the flags, which were set up according to proper protocol.

Sladko noted that the EU flag had been placed on the higher ranking side, the right, explaining that: “This illustrates the respect for the guest of honor and also the professionalism in terms of protocol.”

The Turkish leader received a torrent of criticism after images went viral of his meeting with von der Leyen and European Council President Charles Michel.

Italian Prime Minister Mario Draghi even called Erdoğan a dictator in the aftermath of the incident, sparking a furious response from Turkey.

Explaining that the protocols of official visits rarely attract attention, Sladko noted that "protocol is only seen when it fails.”

The diplomatic faux pas was instantly branded "Sofa Gate" on Twitter and became the dominant talking point of the first Turkey-EU summit in a year.

“It turns out that the current discussion is drifting in the direction of a discussion about women's rights or that the fact that the current president of the European Commission is a woman is not being respected,” Sladko stated, “However, one of the main functions of the protocol is based on respect for the institution that each person represents. From this point of view, gender plays a subordinate role.”

Having underlined that the protocols do not take gender into consideration, Sladko put forward whether Jose Manuel Barroso would have received the same response if he had been von der Leyen's position.

Another point that must be taken into consideration when looking at the situation from an EU perspective is that the EU side is more accustomed to gathering around round or rectangular tables where delegations sit next to or facing one another.

“Personally, I have worked with Turkey's state protocol team several times and know that they are indeed highly professional and share information with their guests. Therefore, I am sure that the team knew about the planned seating arrangements in advance and had enough time to question them, express their concerns or even change them,” he underlined.