Turkish Cyprus to never give up Turkey's guarantorship: Tatar 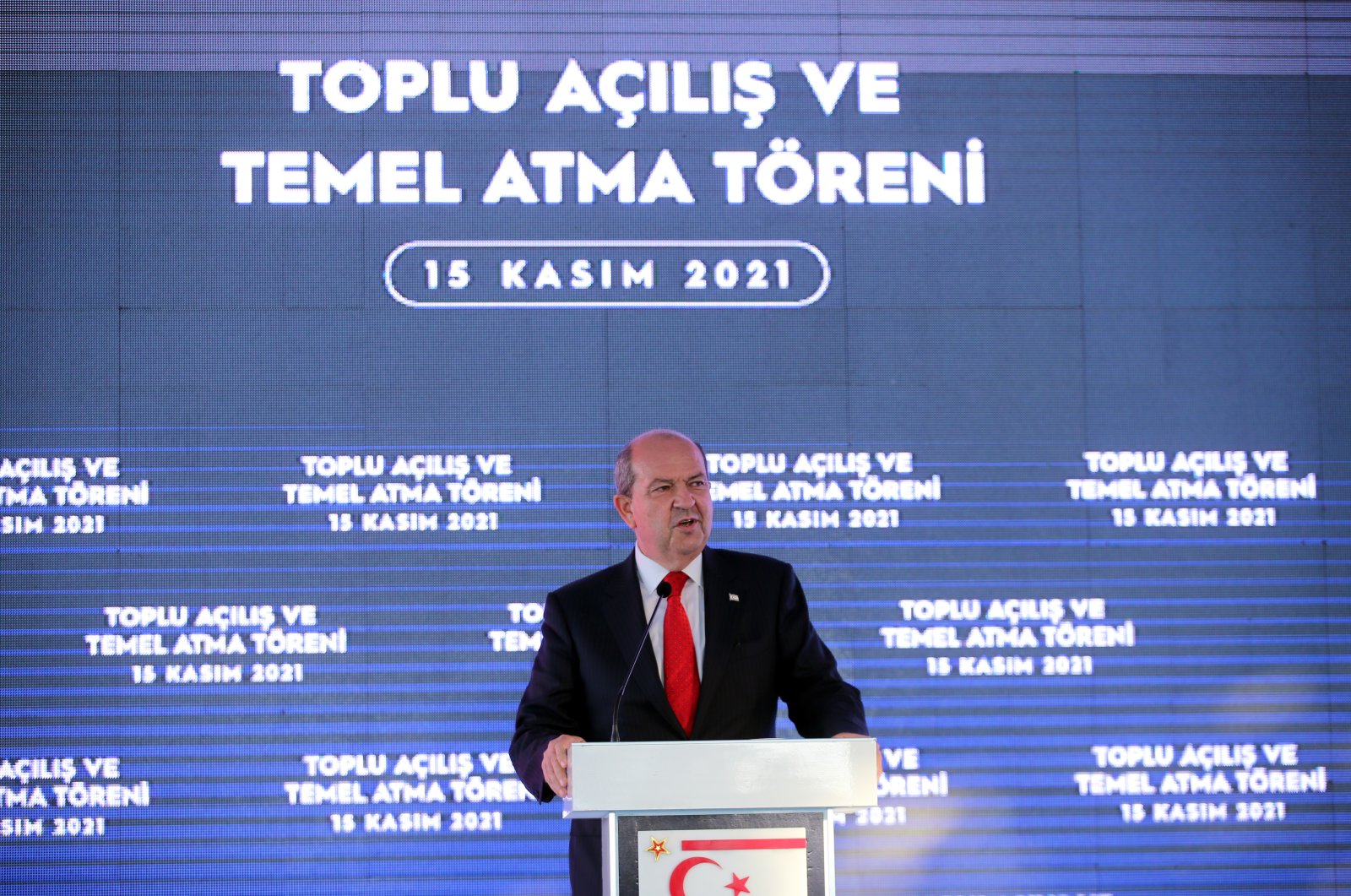 The Turkish Republic of Northern Cyprus (TRNC) will never give up Turkey’s position as a guarantor country, President Ersin Tatar said Sunday.

In a written statement, the Turkish Cypriot president said Greece and the Greek Cypriot administration have been trying to get rid of Turkey’s status as a guarantor for the TRNC since its foundation.

“The Greek side has been requesting to remove Turkey’s status as a guarantor nation and remove Turkish troops from Cyprus. This is an impossible dream,” Tatar said, adding that the Turkish Cypriots and Turkey are completely against this.

He continued by saying that Anastasiades’ claim that Turkey never wanted guarantors to be removed from Cyprus attempts to conceal the Greek Cypriot administration’s irreconcilable stance and throw the book at Turkey and Turkish Cypriots for lack of solution to the problems on the island.

Tatar also said Anastasiades’ attempt to depict Turkey’s determination to stay as a guarantor for TRNC, which is rooted in international agreements, as a new phenomenon is a futile effort.

The island of Cyprus has been mired in a decadeslong struggle between the Turkish and Greek Cypriots, despite a series of diplomatic efforts by the United Nations to achieve a comprehensive settlement.