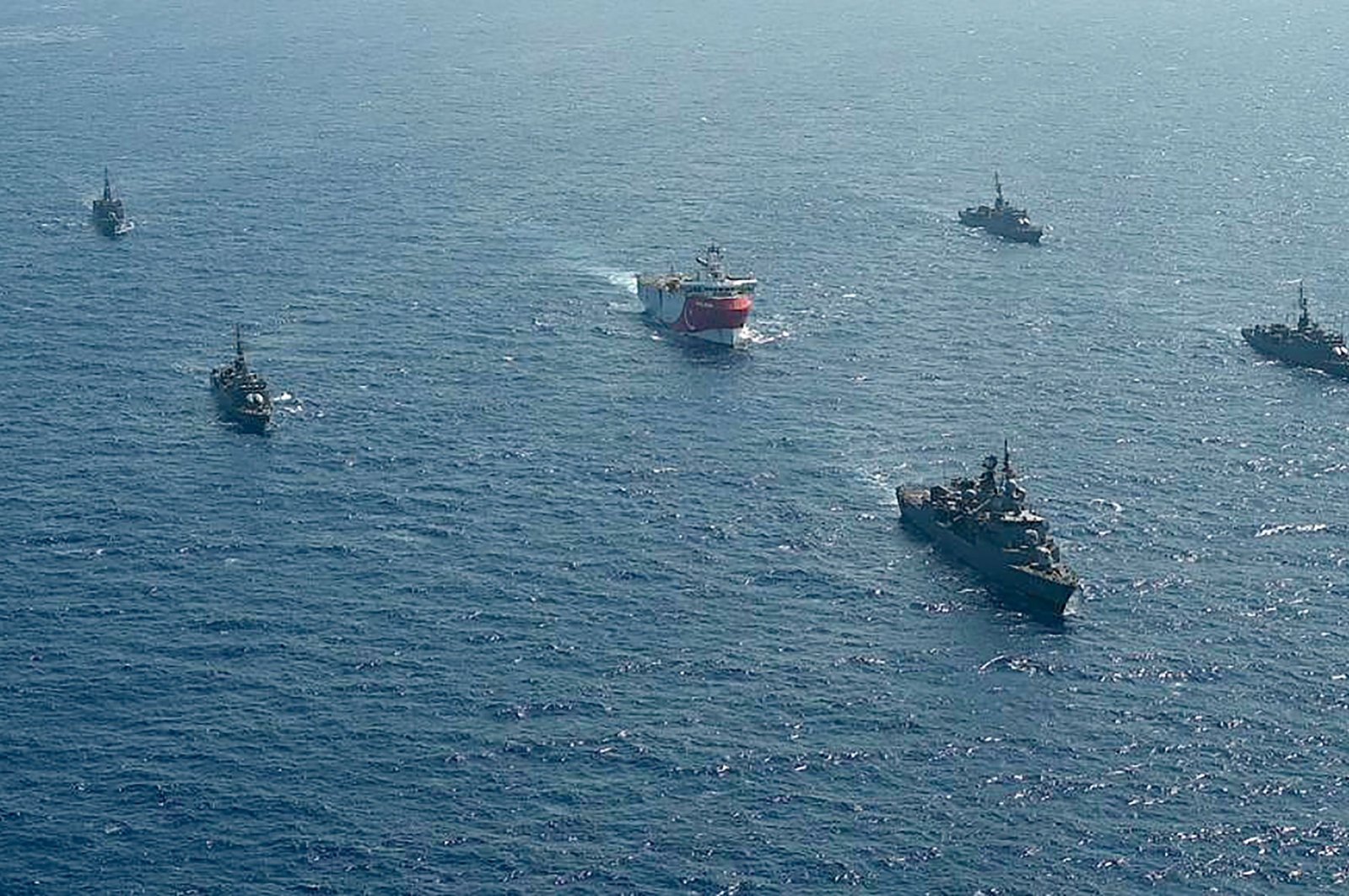 This handout photograph released by the Turkish Defense Ministry shows Turkish seismic research vessel "Oruc Reis" (C) as it is escorted by Turkish Naval ships in the Mediterranean Sea, off Antalya, Aug. 10, 2020. (AFP File Photo)
by daily sabah Sep 22, 2021 11:31 am

The Oruç Reis frigate warned a Greek vessel attempting to violate Turkey's continental shelf in the Eastern Mediterranean to stay away.

The frigate told the crew on the Greek Nautical Geo vessel that it would interfere in case of a violation.

They noted that some of the vessels entered the Turkish continental shelf without informing authorities.