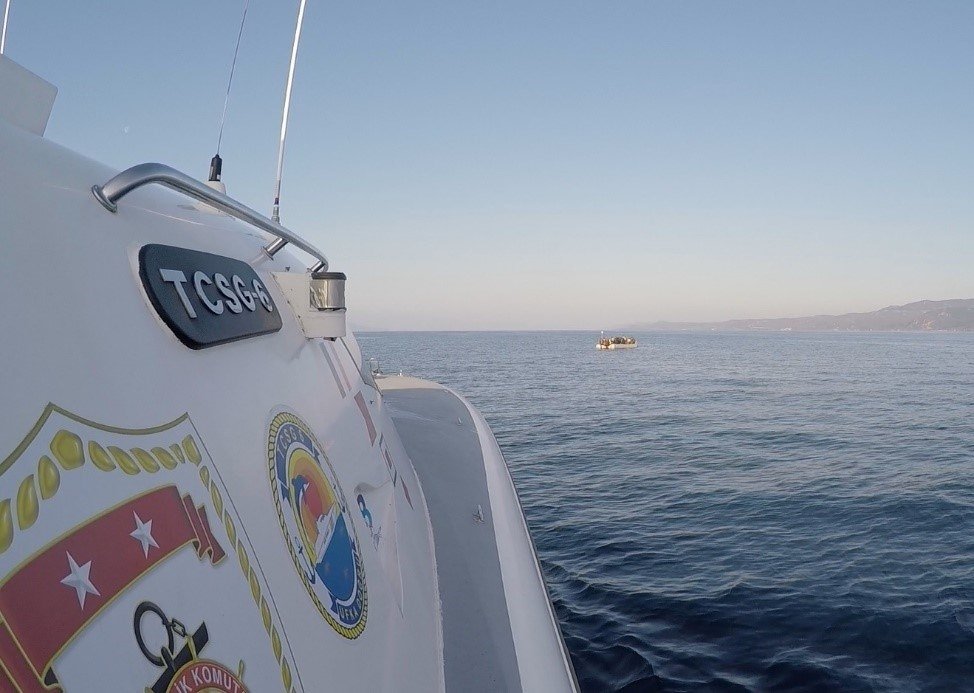 Footage of the Turkish Coast Guard intervening in an attempt by the Greek Coast Guard to push back irregular migrants has been recorded by an unmanned aerial vehicle (UAV).

The April 2 footage captured by the National Defense Ministry shows Greek Coast Guard boats forcing some 20-25 asylum-seekers in inflatable boats north of the Greek island of Rhodes into Turkish territorial waters, said the sources, who asked not to be named due to restrictions on speaking to the media.

It then shows Turkish Coast Guard units coming to the aid of the asylum-seekers and bringing them ashore.

Most recently, at least three people died and one more was missing after the Greek Coast Guard dumped a group of asylum-seekers into the Aegean Sea, Turkish authorities said last month.