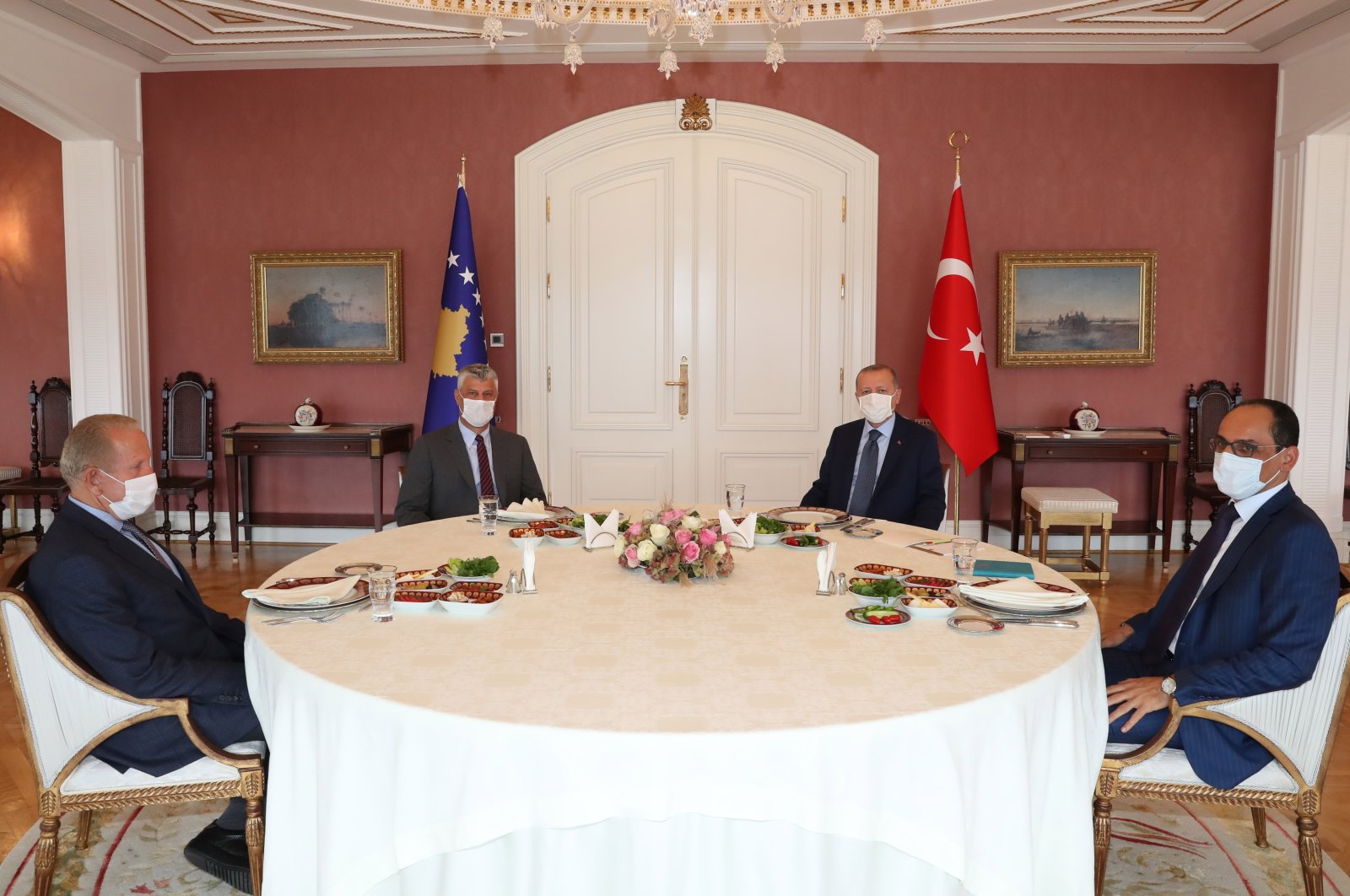 The meeting, which was also attended by presidential spokesperson Ibrahim Kalın, took place at the city's Vahdettin Mansion. No further details of the meeting have been provided.

"Thankful to President Erdoğan for the warm hospitality and productive conversation on all issues of mutual interest, including bilateral cooperation, regional and global issues. Our two nations enjoy friendly relations and will further strengthen their strategic partnership," Thaci said on Twitter.

Ankara earlier this month expressed disappointment over Kosovo's willingness to open mutual embassies with Israel as in violation of international law.

The ministry reiterated that as one of the first countries to recognize Kosovo, which declared its independence from Serbia in 2008, Turkey supported the country's recognition by the international community.

"However, we do not support this process being established at the expense of the Palestinian people, whose territory is under occupation, in violation of the law," the ministry said, calling on Kosovo to respect the law in order to avoid moves that could prevent the country from being recognized by others in the future.