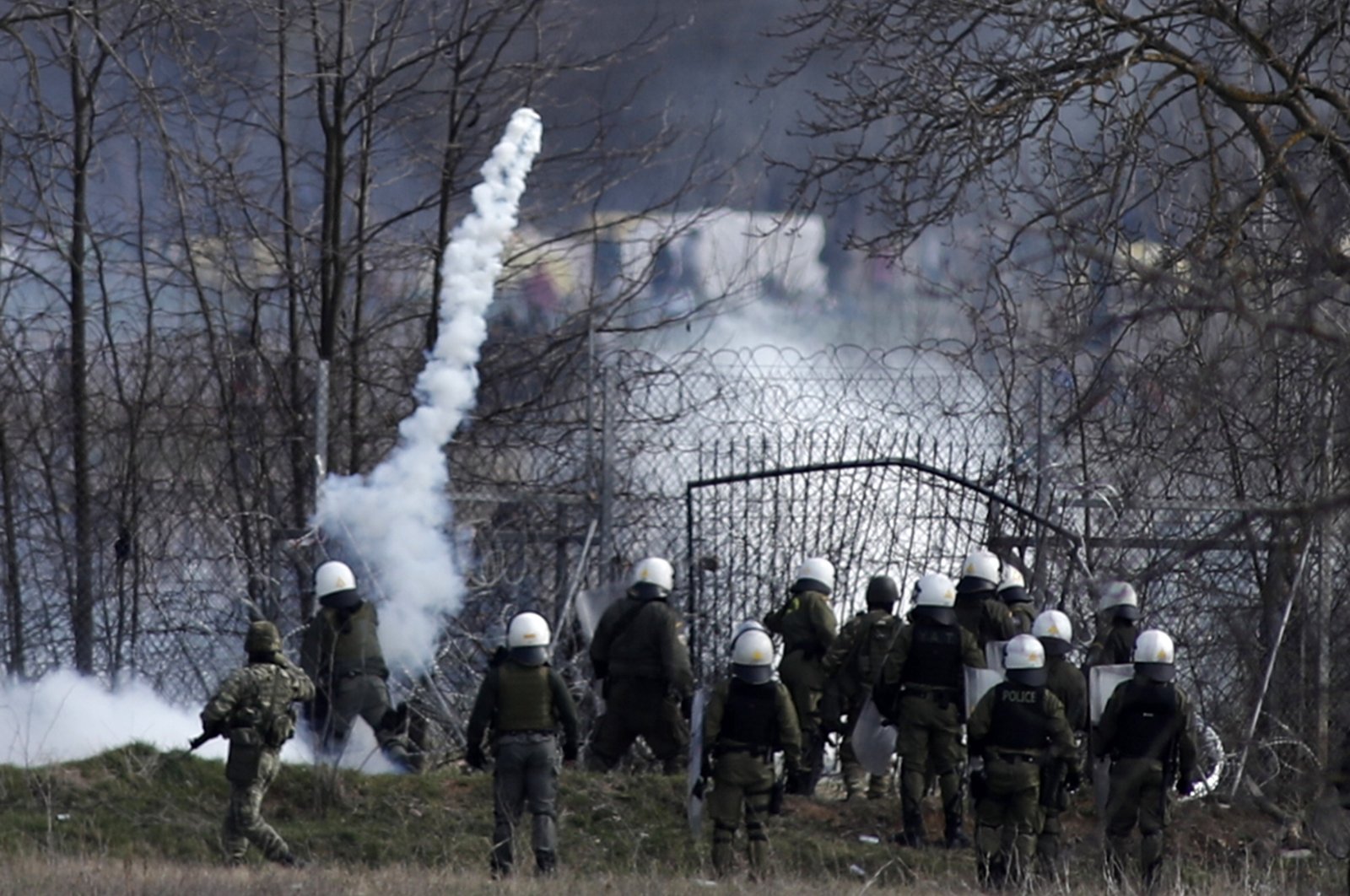 Greek police guard as migrants gather at a border fence on the Turkish side, during clashes at the Greek-Turkish border in Kastanies, Evros region on March 7. Thousands of refugees and other migrants have been trying to get into EU member Greece in the past week after Turkey declared that its previously guarded borders with Europe were open. (AP Photo)
by Daily Sabah with AA Mar 11, 2020 6:18 pm

Turkish bar associations will refer to Greece’s harsh treatment of refugees, trying to pass the Turkish-Greek border, at the European Court of Human Rights (ECtHR).

Speaking at an event in the northwestern province of Edirne, the Union of the Turkish Bar Associations (TBB) President Metin Feyzioğlu discussed the Greek security forces' violent attitude against refugees, including “torture, shootings and acid attacks.”

“We received legations from those people, and we will refer Greece to ECtHR due to human rights violations, disproportionate use of force and misconduct,” he said.

He also called on the EU to fulfill its responsibilities on the issue.

Thousands of refugees and other migrants have been trying to get into Greece through the country’s eastern land and sea borders over the past week after Turkey declared its previously-guarded borders with Europe would be opened.

Many have been camping out near the border on the Turkish side, hoping to cross despite Greek insistence that its border is closed. Greece has been widely criticized for using force, including water cannons, tear gas and bullets to repel incoming migrants.