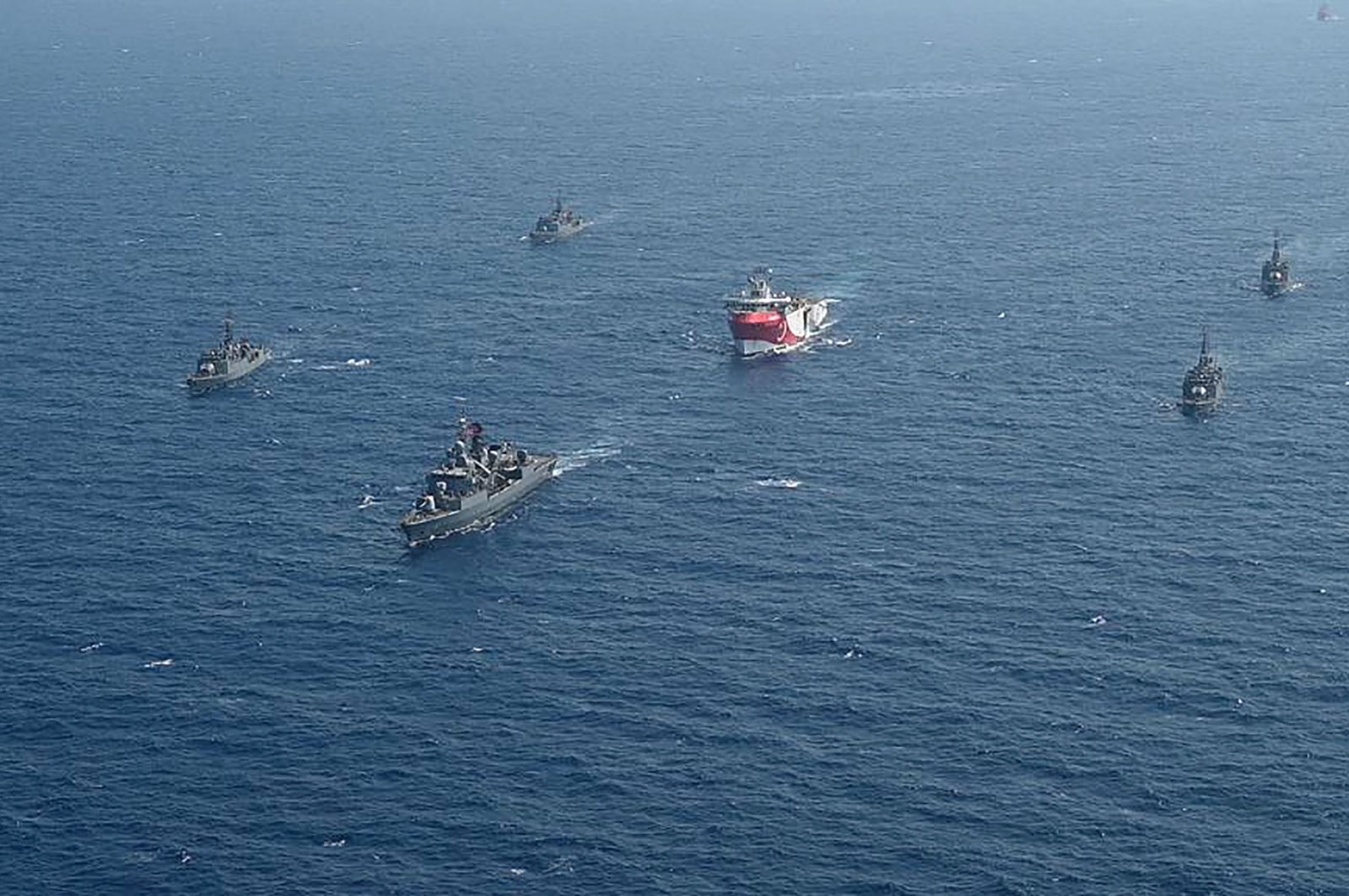 The Turkish navy will continue to protect the country's Oruç Reis vessel during its seismic research in the Mediterranean, the Turkish Defense Ministry said Thursday.

In a Twitter post, the ministry said: "The Turkish Naval Forces, the protectors of our naval rights and maritime jurisdiction, will continue to support and protect the Oruç Reis seismic research vessel with the same accompanying ships we have used since the beginning of the research," the ministry said.

Turkey's Defense Minister Hulusi Akar Friday emphasized that Turkey had responded to all interventions on its energy exploration ship in the Eastern Mediterranean and would continue to do so in the future.

"No intervention on our ships have been or will be left unanswered. We want everyone to know that we are unyielding on this issue," Akar said in a video conference with top commanders on duty in the Eastern Mediterranean and the Aegean Sea, including the ships accompanying its seismic research vessel, the Oruc Reis.

"We are determined to protect our rights and interests in our seas and do what is necessary ~ and we are capable of doing so," he added.

"The Republic of Turkey as a state doesn't covet anyone's land," said Akar, underlining that Ankara respected its neighbors' territorial and political integrity.

Akar stressed that a recent maritime delimitation agreement signed last week between Greece and Egypt had "no legal basis" and that both countries were "at loss." He also asserted that international disputes must be resolved through dialogue as the "most important tool in solving the problems between Turkey and Greece."

President Recep Tayyip Erdoğan also warned that any attack on the Turkish vessel engaged in energy exploration along Turkey's continental shelf in the Eastern Mediterranean will pay dearly.

"We said before that if you attack our Oruç Reis (drillship) you will pay a high price, and today they got their first response," said Erdoğan, speaking at an event marking the 19th anniversary of the ruling Justice and Development Party (AK Party). He did not elaborate further although he hinted that one incident had already occurred.

Speaking on Friday, Erdoğan said: "There was a small skirmish as the Greek navy tried to harass the seismic vessel Oruç Reis, and our TCG Kemalreis frigate responded accordingly: they retreated to their own port."

He reiterated that Turkey would respond to any harassment targeting Turkish ships in the region.

Erdoğan's remarks came amid growing tensions in the region after Greece sent its warships to the area in the wake of signing a controversial maritime deal with Egypt.

Stressing that he favored a solution in the Eastern Mediterranean that would protect the rights of all countries to mutual benefit, Erdoğan reiterated his commitment to defend Turkey’s rights against attempts to disregard them.

Earlier this week, Turkey resumed energy exploration in the region after Greece and Egypt signed a controversial maritime delimitation deal.

But, after declaring the Greek-Egyptian deal "null and void," Turkey authorized the Oruç Reis to continue its activities in an area within the country's continental shelf.

Erdoğan said the only solution to the dispute was through dialogue and negotiation and urged Athens to respect Turkey's rights.