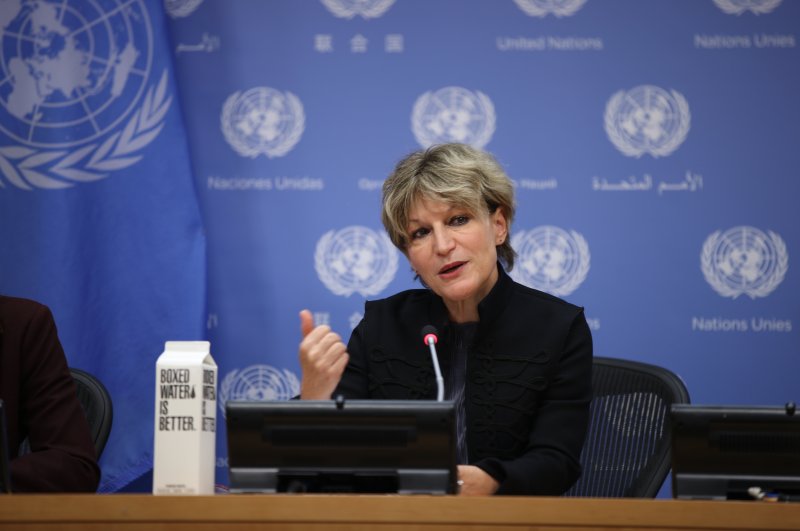 A U.N. official on Tuesday condemned Greek authorities' mistreatment of migrants and refugees trying to cross into Europe in search of a better life.

"I am profoundly angered, disgusted with these repeated violations of international law, of the morality of what it should be to be human: Protect those in need," Agnes Callamard wrote on Twitter, after reposting a video of a migrant boat being shot at by the Greek coast guard.

"How many EU leaders will react to the images of this Greek border control boat shooting at children? Pushing them back like the plague?" said Callamard, the special rapporteur on extrajudicial, summary or arbitrary executions.

Countries are entitled to control their borders but in doing so they must fulfill their human rights obligations, she added.

Decrying the boat shooting, she wrote: "This is not Europe 1940 firing at refugees escaping Nazism. This is not the MS St. Louis and its 900 Jewish passengers denied entry by the U.S. & Canada in 1939. This is EUROPE IN 2020."