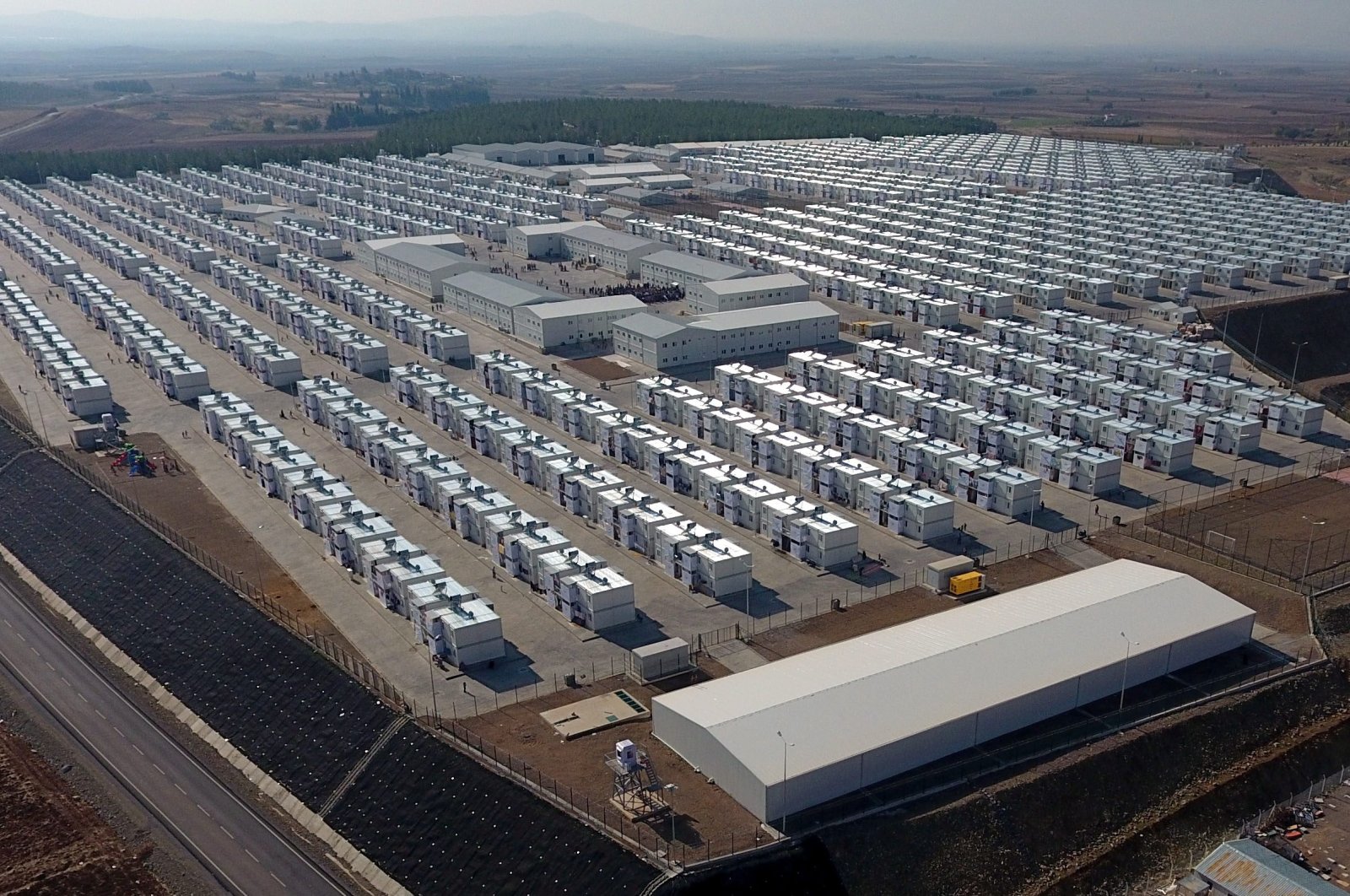 An aerial view from 2016 of the 25,000-capacity refugee camp built by Turkey's Disaster and Emergency Management Authority (AFAD) in Kahramanmaraş province, Turkey. (AA File Photo)
by daily sabah
Nov 06, 2020 9:51 am

European leaders should follow in Turkey’s footsteps in terms of how it treats migrants and refugees, Jan Egeland, the secretary-general of the Norwegian Refugee Council and former head of the United Nation's humanitarian taskforce for Syria, said.

“European leaders – see how Lebanon, Jordan, Turkey and Liberia opened borders and hearts to receive civilians seeking protection,” Egeland said on his Twitter account, noting that Western countries that have sufficient resources to ensure the safety of refugees and asylum-seekers should not place the burden on other countries.

Egeland also cited a study that looked into the countries that received the most refugees. The study highlighted that Turkey received up to 4.3 million refugees, more than any other country in the past decade, and also added that Turkey handled the refugee crisis better than Lebanon.

Turkey has been praised by many officials for its efforts to assist disadvantaged people, especially Syrian refugees. As a country hosting more than 50% of the world's refugees, Turkey has been "exemplary" in its response to the migration crisis, the U.N. has said.

Syrian refugees fleeing war and violence in their home country also praise the conditions in refugee centers in Turkey.

The camps provide for the needs of refugees, including education, health care and infrastructure.

One of the modern camps is the 102,000-square-meter (25-acre) Yayladağı temporary refugee center in Turkey's southern Hatay province, which houses over 4,000 refugees in 776 dwellings.

The camp includes a clinic, school, library, mosque, football pitch, three playgrounds and a child protection center run by the Turkish Red Crescent (Kızılay), and is served by a staff of nearly 200 working around the clock.

Through this process, Turkish officials have put forward humanitarian efforts to meet the basic needs of refugees by offering them various forms of assistance and helping coordinate international aid. Modern camps provide refugees access to all basic services, from education to vocational training courses. Compared to refugee camps in many Western countries, Turkey maintains much better standards despite hosting much larger populations.

Education is the main concern for refugees as youth and children make up the majority of Syrians taking shelter in Turkey. Turkey has so far reached out to almost 1 million Syrian children in its bid to provide them with an education. They attend public and charity-run schools or schools set up in certain refugee camps.