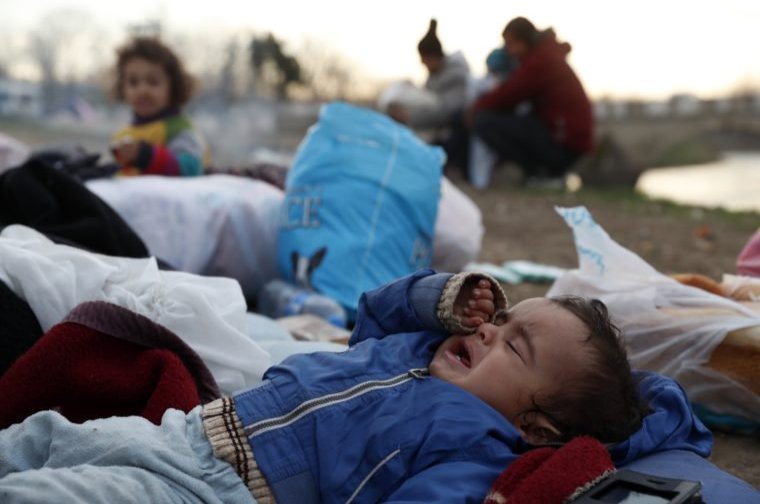 European Union border agency Frontex expects another influx of migrants attempting to cross to the continent when Turkey lifts coronavirus-related restrictions, according to German media citing a Frontex internal report.

The Frontex document, dated May 5, states that once restrictions are eased in the Turkish provinces of Çanakkale, Istanbul and İzmir, massive movements of migrants toward the Greek-Turkish border could follow, newspaper Die Welt reported Friday.

The report from the EU agency, which is tasked with controlling the Schengen Area border, adds that an additional 262 police officers from other regions of Greece have been sent to the area surrounding the Evros river, a conflict hot spot.

At the end of February and early March, thousands of migrants approached the Turkish-Greek border and attempted to cross into Europe, after Ankara's decision to stop blocking them from reaching Greece and thereby entering the European Union.

Ankara had tried to persuade the EU to speed up the transfer of billions of euros in aid for accommodating migrants in Turkey as part of a 2016 migrant deal.

Turkey announced in March that it would no longer halt migrant crossings to Europe after 34 soldiers were killed in an attack by Bashar Assad regime forces in northwestern Syria’s Idlib province.

Turkey has intercepted 1.2 million irregular migrants and over 27,000 human traffickers over the past five years, according to data from the Directorate General of Migration Management.

Turkish officials have criticized European countries for ignoring calls to take action to prevent the humanitarian crisis in Idlib.

More than a million Syrians have moved toward the Turkish border due to Assad regime attacks that indiscriminately target civilians, hospitals, schools and other infrastructure.