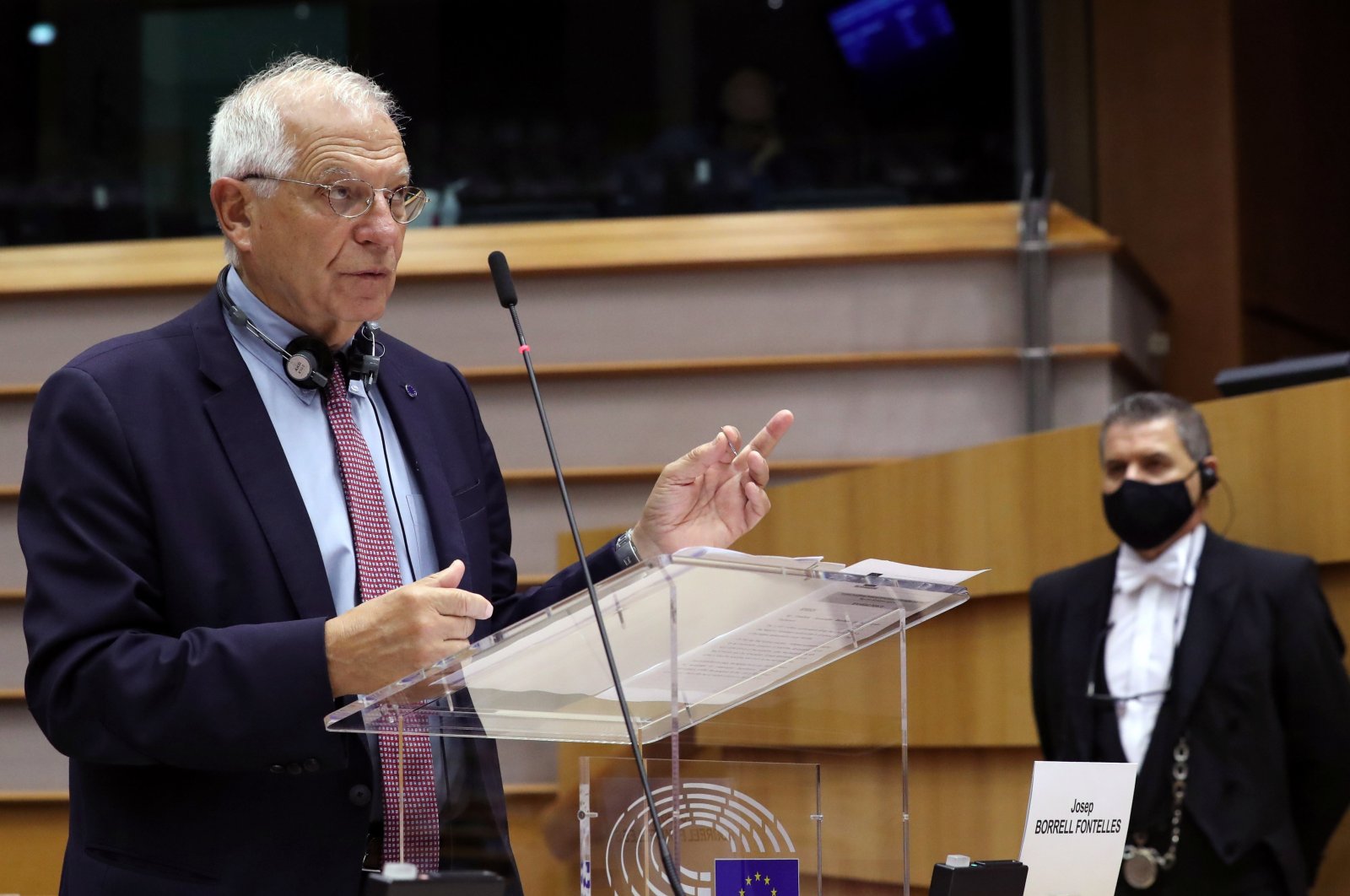 The EU's diplomatic chief on Sunday expressed his deep concern over reports of violations of a cease-fire as Armenia carried out attacks targeting civilians in Azerbaijan's Ganja region where the two countries are involved in a conflict over the occupied Nagorno-Karabakh region.

"We note with extreme concern the reports of continued military activities, including against civilian targets, as well as civilian casualties," EU foreign policy chief Josep Borrell said in a statement.

The EU's 27 member states "urge the sides to ensure full respect of the agreement on the ground," Borrell added.

Borrell pushed the sides "to engage in substantive negotiations without delay under the auspices of the so-called 'Minsk Group.'"

The statement came after a cease-fire on Saturday was swiftly broken by Armenia, which carried out attacks targeting civilian areas in Ganja, which left nine dead.

Borrell welcomed the cease-fire and called on all sides to "strictly abide" by it.

Fighting in the region broke out on Sept. 27, when Armenian forces targeted civilian Azerbaijani settlements and military positions, leading to casualties.