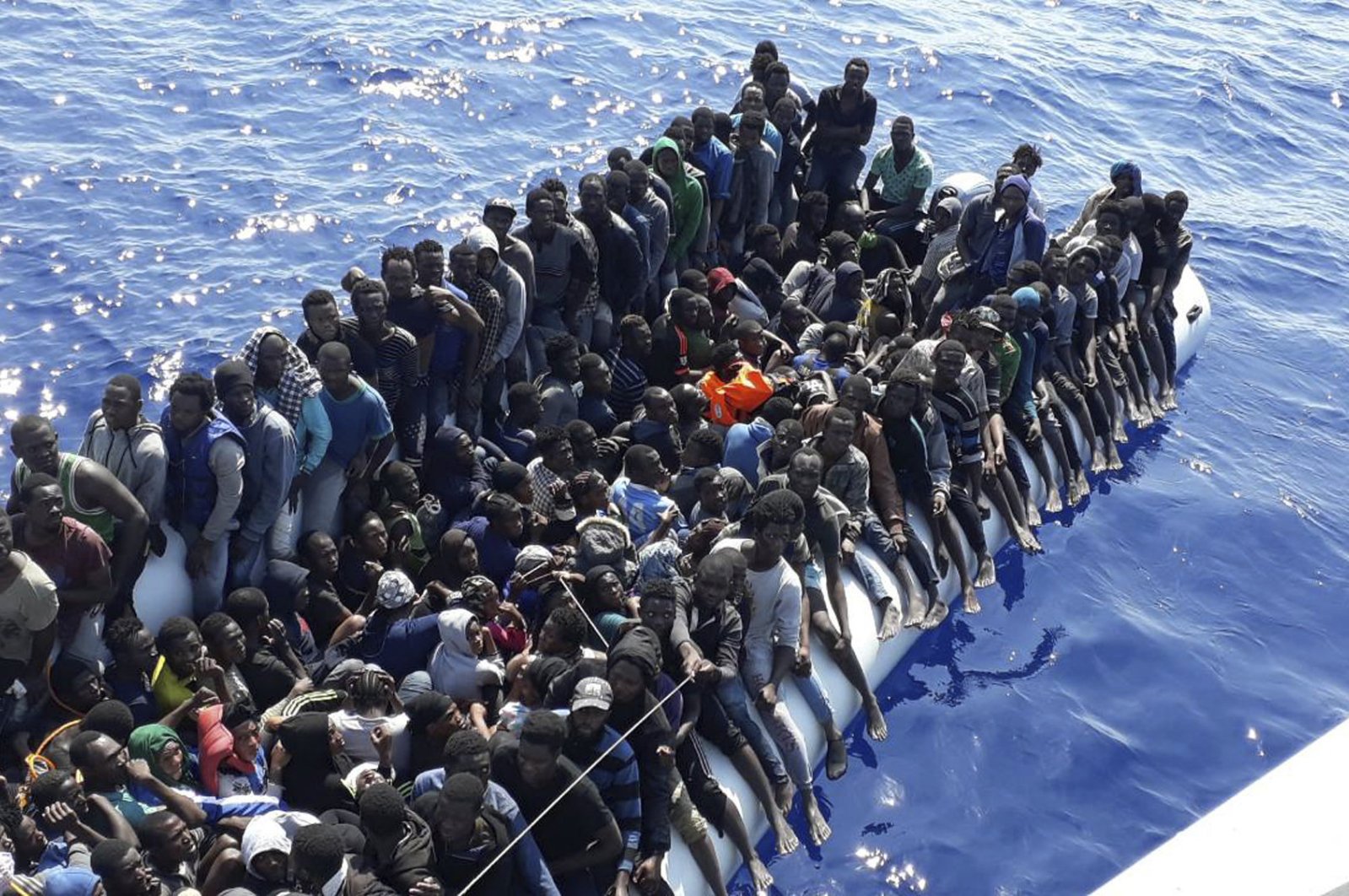 A file photo provided by the Libyan Coast Guard shows migrants on a ship intercepted offshore near the town of Gohneima, east of the capital, Tripoli, June 24, 2018. (AP Photo)
by DAILY SABAH
Mar 23, 2020 11:21 am

The European Union and Italy are assisting human rights abuses through their indispensable support to the Libyan coast guard which identifies refugees and migrants at sea and orders commercial ships to intercept and return them to torture and inhumane detention conditions in Libya, The New York Times reported.

Reportedly, as in the incident when the Panther, a German-owned merchant ship, was ordered by the Libyan coastguard – working closely with its Italian counterpart – to intercept 68 migrants on Jan.11, commercial ships were frequently ordered by officials to take migrants trying to cross the Mediterranean and bring them back to Libya. Humanitarian rescue ships, on the other hand, take the migrants to Europe, citing international refugee law, which forbids returning refugees to danger; therefore, these ships are not preferred, the article said.

“After the Panther arrived in Tripoli, Libyan soldiers boarded, forced the migrants ashore at gunpoint and drove them to a detention camp in the besieged Libyan capital,” it said.

“We call them privatized pushbacks,” said Charles Heller, the director of Forensic Oceanography, a research group that investigates migrant rights abuses in the Mediterranean. “They occur when merchant ships are used to rescue and bring back migrants to a country in which their lives are at risk – such as Libya.”

Since 2018 there have been about 30 such returns, involving roughly 1,800 migrants, in which merchant ships have either returned migrants to Libyan ports or transferred them to Libyan Coast Guard vessels, according to data collated by the Times and Forensic Oceanography. The real number is likely to be higher.

Armed conflicts in Libya have deepened the humanitarian, political and security crises since the conflict erupted between the two rival factions that emerged following the ousting of late ruler Moammar Gadhafi in 2011 – namely, eastern-based putschist Gen. Khalifa Haftar and the U.N.-recognized Government of National Accord (GNA) in Tripoli. Haftar is primarily supported by Egypt and the United Arab Emirates, while the GNA in Tripoli enjoys U.N. and international recognition. Although a cease-fire was reached on Jan. 12, following U.N.-led diplomatic negotiations for a peaceful political solution, forces loyal to Haftar have repeatedly violated the truce.