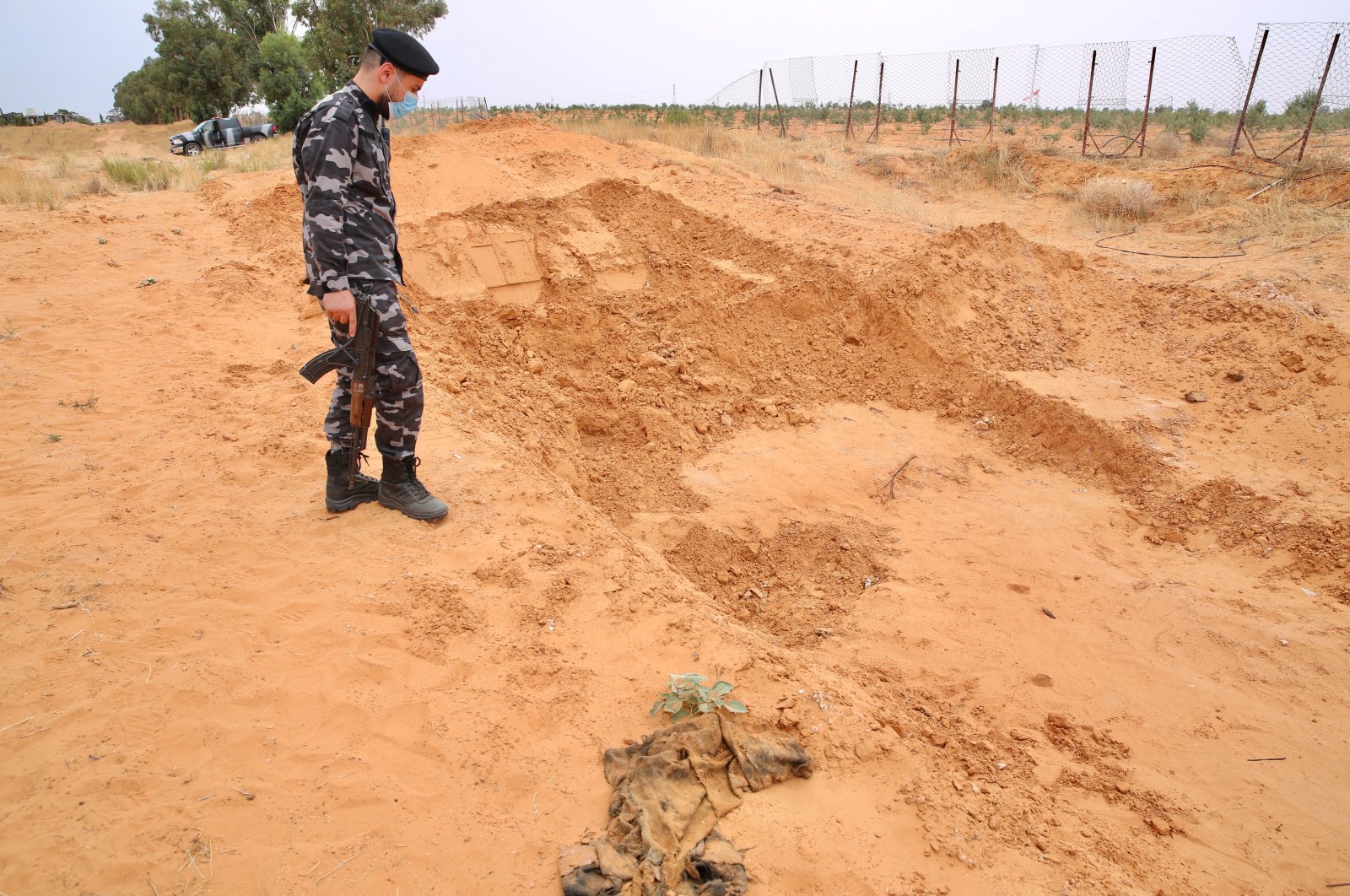 The European Union and the Libyan government called for an independent investigation to be launched into mass killings by putschist Gen. Khalifa Haftar’s forces after more than 100 bodies were discovered in the city of Tarhuna, which was liberated by the Libyan Army on June 5.

“The reported discovery of eight mass graves around Tarhuna in northwestern Libya is profoundly disturbing,” EU Foreign Affairs chief and Vice President of the EU Commission Josep Borrell said in a statement Tuesday.

Borrell continued by saying that an immediate independent probe needs to be launched to verify the findings and bring the perpetrators to justice.

Calling on human rights organizations and the International Criminal Court (ICC), the statement said they should take action and bring the murderers to justice.

Libya announced that it had discovered 106 bodies, including those of women and children, at a hospital in Tarhuna soon after the city was liberated from Haftar's forces.

The internationally recognized Libyan government has been under attack by Haftar's forces since April 2019, with more than 1,000 people killed in the violence.

The government launched Operation Peace Storm in March to counter attacks on the capital and recently regained strategic locations, including al-Watiya air base and Tarhuna.