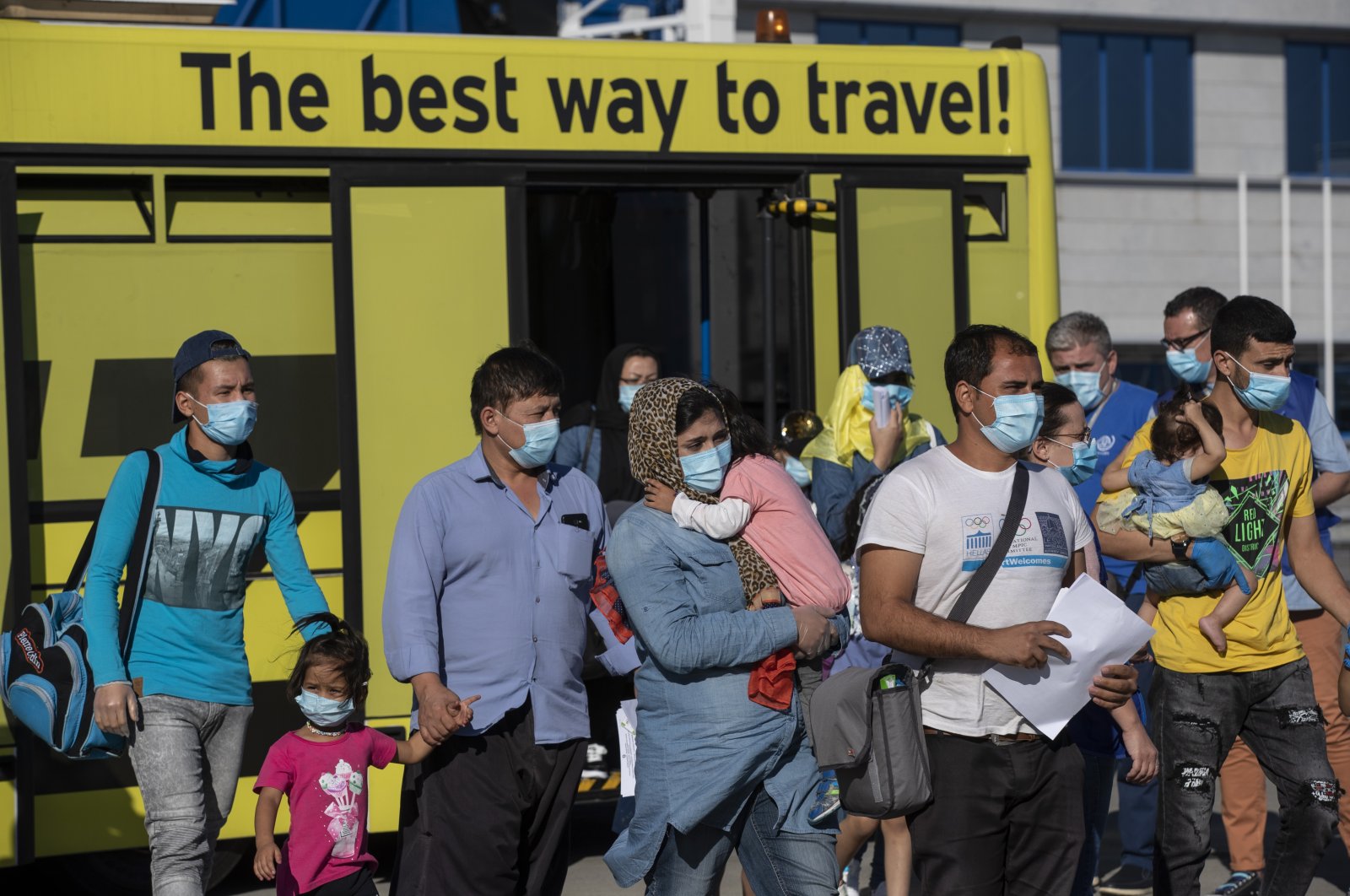 Nearly 100 vulnerable asylum-seekers including minors have been relocated from Greece and the divided island of Cyprus' Greek side to Germany and Finland, the European Union's asylum coordination agency said Wednesday.

The first relocation – of 83 people from families with seriously ill children from Greece to Germany – took place on July 24, the European Asylum Support Office (EASO) said.

This was part of an ongoing EU scheme to relocate 1,600 minors to various European countries.

In a separate move not part of the EU initiative, 16 Somalis and Congolese from single-parent families were relocated from Cyprus to Finland on July 27.

All were tested for COVID-19 before leaving Cyprus and Greece, EASO said.

The program is supported by the European Commission, the United Nations High Commissioner for Refugees (UNHCR) and the International Organization for Migration (IOM).

Greece has some 5,000 migrant minors, most of them living in unsanitary conditions in refugee camps, or in housing not suitable for them.

Greek islands lying close to Turkey have in particular been swamped by asylum-seekers and other migrants, and squalid camps have sprung up, fueling tension with local populations.

Tens of thousands of asylum-seekers have been blocked in Greece since 2016, when many European states shut their borders in response to a surge in migration and refugees, mainly from war-torn Syria.

Around a dozen European countries have agreed to make an exception for minors.

A small number have already relocated to Portugal, Luxembourg and Germany.

Belgium, Bulgaria, Croatia, France, Ireland, Lithuania, Serbia and Switzerland have agreed to welcome some as well.

With the outbreak of the coronavirus disease, which has affected almost every country in the world and has claimed the lives of tens of thousands of people, overcrowded places such as jails and detention and immigration centers with inadequate health care systems now pose a greater risk for being infected with the virus.

Research by the Human Rights Watch (HRW) has documented that children face arbitrary and prolonged detention and abusive treatment in unsanitary and degrading conditions, including detention with adults and ill treatment by police. “They are often unable to get medical treatment, psychological counseling, or legal aid, and few even know the reasons for their detention or how long they will be behind bars,” it said, highlighting that detention has a serious, long-term impact on children’s development and mental health, including higher levels of anxiety, depression and post-traumatic stress.

The HRW reminded that in 2019, the European Court of Human Rights (ECHR) had ruled twice against Greece’s abusive practice of detaining unaccompanied children, finding that their detention violated their right to liberty and that conditions exposed them to degrading treatment.

Greece has been frequently criticized for its questionable practices and policies toward migrants. The Greek government last month also suspended access to asylum for 30 days for people irregularly entering the country. The suspension is a violation of international law, as the Universal Declaration of Human Rights and the EU Charter of Fundamental Rights both guarantee the right to seek asylum. Accordingly, on March 17, the Greek government, as part of its response to the virus, announced that they were planning to transfer those detained and others who arrived on the islands after March 1 to closed facilities on Greece’s mainland.