EU renews sanctions on Assad regime for one year 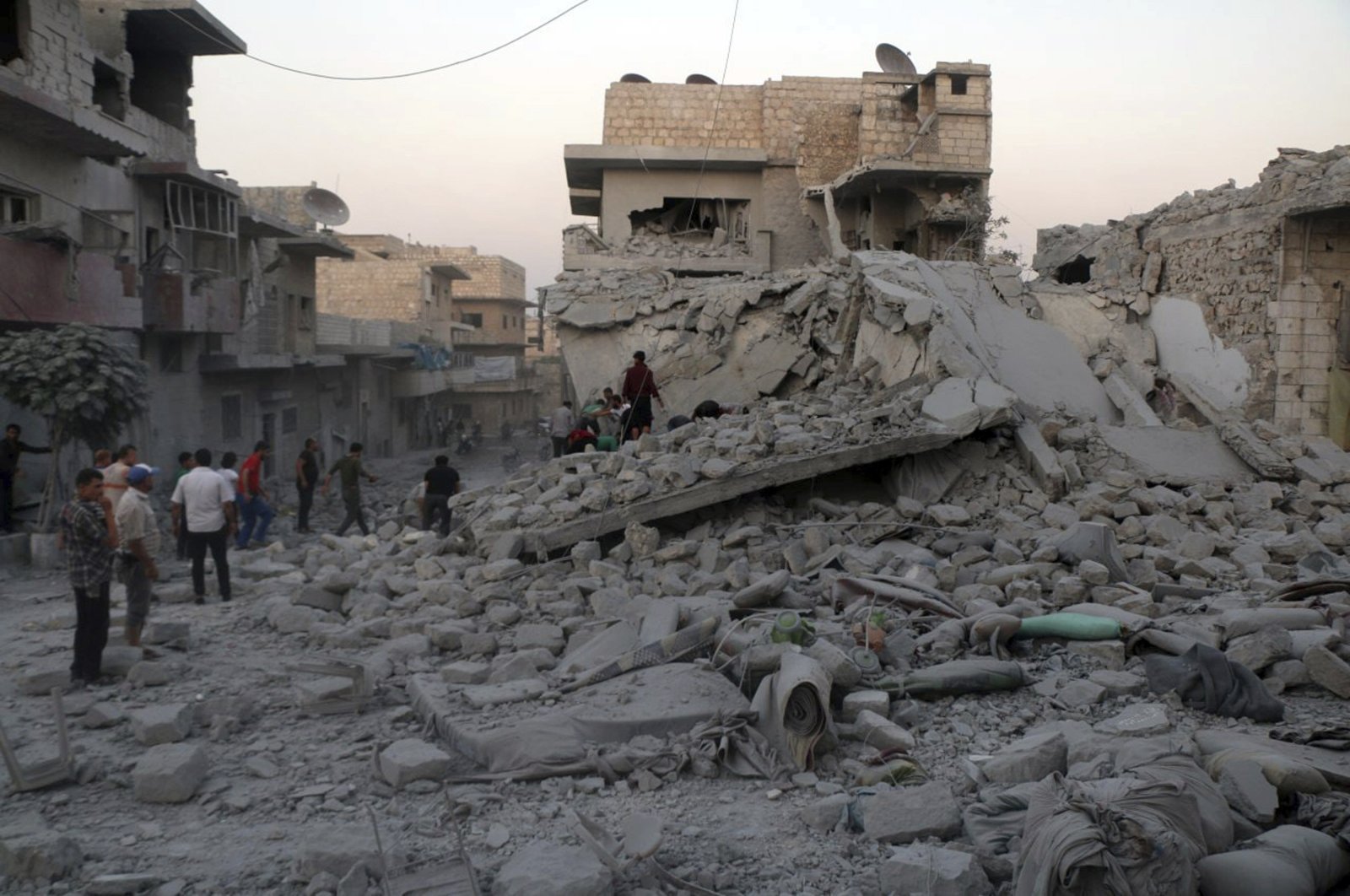 People searching for victims under the rubble of destroyed buildings that was hit by Assad regime's airstrikes in the northern town of Maaret al-Numan, in Idlib province, Syria, Aug. 28, 2019. (AP Photo)
by Compiled from Wire Services
May 29, 2020 11:26 am

European Union foreign ministers on Thursday decided to extend sanctions on Syria's Bashar Assad regime and its supporters by one more year over the regime's continued crackdown on civilians in the conflict-torn country.

The European Council, headquarters of the 27 EU countries, said in a statement Thursday that the sanctions would be extended until June 1, 2021, more than a decade after the conflict began, "as the repression of the civilian population continues."

"EU's sanctions target those responsible for their suffering, members of the Syrian regime, their supporters and businesspersons who finance it and benefit from the war economy," EU foreign policy chief Josep Borrell said.

"The Syrian people have had to draw on extraordinary reserves of resilience," Borrell also said, and he added that the bloc "determined to continue its support to the Syrian people and remains committed to using every tool at its disposal to push for a political solution to the conflict that would benefit all Syrians and put an end to the ongoing repression."

The Syrian conflict is now in its 10th year. The United Nations says that over half the population has been forced to flee their homes, more than 11 million people – nearly 5 million of them children – need humanitarian assistance, and almost 8 million people don’t have reliable access to food, while hundreds of thousands of people were killed.

The EU banned the travel and froze the assets of members of the Assad regime, as well as companies and business people benefitting from their ties with the political elite.

The European assets of the Syrian central bank are also suspended, as well as the import of oil.

The EU also restricted the export of equipment and technology that might be used for internal repression, including the monitoring or interception of internet or telephone communications.

Currently, 273 people and 70 entities are on the EU's blacklist in connection with the Syrian conflict.

Today's decision removed one company from the list for stopping their sanctionable activities, as well as two deceased people.

The EU says the measures are designed to avoid hindering the delivery of humanitarian aid. No food or medical equipment is targeted. The EU first imposed its sanctions in May 2011.

In contrast to the EU's negative approach toward the Syrian regime, Russia continues its close cooperation and alliance with Assad.

President Vladimir Putin has ordered Russia’s defense and foreign ministries to hold talks with the Assad regime to obtain additional facilities and maritime access for Moscow in Syria, the Interfax news agency cited a government resolution as saying on Friday.

Russia has two permanent military facilities in Syria, an airbase in the Latakia province used for airstrikes against forces opposing Assad, and a naval facility at Tartus on the Mediterranean.