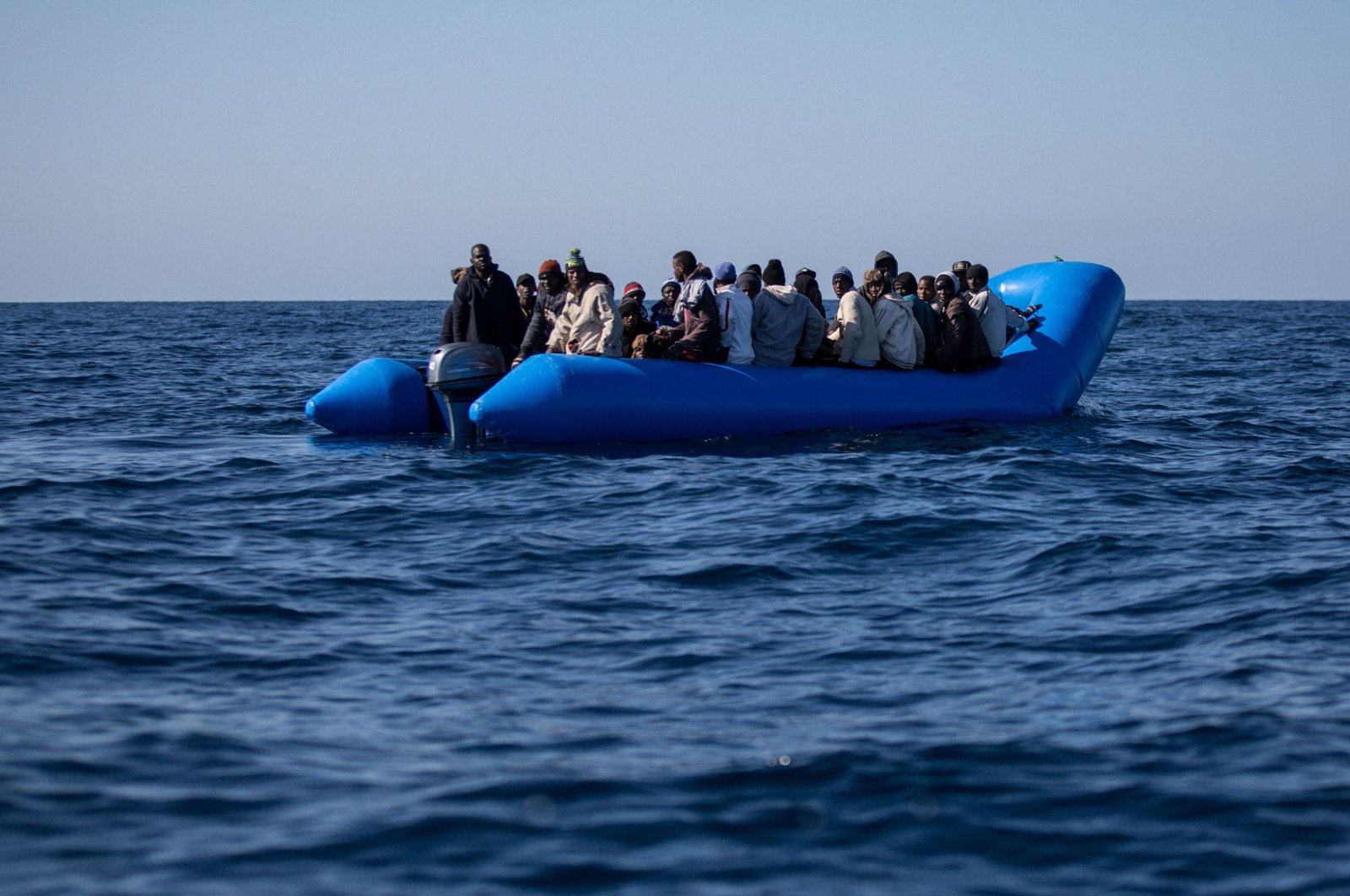 An inflatable boat with 47 migrants on board is pictured while being rescued by the Dutch-flagged Sea Watch 3 off Libya's coasts, Jan. 19, 2019. (AFP Photo)
by Daily Sabah with Reuters Mar 27, 2020 11:10 am
Edited By Dilara Aslan
RECOMMENDED

The decision, which was delayed by divisions over migrants, followed warnings by EU foreign affairs chief Josep Borrell that the bloc risked becoming irrelevant if it could not act.

"Greece has allowed disembarkation (of rescued migrants) in its ports," said an EU diplomat involved in the negotiations, adding that other EU governments agreed to help cover the harbor costs of bringing those rescued onshore to avoid more financial pressure on Athens.

The EU had met on Monday but could not conclude a decision due to disagreements over the details of the mission. Italy's Foreign Minister Luigi di Maio said his government still rejects using its ports to disembark such migrants, insisting it needs to focus its energies on fighting the novel coronavirus pandemic. Austria, backed by Hungary, on the other side, argued against redeploying vessels, fearing that they could make the idea of migration more appealing because it would increase the chances of being rescued.

An effective arms embargo is seen as crucial to stabilizing Libya, where the United Nations-recognized Tripoli government is under attack from the forces of putschist Khalifa Haftar, who controls much of the country's south and east.

The new mission replaces Operation Sophia, set up in 2015 to fight human trafficking across the Mediterranean at the height of Europe's migrant crisis.

Since the ousting of late ruler Moammar Gadhafi in 2011, two seats of power have emerged in by Libya: Haftar in eastern Libya, supported mainly by Egypt and the United Arab Emirates, and the Government of National Accord (GNA) in Tripoli, which enjoys U.N. and international recognition. The conflict that has been going on for years, has caused the displacement of many, while some refugees also take their chances to cross the Mediterranean.