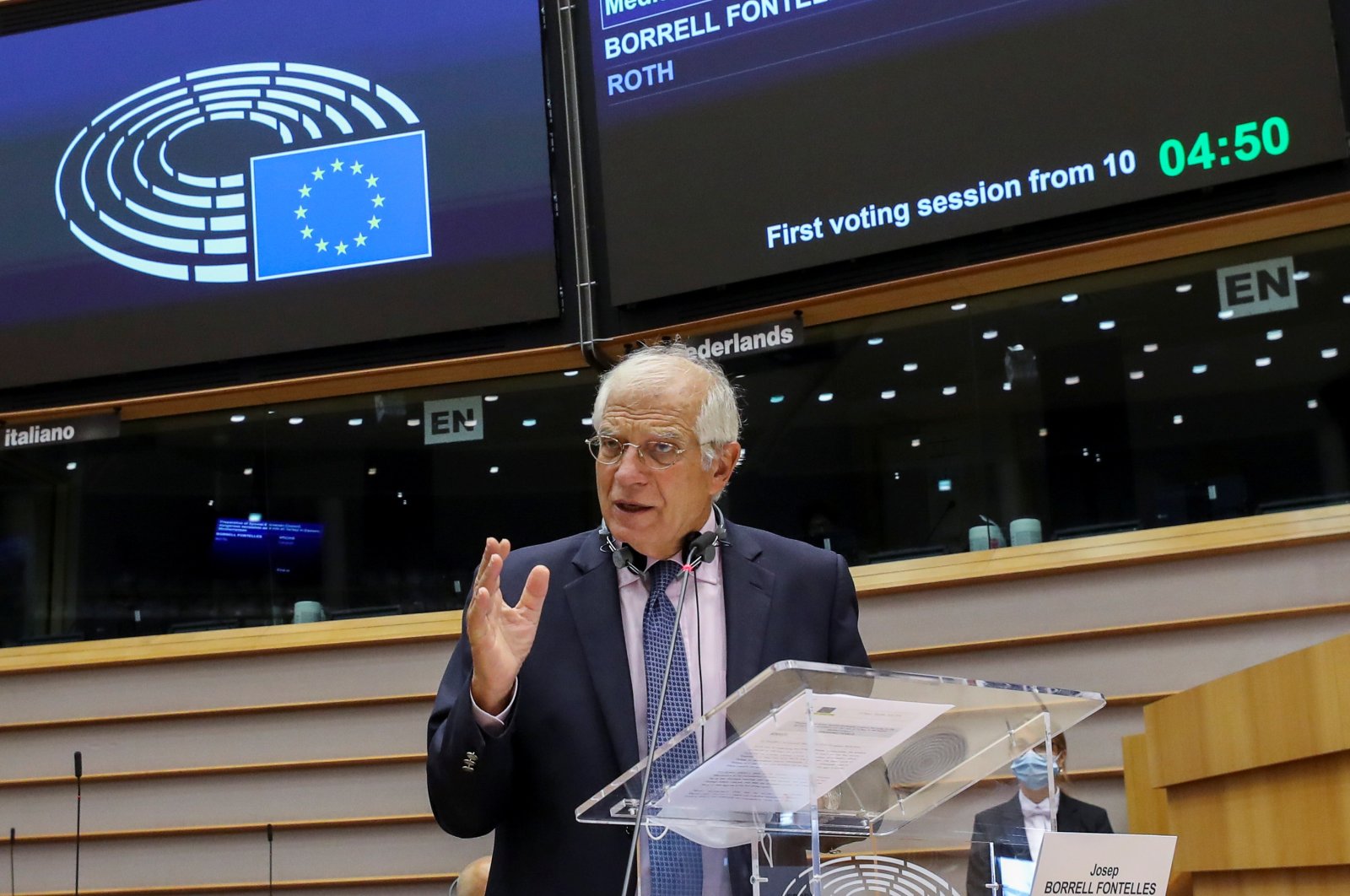 The European Union’s relationship with Turkey is at a turning point, the bloc’s top diplomat said on Tuesday, urging Ankara to "back down" from tension in the Eastern Mediterranean.

Ties “are at a watershed moment in history, which will go to one side or the other, depending on what happens in the next days,” EU foreign policy chief Josep Borrell told the European Parliament.

Referring to Turkish seismic vessel Oruç Reis' pause of hydrocarbon exploration activities in the region as a "positive step," Borrel said that this step signals that there is room for dialogue in solving the problem.

Borrel added that it is "clear" that conflict with Turkey, a valuable neighbor of the EU, will not bring any peace.

"Since we cannot change the geography, we will continue to be neighbors," he said, pointing to Turkey's importance, especially when it comes to handling the refugee crisis.

Mentioning Russia, China, and Turkey as the "great empires of the past," the top diplomat stated that old empires are coming back, which creates a new diplomatic environment that requires different methods.

EU leaders are set to meet next week to discuss Turkey.

Ankara has consistently opposed Athens' efforts to declare an exclusive economic zone based on small Greek islands near Turkish shores, violating the interests of Turkey, the country with the longest coastline in the Eastern Mediterranean.

Ankara has also said energy resources near the island of Cyprus must be shared fairly between the Turkish Republic of Northern Cyprus (TRNC) and the Greek Cypriot administration. Although the dispute is decades old, huge offshore natural gas sites discovered in recent years have intensified the quarrel.